Making a comparison between the name Victoria and its meaning is not accidental. Especially when after the name, cognomen Beckham follows. Vilified, blamed, given as a bad example, but why not a good mother and kind wife? It seems that Victoria Beckham can afford being all that. Born in Britain, she does not like being called “Vicky”, but she prefers call her “Posh” which stands for elegant, chic, luxury, first class 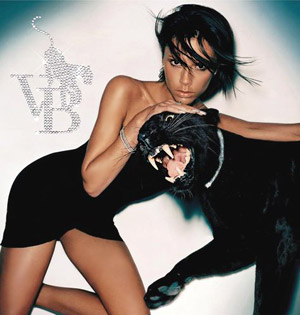 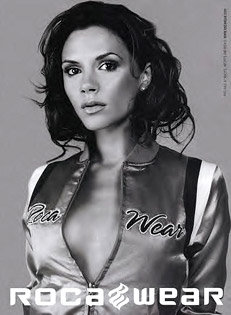 Through the years Victoria Beckham sets up her image as being an elegant, sexy, serious, ambitious young woman who follows her dreams. People who don’t like her claim that she is too “cold”. She answers the charge like this: “I started to smile... I got an artificial smile under control; a smile which in fact is not a smile”.

This strong and powerful businesswoman, designer, author, singer, hasn’t always been like this. Growing up, she don't like being driven to school in her father's Rolls Royce. She remembers those days when she was outsider. “Children often mocked at me and they were throwing objects on me. There was no one next to me. I was all by myself. I had no friends”. But she overcomes isolation and later she realizes what to do with her life – she wants to be a star. She enters a theatrical college where she practices her vocal and dance abilities. And...success comes to her. 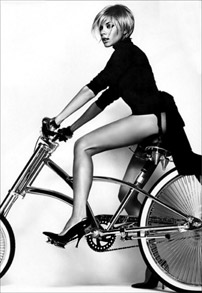 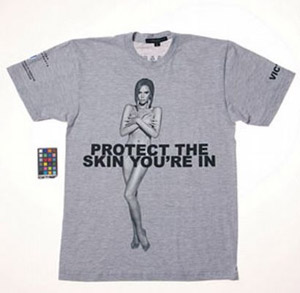 Everything starts in March 1993 with an ad in a newspaper. A new girl band is formed. Its initial name is “Touch” but then it is transformed to „Spice Girls”. The group becomes fantastically successful, achieving international fame – it becomes symbol of a whole generation. Millions of fans and sold albums, participation in advertisements, tours, even an autobiographical movie about the band. But as it often happens in life, each fairy-tale has its end and the band breaks down. But Victoria tries to continue as a solo artist. 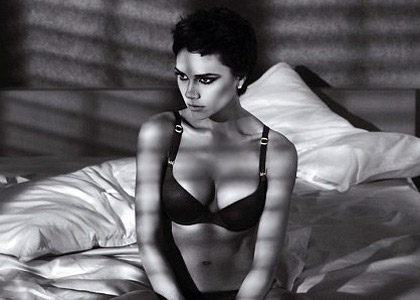 On 13th September 2001 Victoria publishes her first book "Learning to fly" in which she describes her childhood, her love stories and her life with “the girls” (“Spice Girls”). In 2006 her second book appears. It is called “That extra half an inch : hair, heels and everything between” and contains advices about style and beauty. The book includes photographs by Mario Testino, Annie Leibovitz and Steven Meisel. In a 2005 interview Victoria admits that she hasn’t read even a book through her whole life. We can only guess whether it is true or not. When she moves to Spain together with her husband and family she admits: “I improve my Spanish and I can already ask: „Donde Gucci?” (“Where is “Gucci”). I can also say: „Tienes un Bentley?” (“Do you have „Bentley”?)”.

Victoria has always had an attitude towards fashion. She has a sense of style and her simple aesthetics is unique. Her favorite designers are Dolce & Gabbana and Donatella Versace. That's why nowadays Victoria is much known as a fashion icon than a music star. In 2000 she takes part in London fashion week where she makes her debut as a model. Then participations in Rock&Republic’s and Roberto Cavalli’s fashion shows follow. 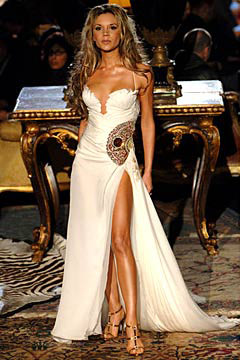 It seems that Mrs. Beckham has everything – a successful career, handsome and rich husband and three sons. But what’s her secret for perfect figure and perfect look? “I run eight kilometers per day” she says. “Then I do my make-up and my hair-style. I try on clothes, I chose shoes, I combine colors. That’s how I turn into Victoria Beckham. I turn into this person and I start to play a role which has different nuances. But this role is real, because in fact that’s me”. Except her role in life, she participates in some movies - „Spice world” (full-length movie about the band); “Victoria’s secrets”, “Being Victoria Beckham”, “The real Beckhams”, “Victoria Beckham: Coming to America” (reality formats). She takes part in an episode of “Ugly Betty” serial as well in the reality competition “Top designers”. 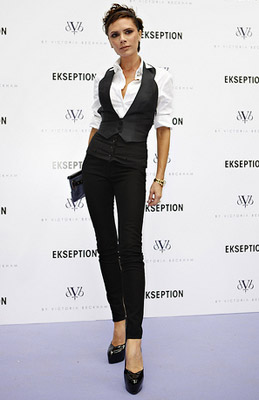 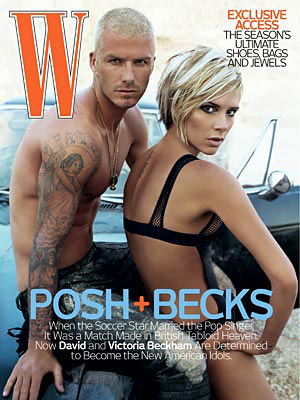 Victoria Beckham is a winner and fate protects her. She is ambitious, brave and real but also she is direct, arrogant. All this is part of the image of the rich English girls. And image is so important to Victoria that she has turned it into science. 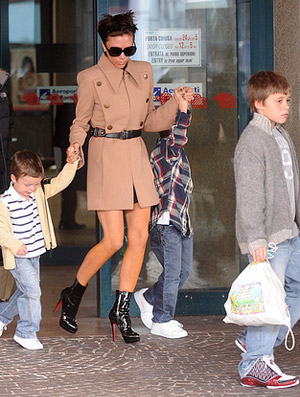 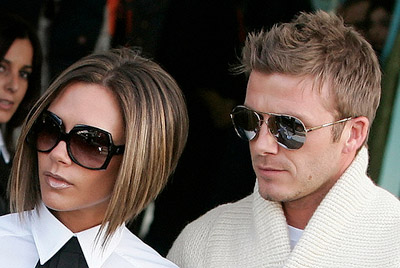 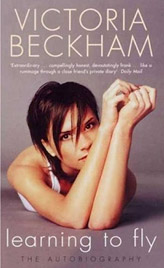 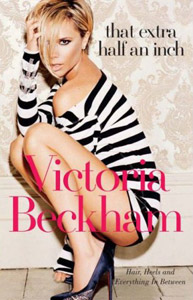 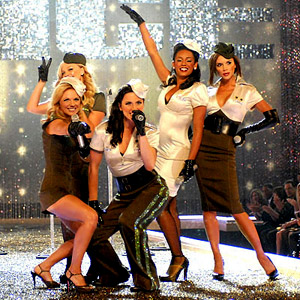 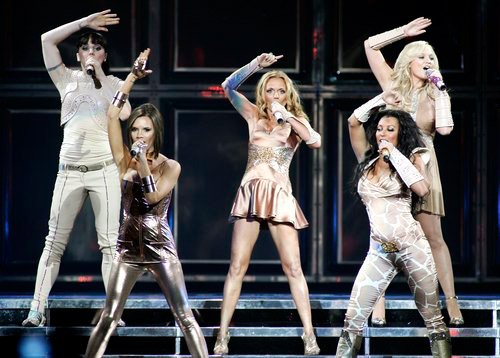 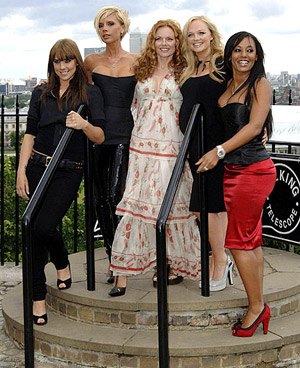 1.Victoria Beckham on the cover of the album “VB”

8. Victoria during the opening of her jeans’ line.

9. Victoria and David Beckham on the cover of “W” magazine.

12. David and Victoria Beckham arrive at the Rome airport to attend the wedding of Tom Cruise and Katy Holmes.