HAS THE ROYAL WEDDING BECOME FOLK?

Harry and Meghan sent messages of emancipation, equality, and welfare 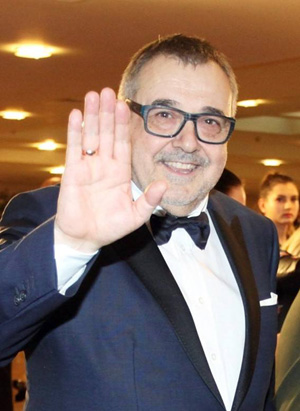 The Royal Wedding of Harry and Meghan rightly prompted a multitude of mixed comments. Some of them absolutely profane and ignorant, while others outright fake and pretentious. One of the claims that is absolutely stupid and flat and has recently grown in popularity is that the whole event was 100% PR. It is true that Meghan and Harry's marriage ceremony is a special event of the highest rank at an extraordinarily large scale. However, this is not something new. It is in the normal spirit of British monarchical tradition. It is true that the royal wedding is a great way of branding monarchical values (in this case we can even say that it is rebranding).

However, this public communication, which has attracted the attention of the whole world like a magnet, has a solid foundation. This foundation is the new reformist thinking and behavior of Harry and Meghan on social and gender equality, against discrimination, to the benefit of both the ordinary people and those who are suffering. What happened at Windsor Castle and St George's Chapel will surely pour fresh blood into the Royal Institution, it will help build its image and reputation constructively and effectively.

The messages shown at the royal wedding, which include the dress code, the environment, the dramaturgy and the ritual, are integrated in the direction of noble purposes, goals that aim to achieve good, help and understanding. I was sure that Meghan's bridal dress (a work of British designer Claire Waight Keller for Givenchy) would not be spectacular, lush and too rich and gaudy, because the bride's communication and cultural strategy implied more restraint, simplicity and clarity.

Meghan's dress, with which she said "Yes" to Prince Harry, clearly differentiated herself from the royal pomposity in favor of modern sophistication. The dress and the veil (5 meters long) were made of genuine silk crepe, organza and lace. Among the top designer achievements were the embroidered flowers typical of each of the 53 countries that are part of the United Kingdom. The very choice of "Givenchy" fashion house, which has been associated for decades with the beauty and style of the famous movie star Audrey Hepburn (a close friend and muse of Count Hubert de Givenchy), symbolized the wish of the bride to make a cultural reference to one of the most influential American actresses.

Whether the royal wedding has become folk, we will have to see with time and with the acts of the newly married royal couple. It is certain, however, that this new and beautiful union in the name of love, marriage and family already sends signals based on good, freedom and justice, as well as multiculturalism and emancipation – racial, feminine, human...