THE EARRINGS – WITNESS OF THE HUMAN HISTORY

No, surely we don’t intend to explain you what the earrings are... There isn’t a man who doesn’t know how they look like and what is their function. We just remembered that there are some interesting facts which search and discovery at first sight could seem like a waste of time. And because we are curious and we strive to be always interesting and in favor of our readers we ask you: 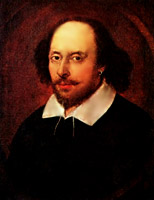 Do you know that...
... earrings are the oldest form for achieving change of the body;
... at the ears of ancient Egyptian mummy, kept today in Italy are visible clearly the marks of two earrings – a sign that this tendency is not invented nowadays;
...one of the first proofs for men with earrings are drawings, discovered at the walls of Persepolis in Persia;
... in ancient Rome the quantity of gold that could be worn at the ears was defined by the low;
... the earrings to a such degree have lost their popularity in the 50s that ladies with holes in the ears were announced “socially inappropriate”;
... there were times when earrings were more popular among the men than among the women;
... Julius Caesar, Shakespeare and Sir Francis Drake were admirers of this accessory;
... in the south parts of today’s India, children – boys and girls – receive their first earrings at a special ceremony before their fifth birthday. This can happen even some days after the birth;
... in 2006 Harry Winston and his atelier created earrings from two identical diamonds with the shape of a drop in platinum facing. These are 60.1 carats valued at 8.5 US dollars. 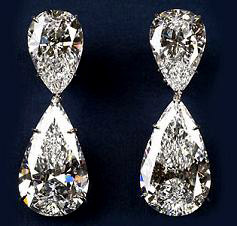 Photos:
1. William Shakespeare him self was wearing earrings.
Photo: departments.oxy.edu
2. Rare model earrings that could be found only at an Indonesian island
Photo: www.organicjewelry.com
3. The most expensive earrings
Photo: www.elitechoice.org