Spring is the freshest and powered with positive emotion season, but it might be dangerous. The spring, a precursor of the fine weather, can find to be a nightmare for the allergic to pollens people. Because just this is the season of the red eyes and of the running nose, accompanied by an often sneezing and by a splitting headache. Every year more than 1/3 of the people in the world suffer from a hay fever. This is an allergic disease with a season character, in which in most cases it is recommended an absolutely evasion of the contact of the sick with pollens. 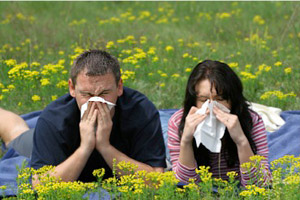 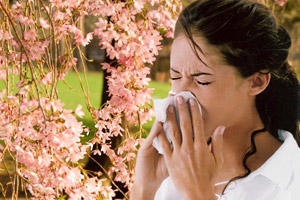 The itches at the soft palate and at the internal ear are especially unpleasant, with whom the patients cope difficult. In more rare cases appears a dry irritation cough or a permanent „clearing” of the throat. 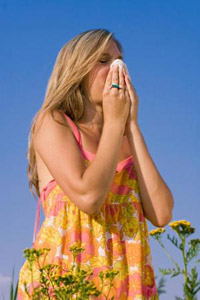 The condition declines from bright light and it provokes from walks at open air.

Usually the bleats are persistent and continue for many years. Even sometimes it is necessary during the active blossoming season the more allergic people to move to live in other regions.

The stamen pollen causes the hay fever in the blossoming season. The symptoms shows in a personal way to the different people, but as a whole they are characterized with an itching in the nose and in the throat, following by a headache, a multiple sneezing, nasal obstruction and secretion of clear liquid from it, itching in the eyes and oozing. 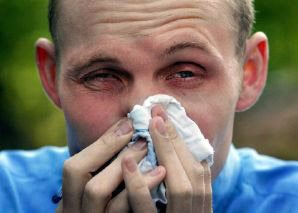 The organism of the allergic people reacts sharply against spores of the pollen. The symptoms of hay fever appear, when the granules of the pollen surpass 50 at cube meter in the air. Some people perceive the pollens as alien and noxious substances and their organism reacts sharply to them. It is wrong the comprehension, that the immune system of the allergic people is weaken, just on the contrary – it is too active. At the meeting with “irritating factors” in their organism it is transpired histamine that is the main culprit of the well-known bleats: permanent sneezing, abundant cold, tumefaction and oozing of the eyes, conjunctivitis. 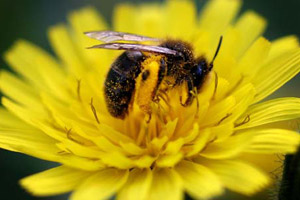 Although the most of the people think that the hay fever is chronic disease for which a cure doesn’t exist, it is proved that the regular and the accurate treatment requires some time, but it is definitely effective. One of the best medical miracles in this respect is the treatment with homeopathic medicines, that is to say – with natural products, that don’t hide a risk of side and unwished effects. The homeopathic medicines help the organism, as they mobilize it to cope alone with this problem from here on.

The homeopathy is also a perfect way for prevention of the hay fever. If the treatment starts at least a month before the blossoming season, it protects from developing of the bleats in the months of May and June. 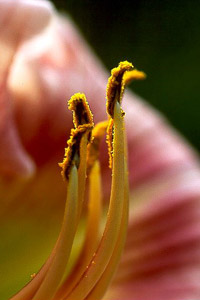 Here are some effective advises, that would help to ease your symptoms of hay fever: 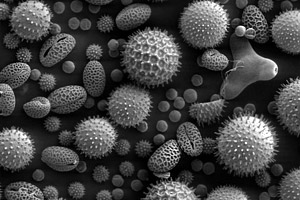 1. – 4. From hay fever suffer as children, as well as adults, as women, as well as men.
5. – 6. The pollen strongly provokes the hay fever.
7. Photo of pollens under a microscope.
Photo: www.wikipedia.org, www.telegraph.co.uk, www. sciencedaily.com