THE BIG WINNERS OF THE GOLDEN GLOBE AWARDS 2019

The award ceremony for the 76th Golden Globes Awards took place at the Beverly Hills in early January 2019. The statuettes were awarded in 14 film and 11 television categories. The big winner of this Golden Globes release is the Green Book, which was awarded the best movie - musical or comedy, best scenario and best supporting role for Mahershala Ali. Two statuettes were awarded to "Bohemian Rhapsody", "The Assassination of Gianni Versace: American Crime Story", "The Kominsky Method" and "Roma".

"New Theater - National Palace of Culture" organized for the third consecutive year "January - Festival of Bulgarian Drama". It is conceived as a forum for the production of theatrical productions, created by Bulgarian playwrights - classics or our contemporaries. The festival will start on January 11, 2019 and will continue until the end of the month, including "Antichrist" by Emilian Stanev, "Poruchik Benz" by Dimitar Dimov, "In the hour of the blue fog" by Peyo Yavorov, The Violin of God "by Stefan Tsanev and others.

The full program of the festival can be found here: http://theatre.art.bg/novina.php?news_id=6900

In a year full of political memories, Michelle Obama's Becoming Book, in which she describes her personal life story, heads the top-selling hardcover books for the 2018s. According to magazine "Entertainment Weekly", the book prevails over the other highly successful books, such as Bob Woodward's "Fear" and "The Hate You Give" by Andy Thomas. The book was released in mid-November and over 2 million copies were sold in the US and Canada for the record-breaking fifteen days, of which 725,000 were the first day. At the moment, Michelle Obama is on a tour that started at her old school in Chicago. She discusses some of the topics in the book, including childhood, careers and her early relationships with Barack Obama.

In a post from the social network Instagram, Britney Spears announced that it she postponing her Domination concert in Las Vegas to February 2019. The singer said she needed her personal time to look after her sick father Jamie Spears.

“I don’t even know where to start with this, because this is so tough for me to say,” she wrote. “I will not be performing my new show Domination. I’ve been looking forward to this show and seeing all of you this year, so doing this breaks my heart. However, it’s important to always put your family first . . . and that’s the decision I had to make.” “A couple of months ago, my father was hospitalized and almost died,” she continued. “We’re all so grateful that he came out of it alive, but he still has a long road ahead of him. I had to make the difficult decision to put my full focus and energy on my family at this time. I hope you all can understand” said Britney Spears.

It's been 10 years since Chiara Ferragni has released The Blonde Salad in the digital realm and to celebrate this the Italian business lady has started working on making a documentary. Directed by Italian director Elisa Amoruso and produced by MEMO FILMS SRL, the film focuses on Ferragni's personal life as well as her life as a professional who portrays the world.

Donatella Versace, Diane von Furstenberg, Jeremy Scott and Maria Gracia Chiuri, as well as academic professors, sociologists and faithful followers of Ferragni, are helping to shape the story. Influenza has already begun to film the movie, which will be available in the autumn of 2019.

Ekster® has developed the first intelligent wallet. It is the third generation - the novelty of the design with RFID protection, activated with voice commands and a battery that is charged with sunlight. Owners can now call their wallet, find it on the map or take advantage of the collaboration with Chipolo® to help find your missing items. The problem with the batteries is no longer an issue due to Ekster’s new patented solution for sunlight tracking, which with a full charge can keep the wallet up and running for 2 whole months. 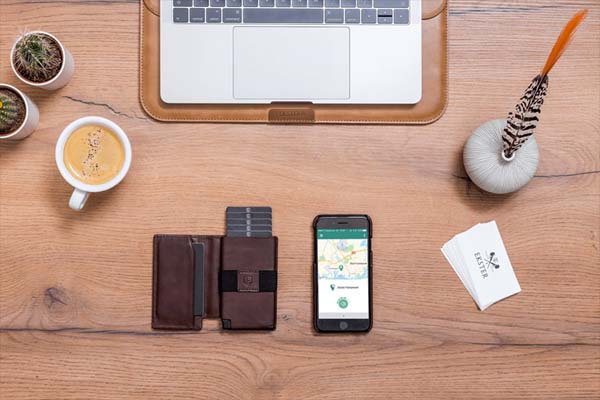