When we heart of the name of James Bond we first make associations with beauty, courage, gentlemanly behavior and...beautiful women, of course. As irrevocable part of the image and of the entourage of Bond we get used to shoulder to shoulder to him to fight glamorous and passionate lady. This classical scenario again repeats – in the new movie for James Bond, entitled „ Quantium of Solace “.

We offer you an exclusive interview with the new Bond’s girl – the Ukrainian Olga Kurylenko. But before it here is some information for her. While she is studying acting, Olga is a successful model. Still 18-years-old her face beautifies the covers of the magazines “Vogue” and “Elle”. 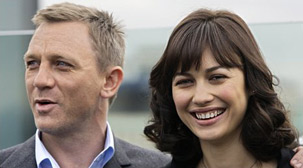 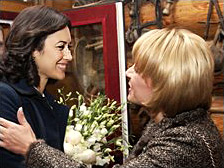 Her first role, in which she speaks in English, is the movie adaptation of ”Hitman”, and recently we had the possibility to see her in “Max Payne”.
In the interview she is speaking of the love scenes, the cascades and the meetings with the first lady of Ukraine.
With what is different Kamil (her heroine in the movie) from the previous Bond’s girls?

She is entirely different - mostly with the fact that she has a history of her own in the movie and she isn’t related with Bond. She can make all by her self and she is quite strong. 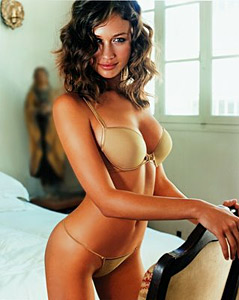 Daniel Craig received several traumas during the shooting. Did you succeed to get away safe?
I had several bruises and scratches, but it’s nothing. There was important physical preparation. I had to acquire many new skills and the cascade team was incredible. I had to make air jumps, and this was something completely unfamiliar to me.

And what was the hardest cascade?
That was the scene, where we pursued with boats. It was very difficult to do not fall, when the boat was moving with such high speed.

When you received the scenario of the movie how you react at the fact that there aren’t love scenes?
I was very happy! I got tired of playing love scenes, this isn’t what I want. It is more important to show the hero. Unfortunately many people are interested in the love scenes and don’t pay attention to the history or to the message.

Are you famous in Ukraine? You were invited in the residence this month.
Yes! They were so nice and friendly. I went with my mother. I was very happy to get back to my country – I go there only once per year, because I don’t have time. 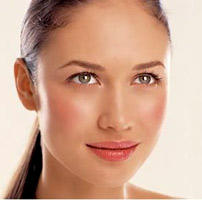 What advice would you give to the next Bond’s girl?
I would advice her to be well trained and to focus on the hero – this is the most important.