FASHION MUSEUM OF BATH – GUARDIAN OF STYLE THROUGH THE CENTURIES

In the previous issue of Fashion Lifestyle Magazine we met you with part of the exponents Fashion Museum of Bath. In this issue we will go on with our journey through the time as we will introduce you clothes and accessories from the last 20 years of 20th century. 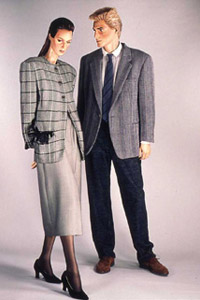 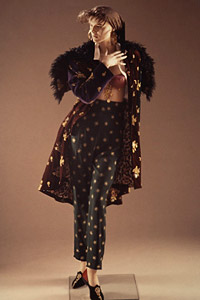 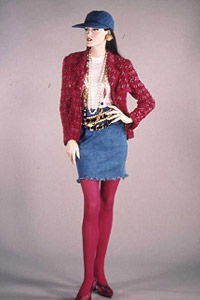 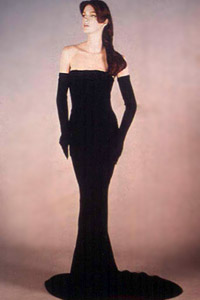 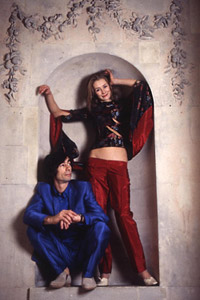 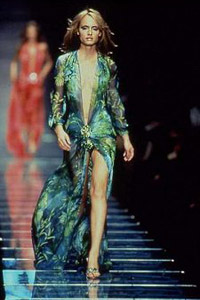 1996
Woman’s floral brocade top with hanging sleeves, worn with red ‘bumster’ trousers by Alexander McQueen
Man’s bright blue wool and rayon two-buttoned suit and shirt by Paul Smith
Chosen by Tamsin Blanchard, The Independent
2000
Woman’s dress of blue/green bamboo-print silk chiffon with jewelled clasp. Worn with jewelled, high-heeled mules. By Donatella Versace for Versace.
The dress was originally modeled on the catwalk by Amber Valetta and then became one of the most photographed dresses that year.  Jennifer Lopez and Geri Halliwell both wore the dress.
Chosen by Lisa Armstrong, The Times
2004
Oriental look evening dress that consists of a halter neck top of Bordeaux dragon print satin with a mandarin collar, a matching bustier and fishtails skirt. By Tom Ford for Yves Saint Laurant Rive Gauche.
It was worn by Nicole Kidman to the Tony Awards in June 2004 in New York.
Chosen by Sarajane Hoare, Vanity Fair magazine.
2005
Kingfisher blue silk faille balloon dress. By Alber Elbaz  for Lanvin from the Spring/Summer 05 collection.
The Fashion Museum has several pieces in the collection by Lanvin, a long-established French couture house. One particular treasure is a green shot silk dress from 1919 with the characteristic drop waist of the late teens/early 1920s. There is no doubt that the Dress of the Year 2005 - also a green silk dress with a drop waist - has a kinship with the earlier piece from the same house.
Chosen by Charlie Porter, Associate Editor of GQ and fashion columnist to The Guardian newspaper. 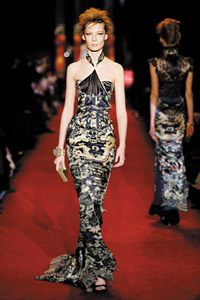 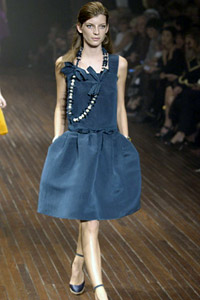