THE “METROPOLITAN” MUSEUM - THE NEW YORK NOOK OF THE FASHION HISTORY

The museum of the arts “Metropolitan” is situated at the east corner of Central Park in New York. There is a permanent collection that includes more than 2 million works of art, distributed in 19 different buildings in the museum.
The main building known like “The Met” is one of the biggest art galleries in the world. The exhibits in this collection include works of art of different nations and cultures, from different epochs and from different areas of the art. The “Metropolitan” Museum opens doors for the first time at 20th of February 1872.

In some issues of succession of Fashion Lifestyle Magazine we will meet you with more famous and interesting exhibits from “Costume institute” in “Metropolitan” Museum. 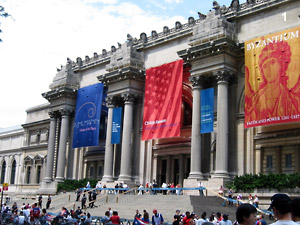 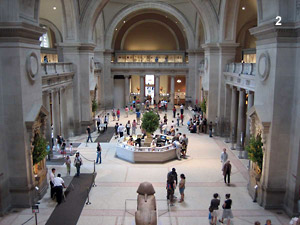 This part of the museum is built in 1937 and there are collected, kept and presented clothes from 16 century till today. The collection includes as fashion clothes, as also traditional costumes from different places in Europe, Asia, Africa and America. The archive of “Metropolitan” includes also photos and accessories, as wide library of the costume.

“Costume institute” is the place, where designers from the theatrical and textile industry, as the pupils at fashion design, students and other professionals can learn many things about the costume and about the textile materials.

Today the collection in the museum surpasses 80 000 exhibits that include as costumes, as also accessories. 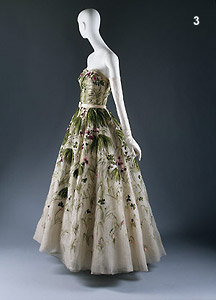 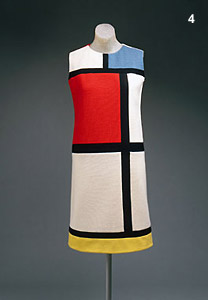 Ball dress from collection haute couture spring-summer 1953 of “Chistian Dior” – the dress is from France and it is given as a present at the museum in 1960 from Mrs. David Kluger. The name of this wonderful ball dress is “May”, it is ornamented with grassy design and flowers that are tenderly embroidered from silk threads on a basis of organza.

A dress of “Ives Saint Laurent” from collection autumn-winter 1965-1966 – it comes again from Paris and it is given as a present at the museum by Mrs. William Rand in 1969. With the making of this dress, “Ives Saint Laurent” does fashion revolution, as he changes the dresses type sack, with dresses with well underlined line and many-colored geometrical figures. The dress is a combination between jersey and French cotton.

A suit of “Emanuel Ungaro” from 1967 – it is made from cotton and it was given as a present to the “Metropolitan” Museum by Mrs. Leonard Holzer in 1970.

The fashion tendencies of this time impose the more and more shorter skirts, until they transform in shorts that are today known as “sexy trousers”. They are in combination with stockings, made from stretch lace and lace vest that completes the suit. 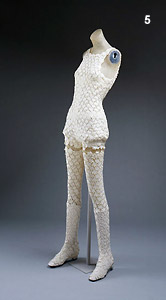 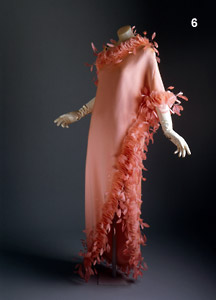 Evening dress of “Givenchy” from collection autumn-winter 1968 – 1969 – the dress is made from silk and plumes. It is given as a present to the “Metropolitan” Museum by Mrs. Claus fon Bulow in 1971. The plumes at this dress are put at the creases to create the impression for artificial profile. Around the shoulders and the neck the plumes are shorter, as they create the idea of a collar, and at the under creases of the dress they are longer, as they permit a vibrating at the walking.

MORE PUBLICATIONS:   ISSUE 10: FASHION MUSEUM OF BATH – GUARDIAN OF STYLE THROUGH THE CENTURIES
﻿