„BATA” – HISTORY OF THE SHOE

„Bata” is one of the most impressive museums of the shoe in the world. It is situated in Toronto and it is a possession of Sonia Bata. Her passion to the shoes makes her to base foundation „Bata” through those she gathers an enormous collection of unique exhibits from all over the world. After the shoes became too much to collect them at home, in 1995 Sonia Bata and her husband create a museum of the shoe „Bata”. It is from the high level and today it is chief tourist destination in Toronto. 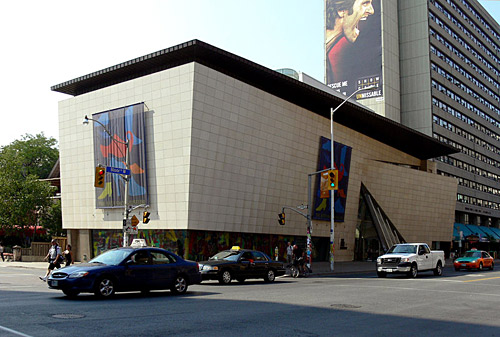 The museum „Bata” has four galleries, as in one of them is situated the permanent exhibition of the museum. It includes over 12 500 exhibits from the earliest époques of the civilization to the defiles of the contemporary top designers. In the rest galleries the exhibitions change according to the season. This is the reason to have always something new that can be seen in „Bata”.

These are some of the exhibits, presented in the museum of the shoe „Bata”.

1. Characteristic Indian slippers with twisted toe-caps, decorated with gold thread. They are part of the exhibition „The rich tradition of the Indian shoemaking”. 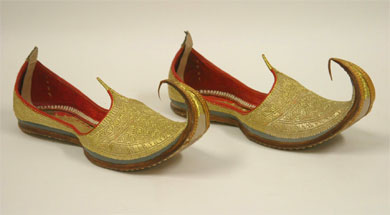 2. Shoe of red velvet from the second decade of XX century of Pietro Jantorni. For the making of this kind of shoes are necessary many years and their price is hundred of dollars. In fact Pietro Jantorni is defined as the producer of the most expensive shoes in the world for its time.

3. Indian slipper from ivory of Travancore-Koshin, 1775-1825. This type of shoes was worn only by people of noble blood. Their design is characteristic for XVIII century.

4. Black satin boots with heels type „Luis”, embroidered with characteristic Victorian floral embroidery. They are work of Melie from 1880-1885.

5. Wooden sandals type pattens with mother-of-pearl covering. They are worn by the women in the public baths to protect their legs from the warm and wet floor. The height of the shoes is about 10 inches. They date from the time of the Ottoman Empire - XIX century. 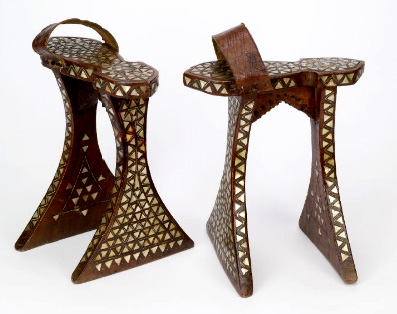 6. The famous model of Salvatore Ferragamo from 1938, called „Rainbow”. It has transformed in icon of the style of XX century. 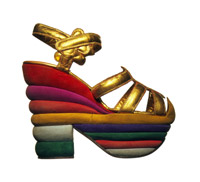 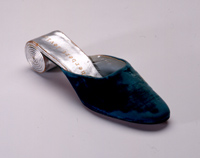 VIDEO:
The "Batta" Museum of the Shoe - Toronto
Reportage of Lubomir Stoykov from the museum "Batta" in Toronto

MORE PUBLICATIONS:   ISSUE 14: JAPANESE LEGEND FOR THE COSTUME   ISSUE 13: THE GALIERA MUSEUM IN PARIS   ISSUE 12: The Metropolitan museum – the defender of the fashion trends   ISSUE 11: THE “METROPOLITAN” MUSEUM - THE NEW YORK NOOK OF THE FASHION HISTORY   ISSUE 10: FASHION MUSEUM OF BATH – GUARDIAN OF STYLE THROUGH THE CENTURIES
﻿