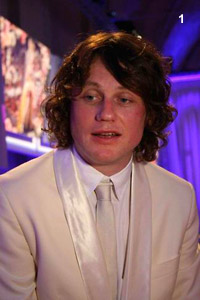 Finlay MacKay was born in Scottland in 1973. In the mid-90s, he studied Fine Art Photography at the Glasgow School of Art, before moving to London where he began his own personal exploration of the art world. He became an assistant to photographers such as Julian Broad, Alex Cayley and Elaine Constantine with whom he worked full-time from 1999 to 2002. 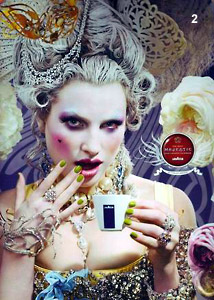 In 2002, Finlay began working on his own portfolio, and his first photographs revealed a highly original style that draws on the stylistic features of street art and comics as well as more classic forms of English schools of painting.

The first great opportunity for his career was not long in coming: Diesel commissioned him for the photographs of the “Work Hard” campaign, that would earn him and the KesselsKramer agency three bronze lions at the Cannes Festival.

MacKay’s portfolio includes work for Nike, Adidas, Olympus, British Telecom, the Scottish Ballet, Channel 4, The English National Opera and Harrods. In addition, he has also taken photographs for important publications such as The New York Times, Sleazenation, 125 and Arena.

As you are not still 35 years old and you are named by title as one of the best world masters of the lens, it is really to talk about a lighting career and impressive success. The main reason for me to meet and talk with the Scottish fotographer Finlay Mackey was that he is the autor of the 16th issue of the famous calendar “Lavazza” – 2008. The leading motifes of this superb work of photographic art are the style art nuvo, as well as images of queens from past times in the palaces in France and China. During a majestic king’s dinner in the greenhouse of Versailles Mr. Mackey was so kind to answer my questions. I already knew that he is publishing for authoritative issues like The New York Times, Arena, 125 ect. And that he has worked for The English National Opera and the London Harrods.Here is the bliz interview I managed to take from the new author of the “Lavazza calendar. 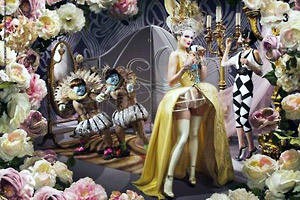 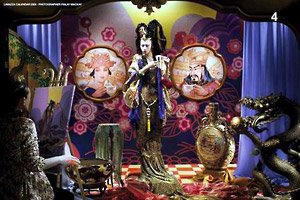 Lubomir Stoikov: От къде сте? Where are you from?
Finlay Mackey: From Scottland - Glasgow.

Who are your best teachers in this sphere?
- My ex – boss 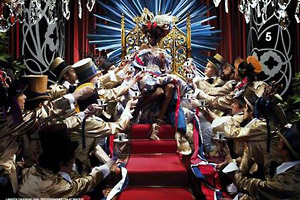 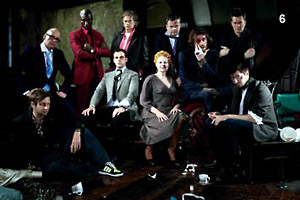 Tell me something more about Elaine’s style?
- She uses several types of light and is very genuine real and happy.

And how would you describe your own style?
- I use light very much too. But I don’t want to talk about my style. This should the others do.

What are the contemporary traditions in fashion and advertising photography?
I would not talk about this on my one. I think that this ( he points to the advertising photos of Lavazza) is very different of all I’ve done and I really enjoyed it. The experience was great, my consciousness was unrestrained. 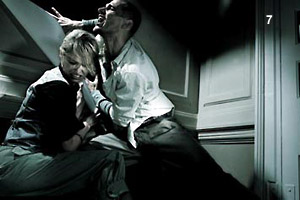 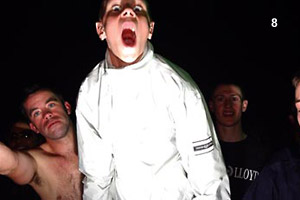 How did you choose the models for this photo session and for the newest advertising campaign of the coffee “Lavazza”?
- We searched for people who have royal expression. The other requirement was the models to be good actors – but only one of them didn’t succeed with his role, the other were amazing. They also managed to extend their images.

What is your vision for beauty and elegance?
- I don’t think I am a typical elegance photographer, I am just trying to catch the beauty of the moment…

What is the part and the importance of Vivian Westwood in this photo session and in this campaign?
- She is a great designer! Several friends of mine work for her and she was so kind to supply the clothes for the photo session of the calendar“ of Lavazza”….

Did Westwood work directly on this project?
- No, the boy who was responsible for the style – Morits Jungs is a great designer of costumes and he has worked with her. So the influence of Vivian Westwood is not direct, but Morits is the designer, who provided the clothes for the photos. 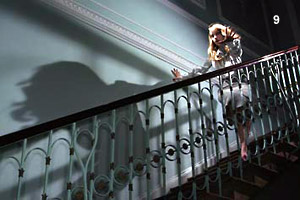 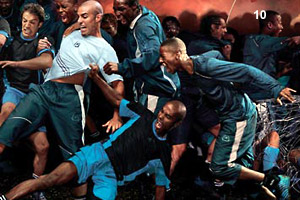 Which is your biggest success until now?
- This project.Този проект. It’s the biggest thing I’ve ever done. I’ve never in my life been paid so much attention.

What is your next step?
- The moon!

...The boss of the department of corporative image of ”Lavazza group” Francheska Lavazza emphasizes the pleasure of her work with Finlay during the preparation and realization of the calendar for year 2008.: “ The work with Finlay was absolutely compelling right at the beginning. He started to help us with huge enthusiasm and unfailing passion. We shared his opinion about how to shoot the photos, as the idea to make them in “atr nuvo” style was his one. This was something he wanted to experiment with – his idea was clear – and we let him to give it an interpretation freely, following the motto of the brand ”Express yourself”. There was much work on the preparation and the coordination with his whole crew and the agency Testa. The exploration of combinations, materials, objects and sets was really precise. 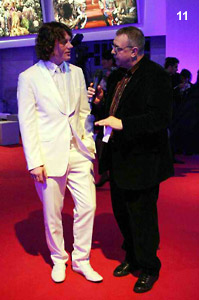 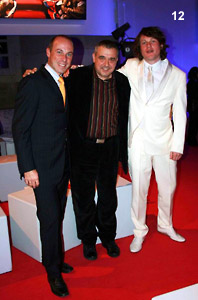 If I should define Finley with one word, I would say that he is energy in its pure form. He keeps on the move all the time, behind the camera, on the filming stage, with the models, the supernumerary actors and the people from the crew.”. In fact Finley Mackey is probably one of the best corroborations for the qualities of the postmodern advertising and fashion photographers, because he is alive, enthusiastic, provocative and not in the last place with unrestrained consciousness. Romanticist and dreamer, artist and psychologist, Finley Mackey is aesthetic and cultural photo chronicler of our global and in the some time intimate epoche!... 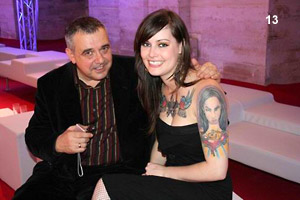 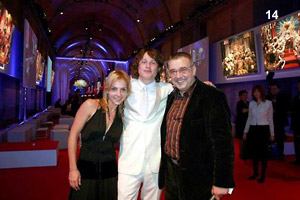