Kardashian-West appeared on the red carpet in a custom gown by Thierry Mugler, his first piece for the House of Mugler in more than 20 years. The beaded look was inspired by the thought of the quintessential California girl stepping directly out of the ocean – and took more than eight months to make. The mogul also posted images of Sophia Loren in her iconic wet dress from the 1957 film Boy on a Dolphin to her Instagram stories - another key reference. 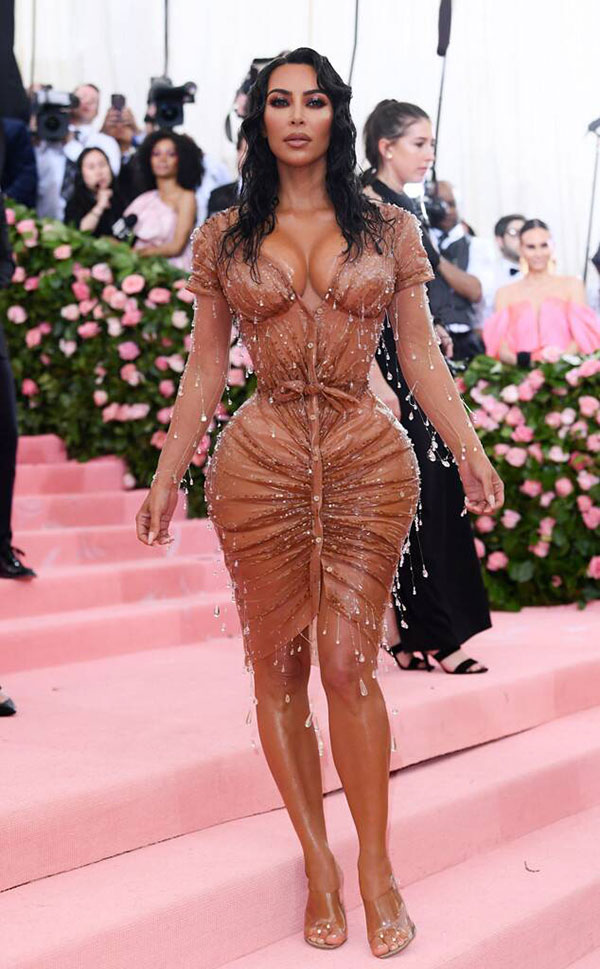 FENDI TO STAGE COUTURE SHOW IN HOMAGE TO KARL LAGERFELD

Fendi will stage a couture catwalk show in Rome on July 4 in tribute to Karl Lagerfeld, who served as creative director for 54 years until his death in February. Details regarding the timing and location are yet to be confirmed, but the collection will be exhibited in Rome following the presentation, according to the brand. 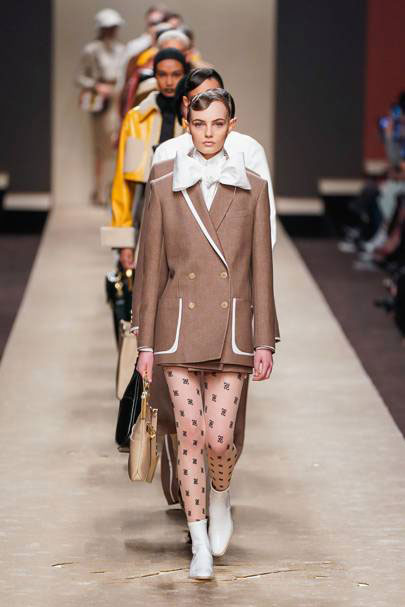 Unlike Chanel, where Lagerfeld also held the position of creative director for over 30 years, which announced that Virginie Viard, director of the creative studio of the house, would take the reins, no news of his Fendi successor has surfaced.

TOM FORD IS CFDA’S NEXT CHAIRMAN

The CFDA Board ratified Ford as Chairman of the CFDA during a meeting at the CFDA offices earlier today. The award-winning fashion designer, film director, screenwriter, and film producer will succeed current Chairwoman Diane von Furstenberg effective June 1, 2019. 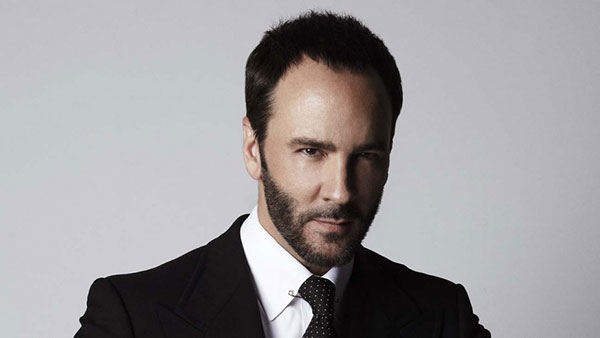 I have had the privilege of being a member of the American Fashion community for many years and have experienced what the CFDA does for its members and the industry as a whole,” Ford said. “Having lived and worked in each of the global fashion capitals of the world, I look forward to working with the Board of Directors to further the voice of American Fashion and its designers.”

Entirely recyclable footwear would have been unimaginable a few years ago. But Adidas has achieved the first fully recyclable trainer that has a never-ending lifespan for spring 2021.

The Futurecraft Loop model is made from 100 per cent recyclable material. Working with Parley for the Oceans (an organisation that addresses threats to the world’s seas), the two companies have created a trainer made from yarns and filaments from reclaimed marine plastic waste. “Taking plastic waste out of the system is the first step, but we can’t stop there,” said Eric Liedtke, executive board member at Adidas, in a statement. “What happens to your shoes after you’ve worn them out? You throw them away – except there is no away. There are only landfills and incinerators and ultimately an atmosphere choked with excess carbon, or oceans filled with plastic waste. The next step is to end the concept of ‘waste’ entirely. Our dream is that you can keep wearing the same shoes over and over again.” 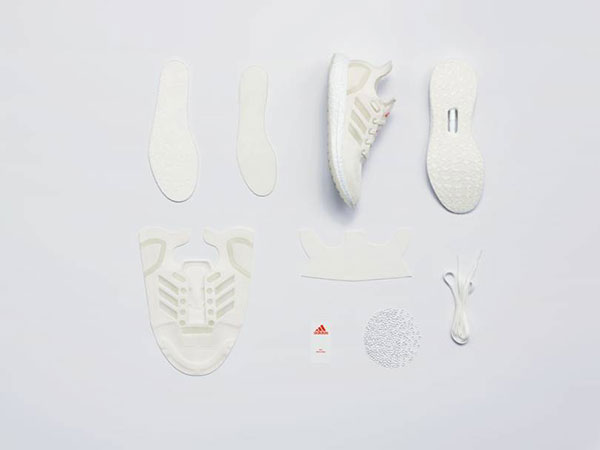 1. Adidas has recently debuted a Futurecraft Loop model made from 100 per cent recyclable material.

It only took one dress for Jennifer Lopez to ascend to fashion icon status. In 2000, she wore a plunging jungle green Versace number to the Grammys, establishing herself as a stylish risk-taker and cementing her place in the history books. But rather than hang up her stilettos after that paradigm-shifting look, Lopez has only continued to experiment with fashion, whether it be the glittering bodysuits she wears on tour, the mint Valentino gown modelled after a dress worn by Jacqueline Kennedy Onassis that Lopez chose for the 2003 Oscars, or her daily street style looks that are photographed by paparazzi and discussed ad infinitum by the fashion press. It’s fitting, then, that Lopez will be honoured with the Fashion Icon Award at the 2019 CFDA Awards. 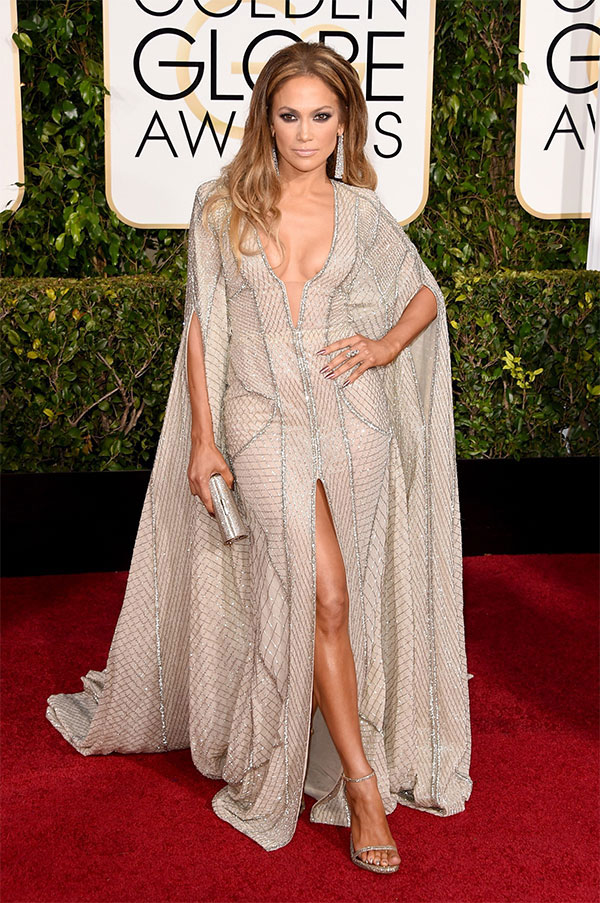 MORE PUBLICATIONS:   ISSUE 100: The dress of Margot Robbie FOR THE BAFTA AWARDS WAS 690 HOURS IN THE WORKS   ISSUE 100: VICTORIA BECKHAM FORBIDS EXOTIC SKINS   ISSUE 100: KATE MIDDLETON WITH PRINCESS DIANA’S FAVOURITE EARRINGS   ISSUE 100: MILA HRISTOVA ON THE RED CARPET WITH A DRESS BY SOFIA BORISOVA   ISSUE 100: LADY GAGA SHONE WITH 128 CARATS AT THE OSCARS   ISSUE 100: CARA DELEVINGNE AND OLIVIER ROUSTEING WITH PHOTO SHOOT FOR BALMAIN   ISSUE 100: DRESS BY DESIGNER HRISTO CHUCHEV SHOWN TO 50 COUNTRIES ON THE STAGE OF MISS GLOBAL   ISSUE 100: NICOLE SCHERZINGER CHOOSES A DRESS FROM NEVENA LONDON   ISSUE 100: KARL LAGERFELD HAS PASSED AWAY - THE BIGGEST INTELLECTUAL IN FASHION
﻿