Rafting – an extreme experience at the edge of the wave

The rafting is an extreme sport, where are accomplished floating downstream with boats (rafts) at torrential rivers. 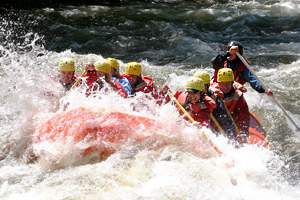 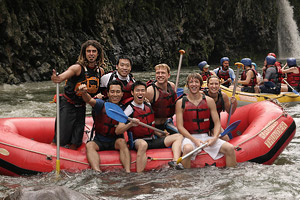 History of the rafting
Rafting comes from the word “raft”. It is famous as “whitewater rafting” because of the color of the foaming waters, where float downstream the rafters. The prototype of this sport was born in North America still in XVIII century when local woodcutters had to pass the logs down the river. For official beginning is count the distant 1811, when is the first documented attempt for floating downstream at the stream of Snake River in the state of Wyoming, USA. A little bit later about 1840 appeared the rubber raft, for those fathers are considered John Fremont and Horas Day. Because they were a part of the American army, this invention was necessary to them for military, but not for entertainment aims. Still in the middle of XX century the rafting wins recognition as a sport and it acquires popularity, and in 1972 it is included even in the Olympics in Munich. 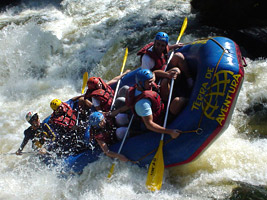 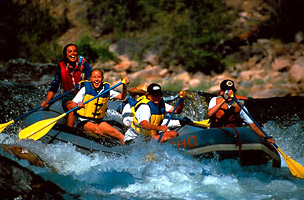 The rafting adventure
The rafting is a wonderful way for mental rest and for intensification of the adrenaline. It is an amazing proposal for the practice of group sport, it tonics and powers with positive emotions. The rafting helps to man to clear his conscience, to meet new people and to live through an unfamiliar till the moment feeling. The rafting is suitable for people from different age groups. 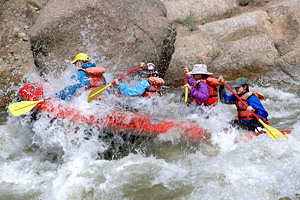 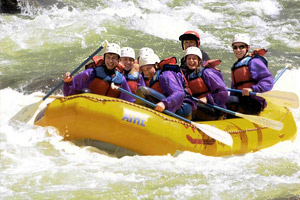 Before the crew get on the boat, the instructor makes them detailed instructions how to row, how to react to the commands and what could happen to them in the water. The coordination in the actions of the crew is very important, because the balance of the boat in the torrential water has to be supported respectively from the left and from the right oars. The instructor controls the boat with the biggest oar, as he is standing at its end and gives instructions at the rest of the crew. Some of the commands that he gives are: "forward", "backward", "stop", "to the left", "to the right" and "watch out”. It is important to know that if someone from the boat at manoeuvre accidentally falls outside the boat, it has immediately to raise his legs upwards because there is a danger some stone to get stuck and the current to submerge his head under the water. When the legs are raised, the body navigates calmly down the current of the river. 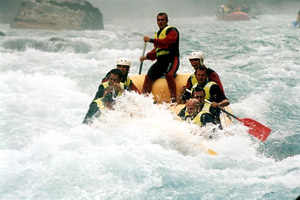 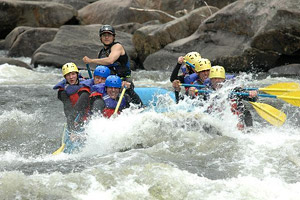 The equipment for rafting includes a neoprene suit, life-vest and helmet. They are obligatory for every rafter, especially when the temperature of the water is lower.

Rafting in Bulgaria
Only six years ago this sport was unknown for Bulgaria. Today in our country there are four clubs that organize professionally this sport – “Quick waters”, “Adventure net”, “Ex club” and “House for books and adventures”. The season of the rafting starts in the beginning of April and finishes in June and July when the level of the water falls.

The most preferable place in Bulgaria for rafting is the bed of river Struma that has two routes – higher and lower. The higher embraces the stream from the second tunnel after Blagoevgrad on the road for Kulata to the Kresna small inn and it is defined with stage of difficulty between 3 and 4 at the six point marking system depending on the high water of the river. The lower is for beginners. Its length is also around 10 kilometers, but its stage of difficulty is 1-2. Other suitable places for rafting in Bulgaria are the rivers Arda, Mesta, Veleka, Rilska River, White and Black Vit. 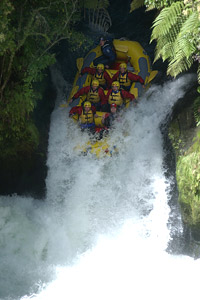 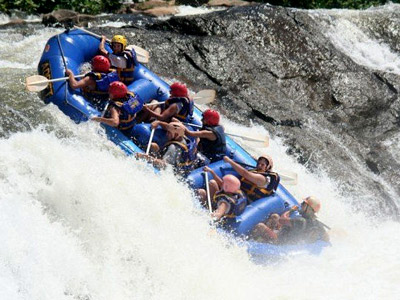 Photo:
1. – 6. The rafting powers with positive emotions, it tonics and it is a wonderful way for entertainment.
7. – 8. In the rafting a big role plays the guide who rules the boat with the main oar.
9. – 10. Sometimes the rafting offers many extreme situations.
Photo: www.wikipedia.org; www.incadventures.com ; www.borneoversustravel.com