There is hardly anyone, who didn’t ever listen to disco and nothing from the disco didn’t like him at all. However, today the boundaries of the disco are getting les and less clear and it is hard to define what music is disco. Somehow disco is maybe one of the „oldest” musical tendencies. It’s a fact that even the word “discotheque” has kept although in the disco clubs from long time the DJs don’t play disco or rather they play modifications of the real old disco. 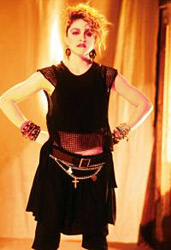 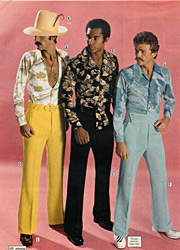 Where and when does the disco come from?
It is hard to find the origin of the disco culture. The beginning of the 1970 is considered as a landmark when almost at the same time in USA and in Europe people start to play it. Then in the discos were played audios by a presenter, called DJ (Disc-Jockey). For first representatives of the disco era are considered Bee Gees, Donna Summer, The Jackson 5. The fist disco club is Peppermint Lounge in Paristhat opens doorsstill inthe 50sand the first disco club in USAis"Whiskey-A-Go-Go" at Sunset Blvd. in Hollywood. In the 60s the disco didn’t appear yet, but some Cuban dancers danced some kind of salsa and swing that can be considered as the beginning of the disco subculture. In 1968 appears a kind of electronic music with synthesizers and like this bit by bit was born the disco music. It is a kind of continuous beat that allows the entering of one song in another without the stopping of the music. In the middle of the 70s the disco wave is in full force, and disco clubs were opened and closed in almost every city. One of the most famous disco clubs in the history of the disco culture is Studio 54 in New York. Later is created a movie devoted to this club and to that time. In 1978 John Travolta and the movie with his participation Saturday Night Fever make the disco stage explode. The world is going crazy to this new kind of music! 1978 is the year when the disco is in its peak, New York announces National Disco Week in June. 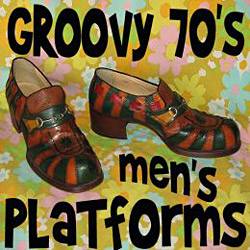 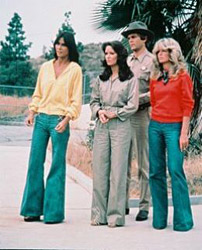 The television also can’t run from the disco madness. There appear different show programs as Dance Fever, the Gong Show, Soul Train and Star Search. However this makes people stay at their homes and to stay with wrong impression about the disco, gazing only its competitive part, but not in its social side. Gradually during the years the disco clubs were closed, and the music transforms from the appearance of new subculture tendencies. Somehow or other the time is the only judge that shows that the disco didn’t disappeared – on the contrary it passes one new period of modification that in no occasion isn’t to sneer at.
Disco fashion
The disco clothing and the accessories are very interesting accent in the whole disco history. The disco fashion is whole epoch and it is divided to some stages.
The decade began with a continuation of the hippie look from the 1960s. Jeans remained frayed, and the Tie dye was still popular. Polyester "doubleknit" fabric was coming into its own, with many clothing items for men and women being produced in this modern easy-care fabric. By the mid-Seventies, as the economy improved, silhouettes narrowed, and hemlines dropped again from mini skirt to just below the knee, and later to midi (mid-calf length) and maxi (ankle length), with all four lengths enjoying almost equal popularity. 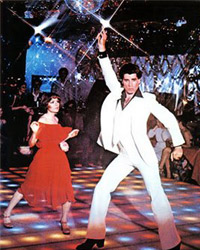 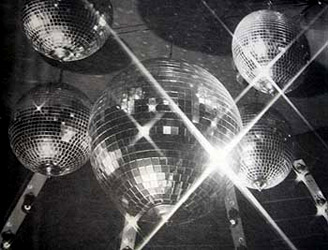 Platform shoes with soles 2-4 inches thick became the style for both men and women. Men's ties broadened and became more colorful, as did dress shirt collars and suit jacket lapels.

In the end of the 70s comes a drastic change. With the powerful entering of the disco culture it starts a change in the clothing. And namely its disco look – the clothes are complement by effective disco elements. Men start to wear suits in three parts with wide lapels, flared in the upper part trousers and short vests.

What happens in the 80s? The black leather jacket is the most cult element of the disco clothing. It is with many pockets, zippers and mostly it is short. In some occasions it is covered with many accessories as badges and scarf. The trousers are type cigarette, and the skirts are right. Very popular becomes the high waist. Especially important element from the clothing is the wedge that optically prolongs the legs. 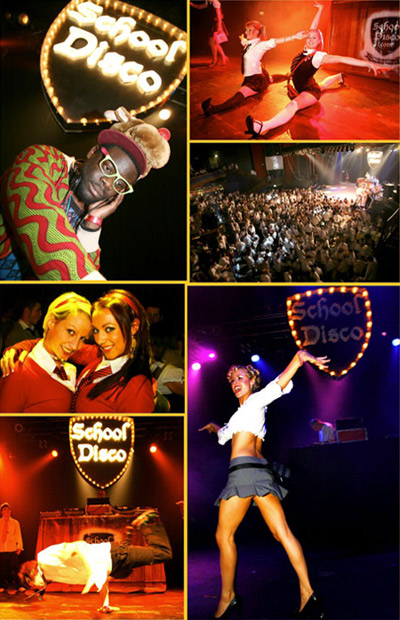 About the hair the rule is the following – the more fluffy and big is it, the more it is disco. This is rule number one as for the women, as for the men.
The accessories are very much and they are very colorful. Long pendant earrings, accessories for hair, multi-colored bracelets, big belts – all these and still more other accents are part of the culture of the disco fashion.

Performers
Very famous performers from the middle of the 70s are Chic, Bee Gees, Donna Summer, Eruption, Gloria Gaynor, Diana Ross, the Village People, KC and The Sunshine Band, Abba, the Jackson 5 and Barry White. And until they get the lion’s share from the stage, the producers behind it play enormous role for their success. The producers often write the texts and they create new sounds and techniques that are part of the whole disco image. Movies like Saturday Night Fever, Thank God It's Friday and Flashdance contribute to the bigger popularity of the disco culture. 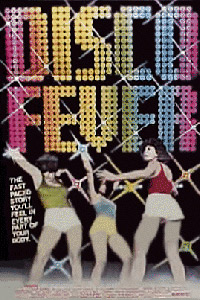 Disco dances
At the end of the 70s in the big American cities appear club disco stages close to discotheques and bars, where DJs play disco hits for the dancing people. The DJs play long compilations of songs the make people stay the whole night. Some of the more prestigious clubs had light equipment that vibrated in the rhythm of the music. In the biggest cities there were dancing schools and instructors, who trained people how to dance the popular at that time "touch dancing", "the hustle" and "the cha cha”. It had existed disco club fashion that the regular visitors followed.

The return of the disco
Today the disco culture continues to live. The return of the disco is more than sensible. It’s a fact the favorite disco fashion that continues to enjoy not only the young people. It is fact the great number of retro disco evenings in the most of the clubs. It is a fact the congratulatory programs at many of the radios, where sounds cult retro disco hits, ordered by the audience. Generally speaking the disco is a culture that is and will continue to be fashion in future. During the years the subculture tendencies appear one after another, but the time shoes that some of them disappear and some of them rest. The disco is from the second ones. It not only disappears but it continues its road transformed toward the new reality. 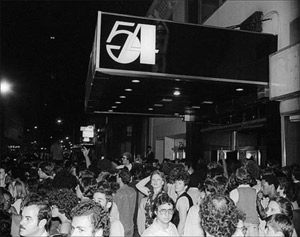 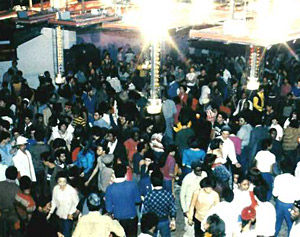 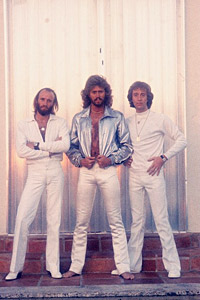 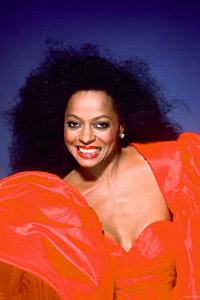 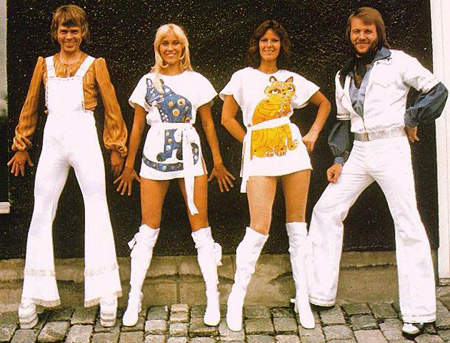 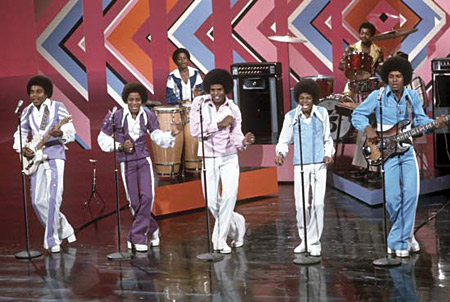 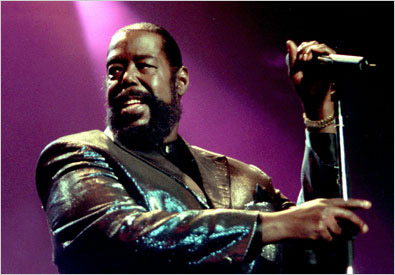 MORE PUBLICATIONS:   ISSUE 14: THE SKATE PARK SUBCULTURE – A MIXTURE OF EMOTION, MOVEMENT AND SELF-CONTROL   ISSUE 13: THE PIERCING SUBCULTURE – A RISKY OBSESSION OR AN OBSESSIVE RISK   ISSUE 11: THE EMO SUBCULTURE – THE DANGEROUS SAVING LIFE EMOTION   ISSUE 10: THE SUBCULTURE OF THE SHOCK ROCK – ONE SHOCKING THERAPY   ISSUE 8: GRAFFITI SUBCULTURE – AN ART THAT DOESN’T HAVE AN ANALOGY
﻿