A WEDDING STORY WITH A SURPRISING PLOT 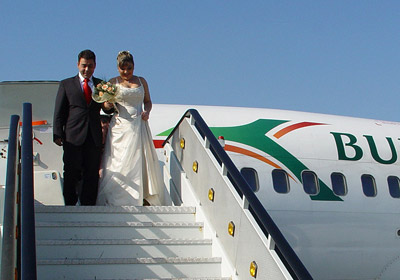 Every little girl is dreaming of the fairy day of her wedding. Usually in the child mental pictures this wonderful moment is always related to a long white dress, beautiful ornament restaurant and many guests.

However, here is important to be made one specification. These were the child dreams. Because today the more and more young couples prefer to transform their wedding day into a wild party and into a great experience.

The traditional lunch or dinner is already considered as old-fashioned. For the human imagination boundaries don’t exist, and we all know to what are people able, when love interferes...

We offer you some original ideas for places, where you can say your fatal “yes”. 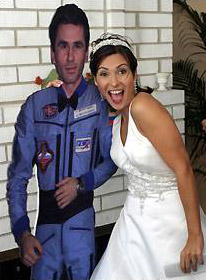 Wedding in the sky...

The first "wedding in the sky" in Bulgaria is realized at a flight of aero company “Bulgaria Air” from Sofia to Rome. For 10 days over 220 couples in love register in the site of the company with the hope to be chosen. The names of the lucky people are Nelly and Chavdar from Burgas. It was found that the biggest surprise received the bridegroom, because Nelly didn’t warn him, that they will participate in the campaign.

Recently the get engaged couple however succeeds to cope at time with the finding of best men and of wedding rings. The role of presenter of the ceremony is Captain Emil Kostov – a flying director of the united aero companies Bulgaria Air and Hemus Air.

The first space wedding takes place in August 2003. Uri Malechenko, captain of the International space station, contract a marriage with his sweetheart Ekaterina Dmitrieva, when he is 380 km over the Earth. From the side of the bridegroom on the board of MKS stands godfather his colleague Edward Lu, who plays the Wedding march at a portative clavier. However Malechenko has a smoking and a wedding ring, provided by a cargo boat, he prefers to stay with his blue working uniform that he decorates with a bow tie. At the Earth from the side of the bride "stands" a copy of Malechenko in natural height, made from cardboard. 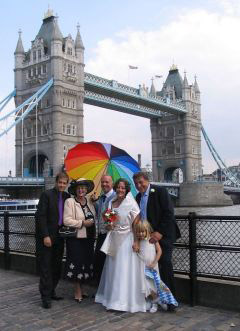 The authorities in London officially allow the contracting of marriage at some of the most interesting sights. Couples already marry at Tower Bridge, from where opens out panoramic views to the city and to the river Thames. A preferred place for a wedding is also the London zoological garden, the Ferris wheel "London Eye" and the Museum of the wax figures.

A wedding under the water

The wedding at the coast of the sea is not already fashionable. Now the sea offers other, more tempting attraction – a ceremony under the water. The young couple is with aqualungs on the back and they sign on waterproof marriage certificates. In the Guiness Book of World Records exists a record for the most mass under-water wedding – over 20 000 people presented at the unusual submarine ceremony. In Bulgaria a possibility for this kind of wedding offers the complex “Aqua Polis” at Golden Sands. 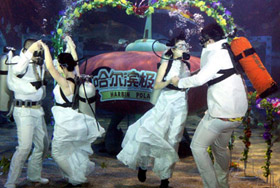 A wedding in a cave

One of the most widespread destinations for this kind wedding ceremony is the Jagodine cave. It is situated in the West Rodopi, in the region of Devin and Trigrad and it is situated at 3 km from village Jagodina. In the cave is situated a natural ritual hall! It exist a belief that the girls who contracted a civil marriage there don’t divorce. As a wedding gift the young couple receives the possibility to spend their first matrimonial night in an ancient Neolithic habitation of a cave man from 4 000 B. C., used also in the Bronze Age

Internet connects us, Internet separates us

In the last years it is very widespread to contract a marriage at Internet. Every one from the young couple can be in different places in the world, and a courier delivers the signed from the bride documents to the bridegroom, who also signs them. 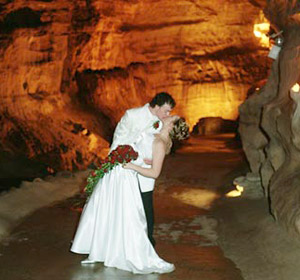 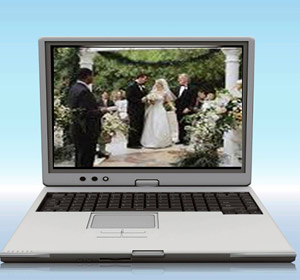