THE WIG FROM ANCIENT EGYPT TO TODAY – FASHION OR NECESSITY

The wig is an accessory that covers the head and may be made of natural or artificial hair. It is mostly used as a fashion item to haircut to hide baldness or partial hair loss. Often the use of wigs is related to religious practice. Some of the materials used to make wigs are wool, horsehair, yak and buffalo hairs and feathers. 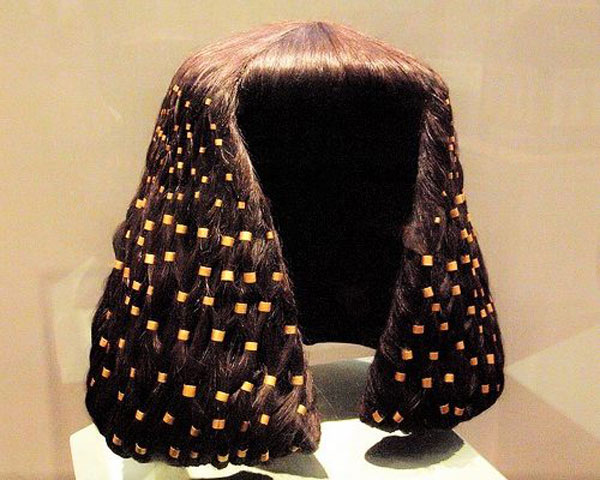 Facts about this fashion accessory we find in ancient Egypt. The Egyptians shaved their heads because the hair was very difficult to maintain in the hot weather and in the desert areas. But since the bald head was not considered beautiful, the Egyptians used wigs. It was common for everyone to shave their heads and wear wigs, but in order to differentiate according to their class, wigs were worn differently. The lower classes used models made of artificial materials, while the upper class - from natural hair, wool, palm leaf fibers and even silver. 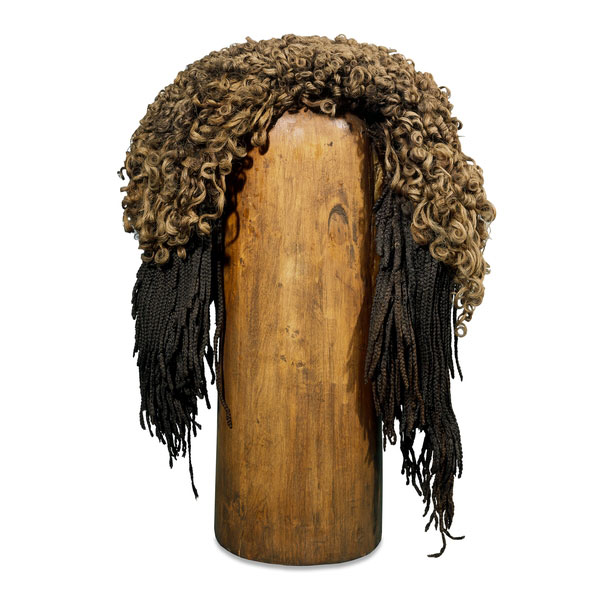 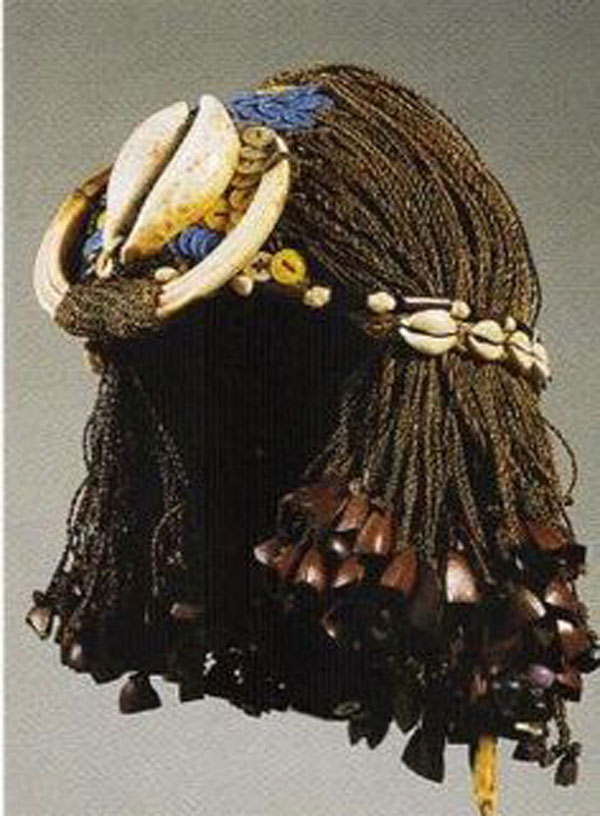 In ancient Greece and Rome, hair was thought to be sacred, and natural hair and its maintenance were to be celebrated among the public. But that did not prevent people from using wigs as a method of concealing baldness. There is evidence that even the great Carthaginian-Hannibal commander had two wigs - one for beauty and the other for a mask in battle. Julius Caesar used a wig and a laurel wreath to conceal his baldness. When Christianity was accepted as a legitimate religion in Rome in 313, the Church began criticizing the wearing of wigs and proclaimed them a greater sin even from adultery. 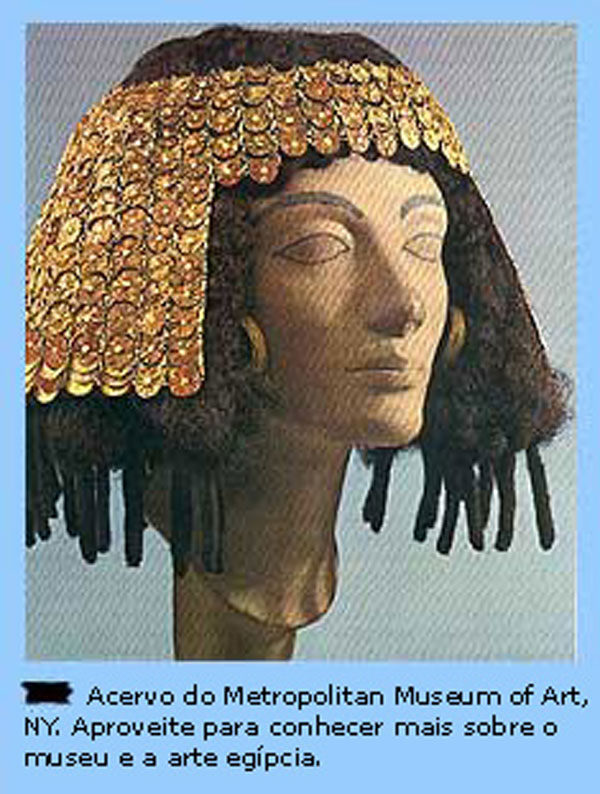 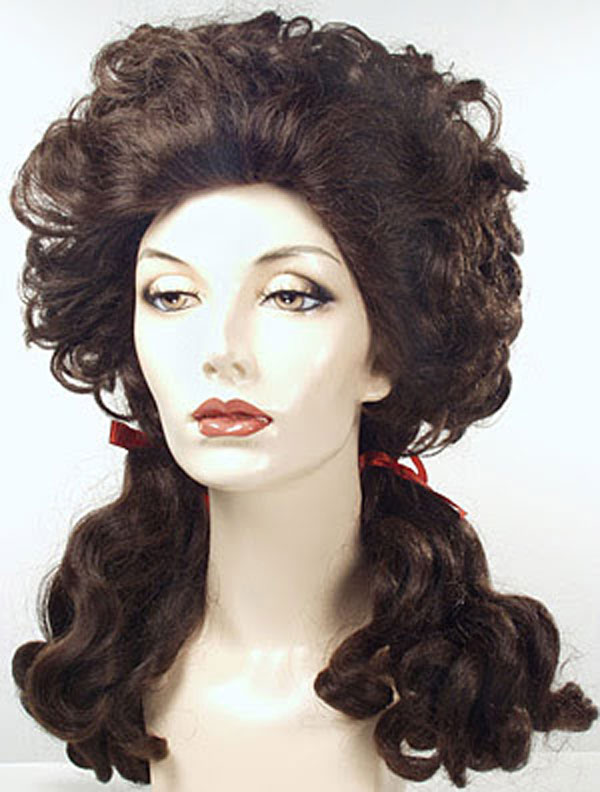 In the Middle Ages, the Church continued its denial to the wigs by associating them with the devil. So she recommended women to wear their hair covered, and so the fashion of the wigs went away. But in the late Middle Ages, their wearing is growing again. A personal example of this is Henry III of France, who used wigs to conceal bumps on his head. During Queen Elizabeth, wigs were again part of the wardrobe of both women and men. 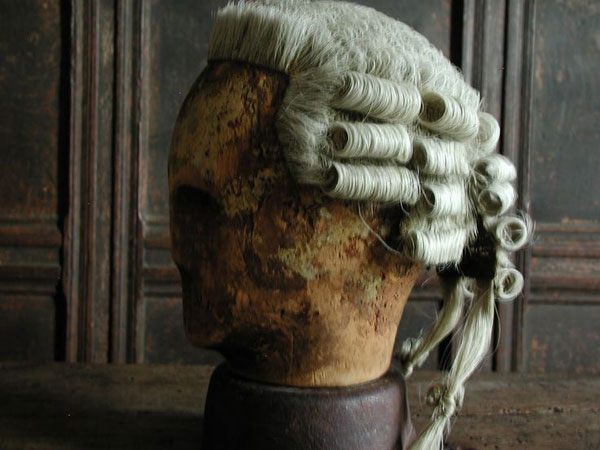 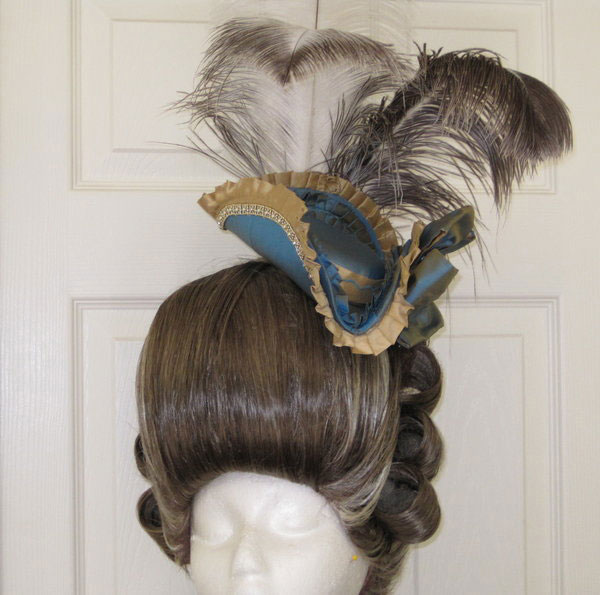 Maria Antoinette's management is perhaps the period of high fashion in wigs with their granadoman shapes and rich decorations. In the 18th century, the male wigs were polished to give them the distinctive white color. The women did not wear wigs, but their hair was supplemented by artificial hair or other additional materials. They mostly poured their hair in blue-gray. The powder was made of finely ground starch, flavored with orange, lavender or rowan's root. Powders could also be in violet, blue, pink or yellow, but most commonly used in dirty white color. Women's polished wigs and extensions were an important part of the appearance and their use continued until the end of the 18th century, but as they were rather embarrassing, they began making natural white wigs made of horsehair to allow their daily wearing in the courtyard. 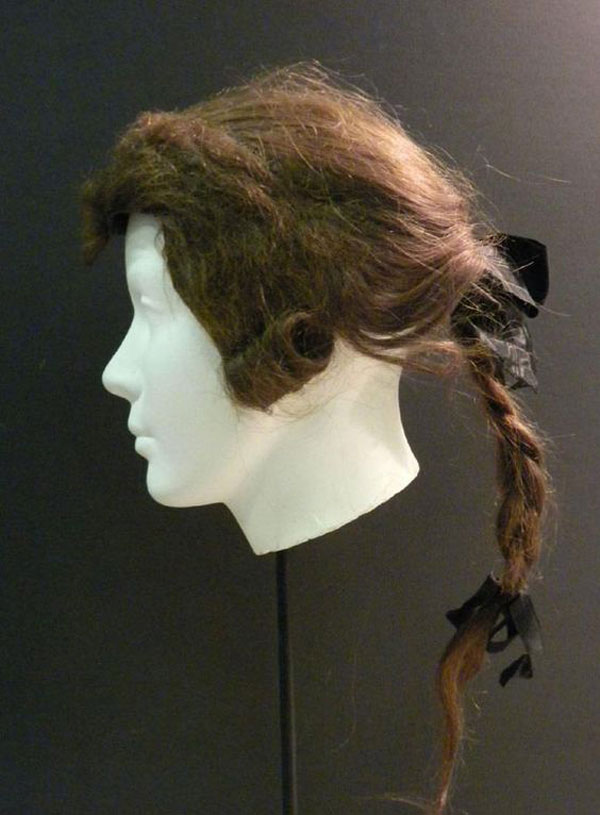 The women in Versailles' French yard from the middle to the late 18th century wore large, complex and often thematic wigs. These artificial giant cobs were often very heavy due to many pomades, powders and other ornaments. At the end of the 18th century, these hairstyles (along with many other pleasures in Palace life) became a symbol of the decline of the French aristocracy and for that reason quickly came out of fashion with the beginning of the French Revolution in 1789. There was dissatisfaction as the use of flour for wiping the wigs causing a shortage of bread. It is not by accident that the French Revolution puts an end to the use of wigs, as they are mainly associated with the evils caused by the aristocracy. The death of Louis XIV in 1715 led to the wearing of not so extravagant wigs, and fashion centered on more traditional forms. Experiments have started to incorporate artificial materials into natural hair that have been preserved over the years and are now being developed into a single hair extensions industry. 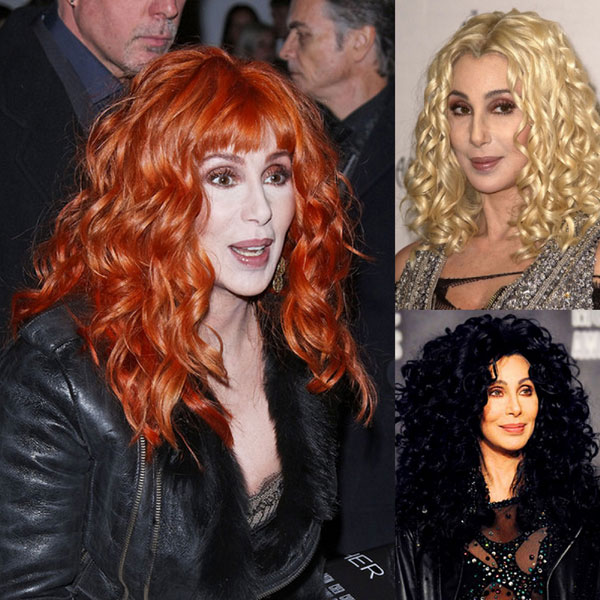 Wearing wigs as a symbol of social status was largely rejected in the newly established US and France in the early 19th century. The first US president, George Washington, never wore a wig. His hair was wrapped and trapped.

In 1915, the hairdresser Carita had an order to make wigs for a fashion show at Givenchy and so they began to appear again because it was easy to change a haircut without having to cut or dye the hair. In the late 19th and early 20th century, hairdressers from England and France developed a completely new business by making partial wigs or small cobbles that were easy to incorporate into the hairstyle. Their use did not subsist even in the 10s and 20s of the 19th century when short hairstyles were in fashion. 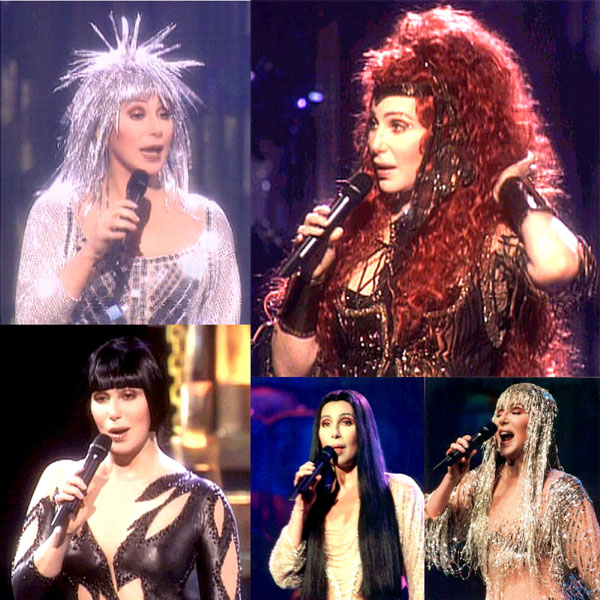 A number of celebrities including Donna Summer, Dolly Parton, Sia Furler, Katie Perry, Melanie Martinez, Lady Gaga, Diana Ross, Tina Turner, Rachel Welch are known for their wigs. Cher is a musical iconic example for wearing wigs on various occasions and occasions. It is transformed from blonde to black-haired Amazon, experimented with straight or curly visions. Wigs are often a handy tool for stunning change of appearance and are therefore used for stage performances. In recent times, they are also for coupons and theme parties. 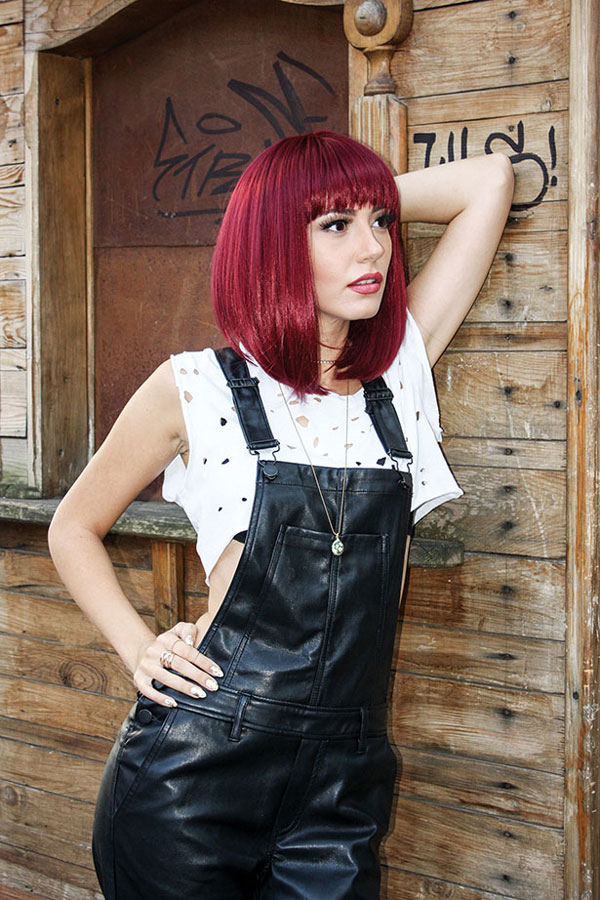 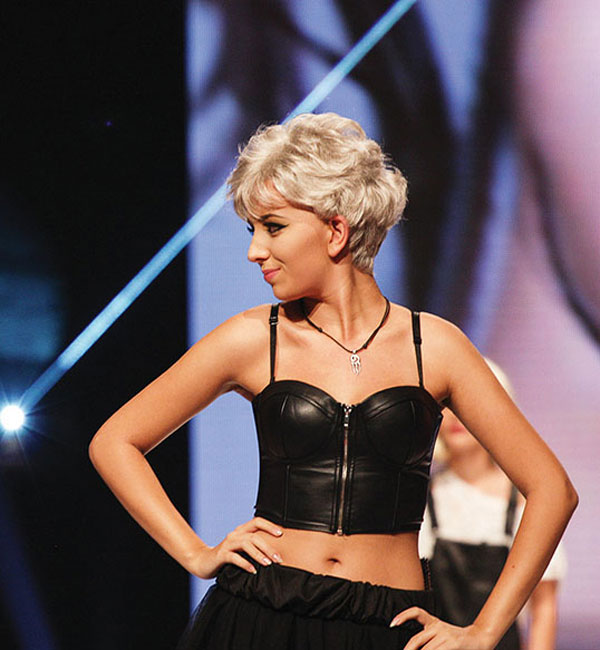 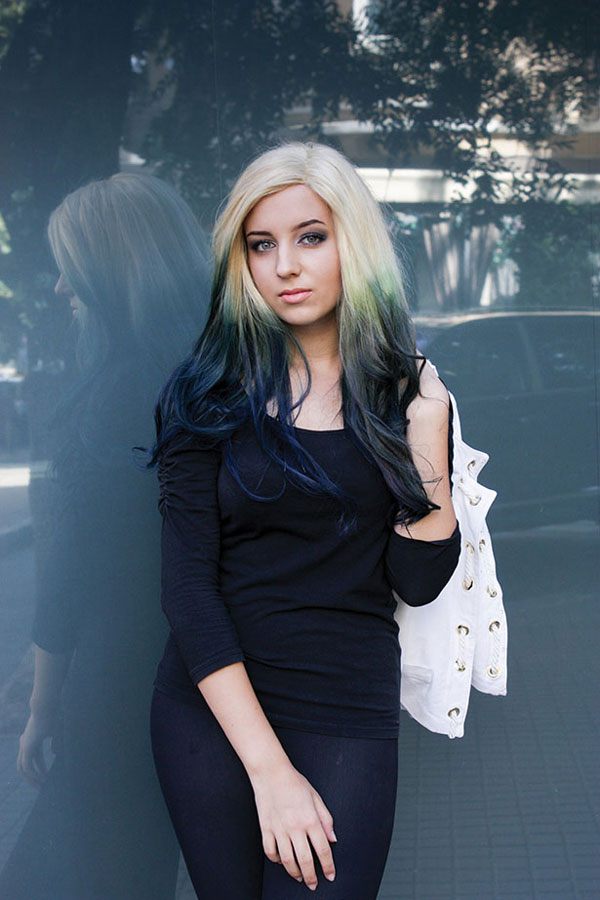