THE THREE-DIMENSIONAL STREET ART – THE SUBCULTURE OF THE REAL ILLUSION

It is difficult to write of the three-dimensional street art. As every one art, it has to be observed to be understood. This emotion and feeling of illusion can’t be described with words – they have to be seen, after that to be rationalized and at the end – to be understood... 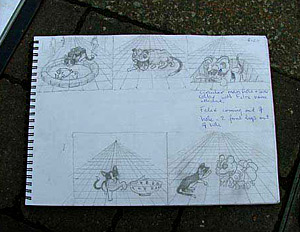 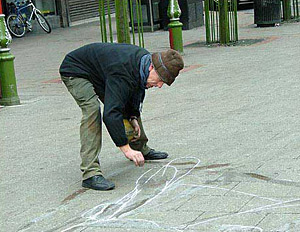 Origin of the street art culture...
The street art appears in Europe still in 16 century. The street painters then were called “madonnari”, because most often object of their creative was the image of Virgin Mary. In England these painters were called screevers.

From historical point of view madonnari were vagrant creators, who lived freely and at road. They knew just when the festivals and the holidays are in every city and respectively they went there to join and to show what they can make. The painters created their works of art at the big squares or in front of the local church, using peaces of bricks, coals and white chalk. 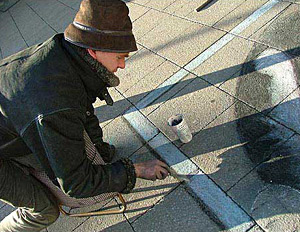 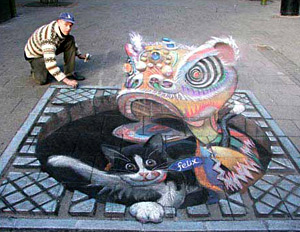 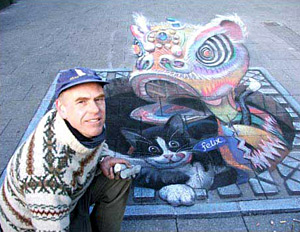 The three-dimensional street art is maybe one of the subcultures that develop actively in the virtiual space. The street art painters share their skills in blogs, videos, posts. The new technologies give the privilege of the street creators not only to show to their admirers their last manifestations at the festivals, but also a possibility to show to the rest of the people why they occupy namely with this kind of art. Their aim is to give courage to the young creators to believe in their possibilities.

This art is unique with the effect of illusion that it creates. People think that the graffiti are destructive art, accomplished during the night at the city walls. The street painters however oppose to this statement, drawing with chalks during the day the city streets and sidewalks. And besides amusing the crowds, this kind of art sometimes breaks world records.

The great artists...
Edgar Muller is world famous street painter, those main topics in his works of art are worldly and renaissance. 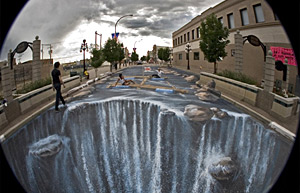 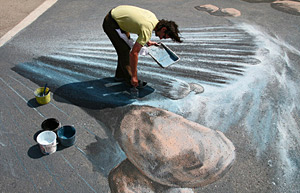 Julian Beever is sidewalk chalk painter and his works of art are widespread in whole Europe. He plays masterly and humorously with is illusory realities in different way. His masterpieces are devoted as to his own amusement, as to the fascination of the crowds, gathering around them. 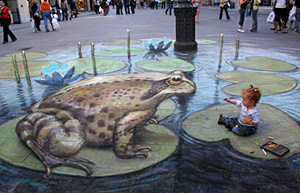 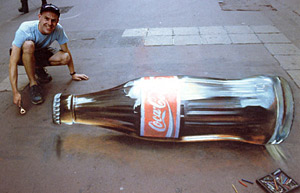 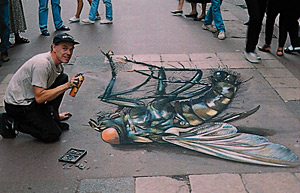 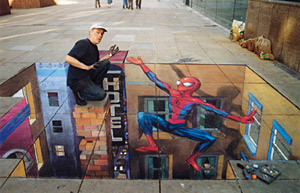 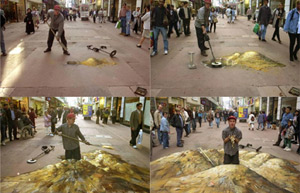 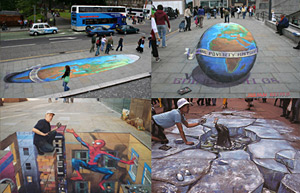 Amazingly in detail developed street works of art of Kurt Wenner represent religious baroque wall-paintings, as also surrealistic motives. Wenner is architectural designer in USA and in Europe, inspired as by the classic and the myths, as by the literature and the theater. 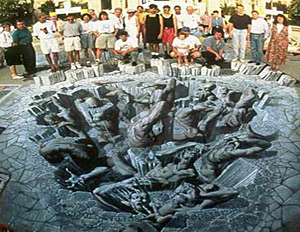 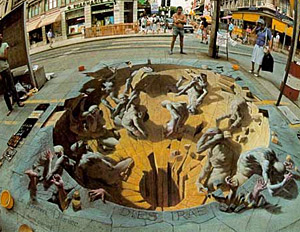 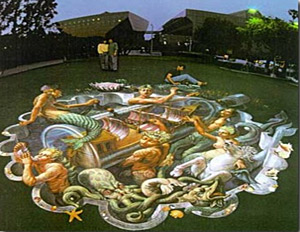 Street art – „the street” subculture...
Although it is a street art, this kind of art has museum character. And this character created perfectly is achieved with the help of chalk. I guess that only man that had seen with his eyes this type of art can explain what the feeling is. For the others it rests only the pleasure from the photos...

MORE PUBLICATIONS:   ISSUE 15: DISCO – SUBCULTURE THAT STAYS YOUNG   ISSUE 14: THE SKATE PARK SUBCULTURE – A MIXTURE OF EMOTION, MOVEMENT AND SELF-CONTROL   ISSUE 13: THE PIERCING SUBCULTURE – A RISKY OBSESSION OR AN OBSESSIVE RISK   ISSUE 11: THE EMO SUBCULTURE – THE DANGEROUS SAVING LIFE EMOTION   ISSUE 10: THE SUBCULTURE OF THE SHOCK ROCK – ONE SHOCKING THERAPY
﻿