Today the different subculture tendencies are various and interpenetrating, but to the bigger part of them is leading the element music and above all such kind of music, that is with a history of many years, transformed in classic for many generations. But recently one very different from the entire subcultures tendencies phenomenon, called emo style, especially strongly caused a sensation. It is different not only at the way of clothing, at the type of music preferences, at the type of behavior, but it is different at the way, it understands the world and it self. It is one „sad” subculture to a great degree namely because of the way, it perceives the ambient reality. 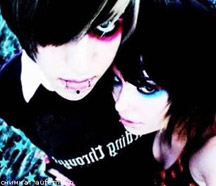 Definition and origin of the emo subculture...

The emo subculture is a combination from the punk rock and the hardcore tendencies. From etymological point of view the name emocore comes from emotional hardcore and its roots are in Washington in the middle of 80s. For founders of the emocore tendency could be shown Rites of Spring, Embrace and Rain. 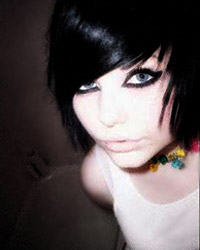 Gradually with the notion emocore they start to define themselves hardcore punk bands, which start to add melodic elements to their songs. The sadness, the love, the sense of guilt is the basic topic in the lyrics of the emocore. The emo style could be qualified as „rock music with emotional-lyric elements”. But this couldn’t be a final definition, because the debates about the definition of the emo subculture still continue.


The emo culture continues to develop and in 90s till today it continues to be popular for the young people. A whole teenage generation succeeds the name emo and the young people start to call themselves emos. The melodramatic behavior and clothes introduce a new taste to the music. This subculture is maybe one of the most popular and the most obsessing the mind of young people today. 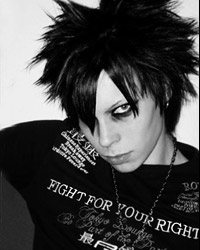 At first considered as a music genre, the emocore today is a subculture phenomenon that unifies music, behavior, fashion, style and way of life. The values, expressed through the music, consist in emotional topics, often associated with the despair, the nostalgia, the broken heart, the hope and the self hatred.

Emo-tional fashion...
Interesting and contradictory is the fashion of the emo representatives. Staggering hair styles, combined with sport clothing, with many accessories and a strong make-up – these are the most distinctive characteristics of the emo fashion that has its varieties and modifications.

One of the most important signs, characterizing the emo subculture is the way of forming of the hair. The emo hair styles are unisex – they are suitable as for girls, as for boys. Usually the emo hair cut is short, colored in black or at the worst in dark red. Every day to the emo maniac are necessary tons of gel, to make his hair cut in the possible most cult way.

A typical particularity of the emo hair style is the bang. It is maybe the longest element of the emo hair that is put closely over the one eye, as in this way it covers almost the half of the face. Usually it is straighten with the help of a press and it is fixed with gel or wax. The hair at the back is disheveled, again fixed with different styling products. 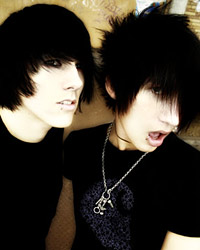 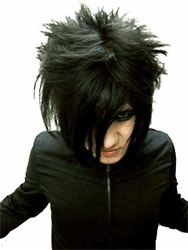 In the virtual space every one emo candidate could find precise advises in his search how to be emo. It exist many movies that explain by visual methods how to be made the hair style at home, what kind of hairstyling products to be used etc. To make a real emo hair cut it is not necessary the intervention of a hair stylist – it is necessary a little bit imagination and the help of one good friend.

Other, also very interesting for examination element from the image of the emo representative is the clothing. Tight jeans and t-shirts, with printed name of the favorite emocore band, skate sneakers, many-colored stockings, a great variety of accessories, badges, bracelets – these and many others interesting attributes characterize the image of the emo-tional young person.

As a whole the emos don’t give a great amount of money for clothes, they tend even to make the clothes, that they will wear, by hand – one more sign of their irregularity. The emos aren’t slaves of some brand, those sneakers they have to possess at any price.

Bracelets, belts with caps, hats – all these accessories are various and multicolored and they contradict to the tortured and lacerated soul of the emo representative.
Also very significant accessory is the ring, piercing the lower lip of the young subculture person.

The emo-tional nature of the subculture youth... 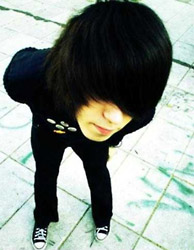 At their nature the emo representatives are extremely sensitive characters. The psychologists define them as introverts, who don’t want to communicate with the ambient world. Because of that they find a field of manifestation in the poetry. The poems that they write are dark, dispiriting, depressive and they inspire sadness and nostalgia. In this respect they to a great degree resemble to the Goths. The life and the pain are basic topics in the poetry of the young creators. The specialists advise the parents to pay more attention to their subculture person at home, because namely this way of living of the young people leads to things, for those I’ll speak down below in the text and that are incorrigible. 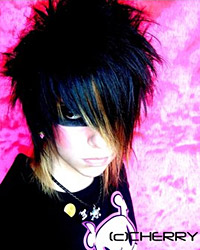 In fact this type young people, as all the rest, need love and seek it all the time. Just in the process of this search they fall into the dark bottom of their souls and they suffer desperately. They suffer, they cry and they listen to their favorite emocore bands – the only ones that understand them.

For all these emotions, characteristic for the emos, it is especially important the moment with the age. Usually the emo maniacs are between 12- and 18-years-old, when they are especially emotionally and psychically unstable and namely this tendency is the vent for the most young emo adherents. When we add to this the factor „family problems” the receipt is perfectly made and the real emocore representative is ready.

Many stereotypes exist for the emo subculture like for the other subcultures. For example could serve the suicides, the vampire character of the preaching by them ideas and many others. Of course, there are young people, who take destructive for them decisions, but we can’t say, that all of them take the same decisions. On the contrary – this is one very interesting, to some degree new and unexplored subculture tendency that we don’t have to ignore, but to try to understand.

Except the music and the poetry it exist one more place, where the emo representatives feel good. This is MySpace – in this community they can really find followers in the ramblings of their minds. 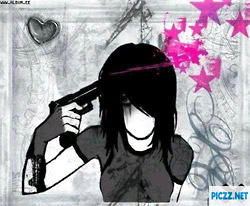 The emo subculture got very popular in the last years with some negative events that had shaken the parents and the society. It is found to be that the values and the beliefs that he emo culture preaches are extremely dangerous the most for the health and for the life of the young people. But here it is not about alcohol and cigarettеs, but for something more dangerous and frightening, called suicide. The emo communities decide their problems as they commit suicide by rituals.

Even in Bulgaria these tragic events are a fact, to which we become witnesses „thanks” to the media. Before some months two 14-year-old girls horrified the society, cutting ritually their veins. The motto that they believed in was „The kitchen, the knife, the veins, end of the problems!”

And this is not the only case. In the virtual space the information for such tragic events flows. The emos believed, that after their death they will be regenerated and they will go to a better world. 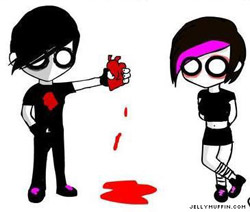 Many sites and bloggs for the emo culture use quite scaring backgrounds that couldn’t be passed so easily by psychologists and other specialists in this area. Animated sites flow where for background are used children with gun points at their temples, broken hearts and blood. This is one more sign, that is evidence about the dangerous philosophy of the emocore representatives – and namely the suicide. 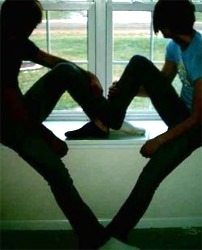 In the media are often found articles with alarming headings and shocking photo material, that have for purpose to wake the sleeping social and parent conscience and to tell how suffer their children and how much they need the parent’s love. However namely because of the creation of negative aura around the topic emo subculture it start to be published materials, examining the emo subculture like every one normal youth subculture with its moment character and sensibility, with its transience and colorfulness, with its poetics and many-siding.

The emo subculture – dangerous or saving life...
After all this, now in front of us is standing the question to what degree to scare from this tendency, to what degree the children have to be protected and how to be transformed the negativism in this tendency in positivism. The emo culture is extremely excite, many-facing and various. But there exist deep-seated negative directions of thinking, that the young person have to bear in mind and not to be amenable to them. Every one teenager has the right to be such as he wants to be, independently to what subcuture tendency he is an adherent. The important is to be happy of what he is, of the life he lives and of what he believes in. The young person should believe in good, in beautiful and in positive. The emo subculture is also such kind of subculture. Let young people achieve to get only its good things...

MORE PUBLICATIONS:   ISSUE 10: THE SUBCULTURE OF THE SHOCK ROCK – ONE SHOCKING THERAPY   ISSUE 8: GRAFFITI SUBCULTURE – AN ART THAT DOESN’T HAVE AN ANALOGY   ISSUE 6: THE PREDETERMINED SATAN IN THE FACE OF THE BLACK METAL SUBCULTURE   ISSUE 5: THE NEO METAL – RAP, METAL OR JUST ONE KILLING COMBINATION   ISSUE 4: HARDCORE SUBCULTURE – SALVATION FROM THE REALITY OR REALITY IN THE SALVATION   ISSUE 4: Young and Clean – Straight Edge Subculture
﻿