PIERRE CARDIN - THE EMPEROR OF FASHION BRANDING PASSED AWAY

Pierre Cardin, one of the greats in world fashion design, has died at the age of 98. His merits in style are innumerable: from the launch of the "space" vision through the creation of pret-a-porter to the legitimization of fashion as equal to other arts. He was the first designer to be accepted as a member of the Academy of Fine Arts in Paris, an Officer of the Legion of Honor and winner of three Golden Thimble Awards for haute couture. Along with all the others, one of the greatest merits of Pierre Cardin is that he made refined fashion accessible, enabled elegance to reach ordinary people. His life and work are one of the best proofs that there should be no iron curtains for fashion and business, there should be no ideological restrictions. During the Cold War, Pierre Cardin easily crossed borders and presented his fashion not only in Paris, London, Tokyo and Milan, but also in Sofia, Moscow, Havana and Beijing. 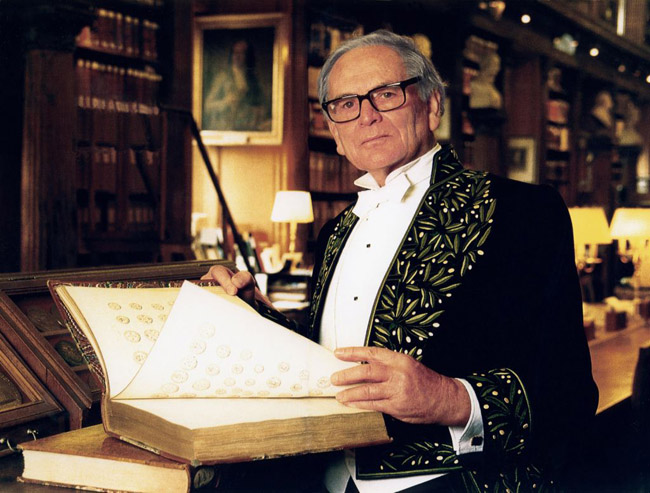 I had the chance to meet Pierre Cardin 5 times and interview him 3 times (in Paris, Cannes and Sofia) for television and the press. In my memories, this ingenious designer and - as I like to call him - emperor of fashion branding, will remain with his charisma a fine esthete, but also a wise, determined and strong-willed man, with whom you can communicate very easily and fruitfully. He spoke calmly and emphatically at the same time. In this firm and unshakable conviction of his was the character of a person who had built himself in a unique way. Behind his every word was his astonishing artistry and the scope of the transcontinental entrepreneur. His special pride was the fact that he was one hundred percent owner of his brand, the fashion house and company "Pierre Cardin". 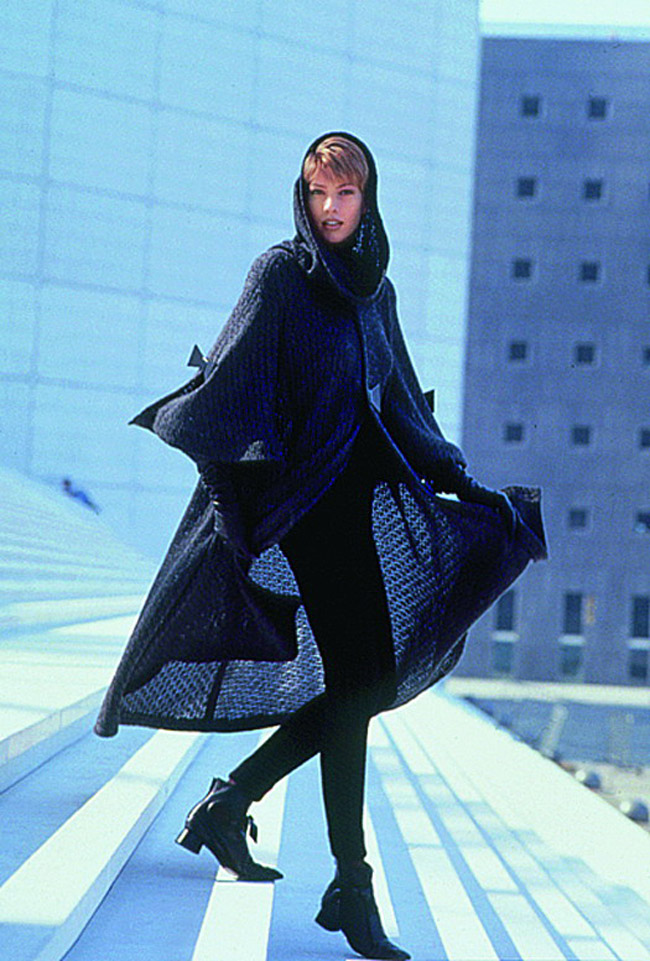 Another of his exceptional capitals was his fame. Cardin never hid the fact that his extremely high activity abroad was not dictated only by the desire to make profits and accumulate money, but above all to achieve international fame, to build a global image, to implement branding without shores, to influence - culturally, fashionably and aesthetically, the whole world. When I asked him at one of our meetings what his greatest success was, he replied: "... To become a famous artist all over the world and to remain so - i.e., to be respected by other designers as well. The academy accepted me, which means that I have talent, and, secondly, what interested me more was that my fashion is not privileged and is not only a product for the rich - i.e. I also create a brand for the audience. So, I can say that what I managed - it was difficult - to be a designer, a businessman and a famous person. I believe in this achievement of mine. " There is probably no country on the globe where Pierre Cardin goods are not sold. At the height of his international business, Cardin's active licenses worldwide were 800! 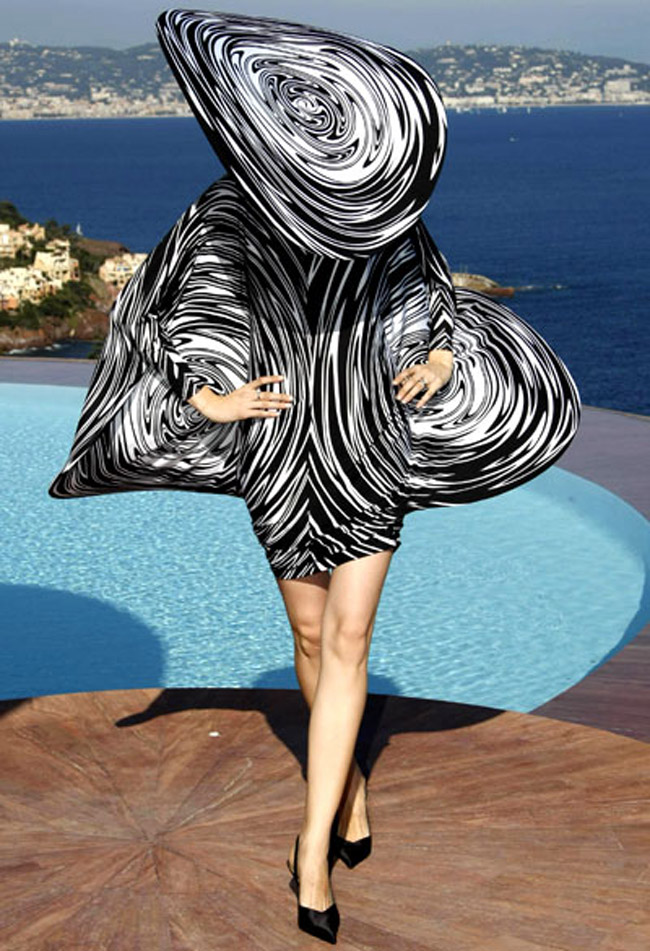 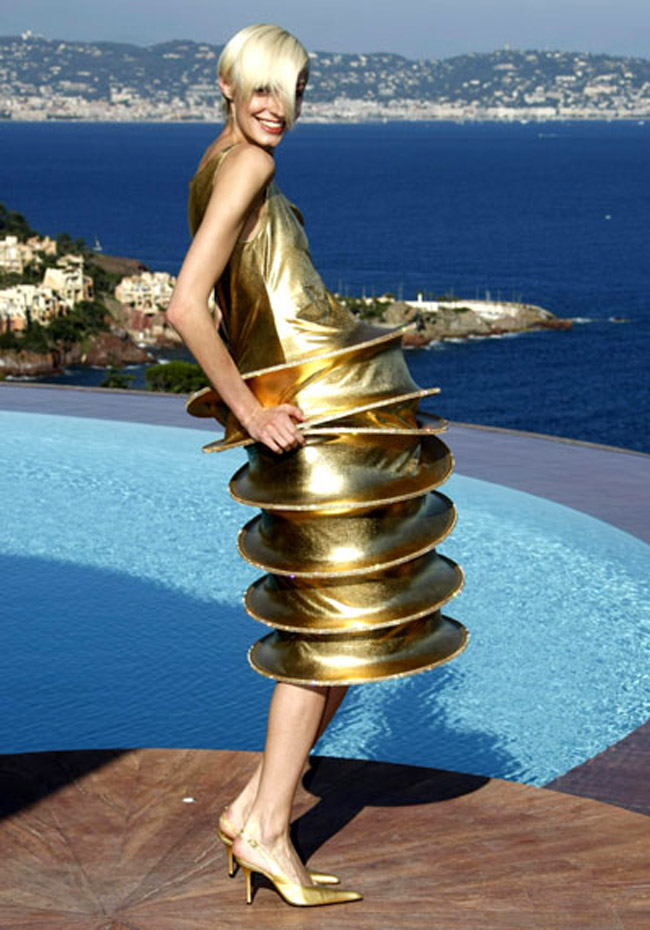 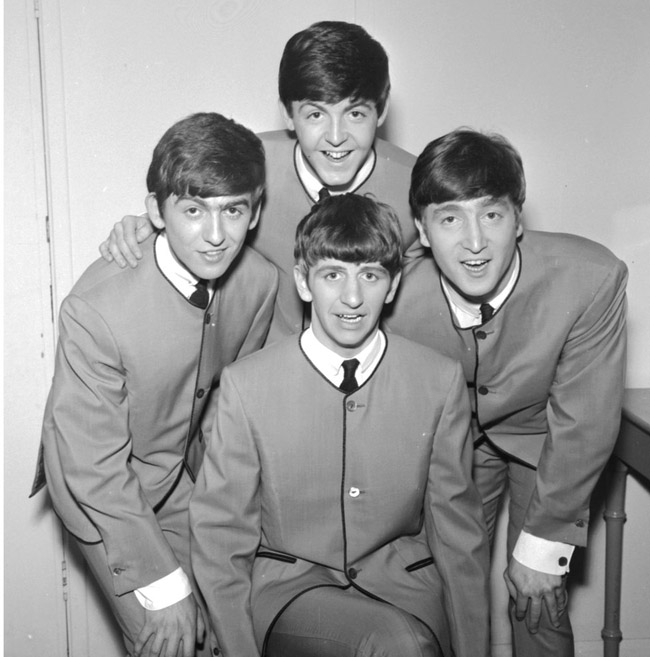 Pierre Cardin went through - albeit in a relatively short time - the great schools of Packen, Elsa Schiaparelli and especially Christian Dior. But he is a school for himself - for himself. From an early age he was in the craft and could perfectly cut, sew, model. His inspiration comes from his inner world, from science and from modern life. In our conversations, he pointed out that he makes a big difference between creativity and taste. For him, taste is the ability to decide whether something is good or not. While creation is a process in which the designer manages to impose what he likes and what he does not like. Cardin used to say that the artist is a person who should confuse others with his diversity, innovation and provocation. If a designer, an artist in any field, is no different, he is not an artist. "That's why he should always look for the best, to criticize, not to like - this is the formula for a true artist," the maestro taught. 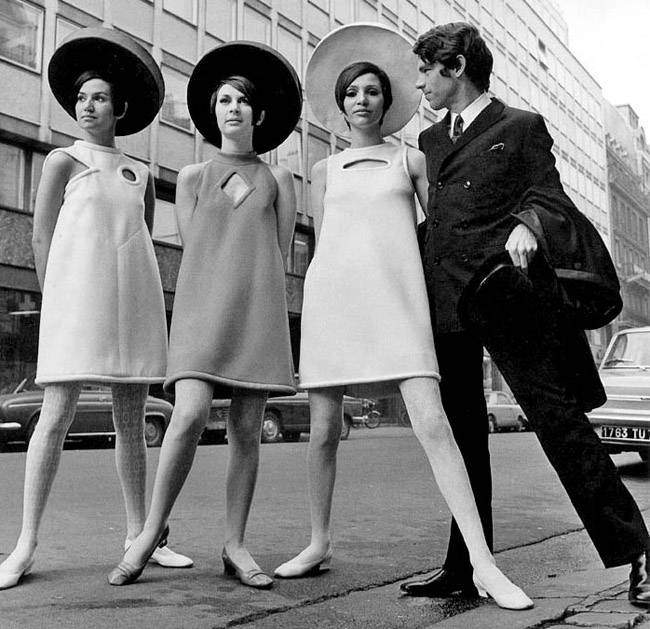 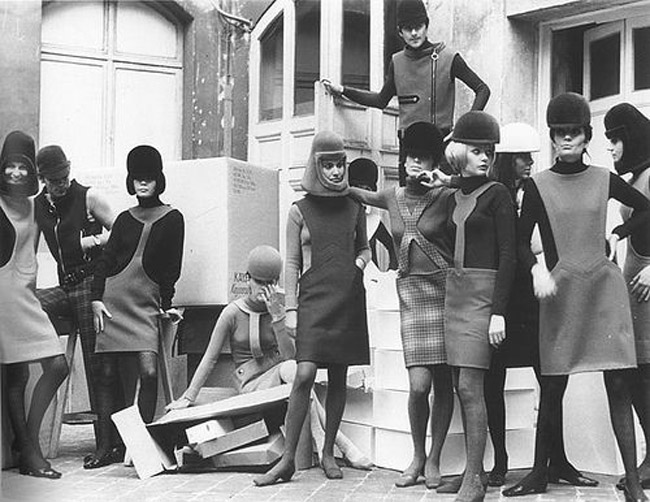 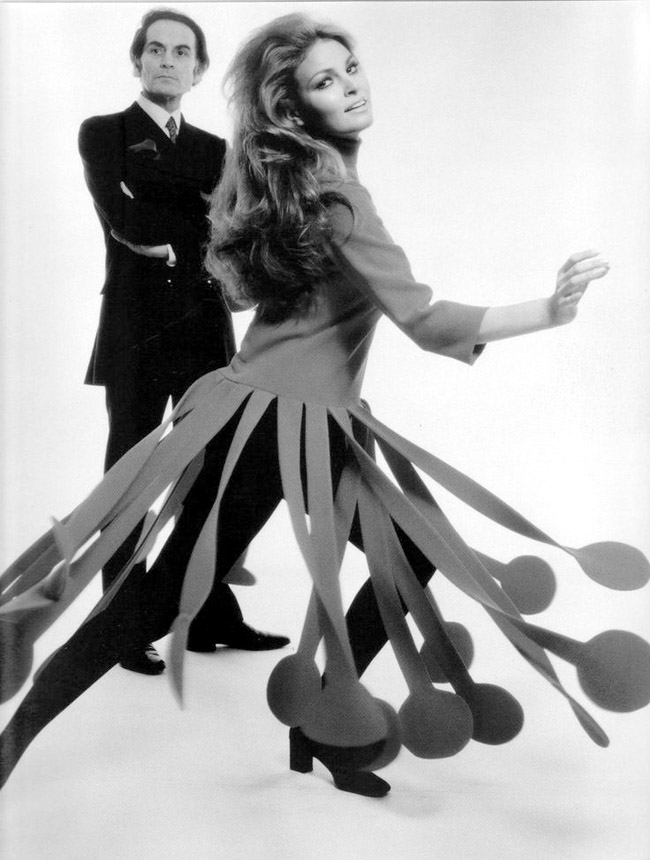 The introduction of pret-a-porter (confection, ready-made clothing) for women was the work of Pierre Cardin, who in the late 50's scandalized the French Chamber of Haute Couture, becoming the first designer to start producing ready-made, mass clothing. He explains this truly revolutionary step with the loss of faith in haute couture - the one he aspired to at the beginning of his fashion career. He gradually came to the conviction that clothes and accessories for the world market should be produced and the masses on the street should be satisfied. That is why it is quite natural, as he put it to me, "to forget about ingenuity and the creation of haute couture and to decide to deal with ready-made clothing." 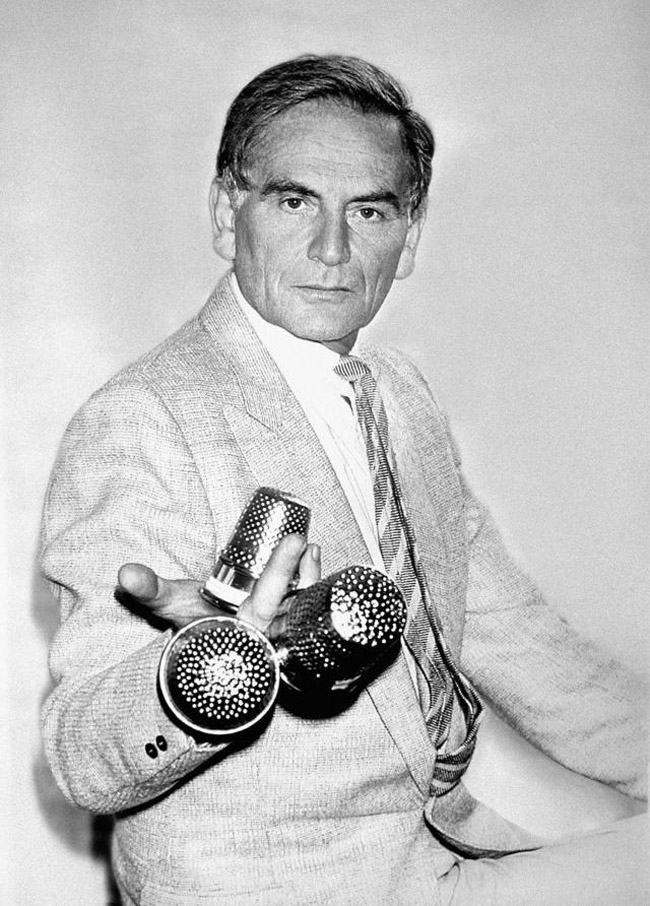 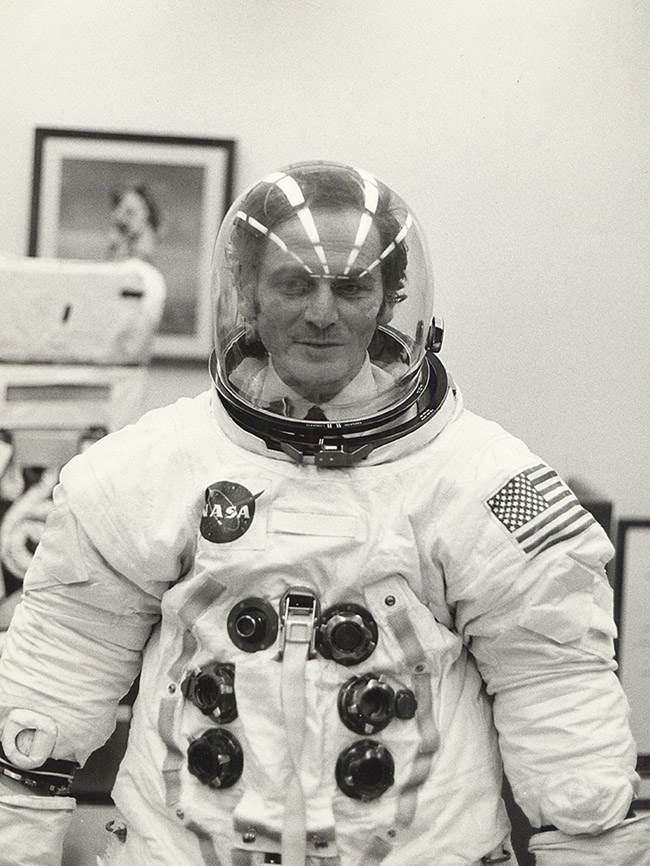 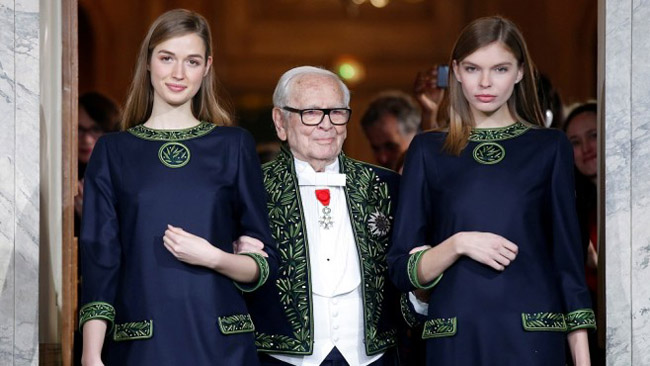 Among the most impressive qualities of Pierre Cardin is his unusual reflex to the modern, to the new. This extraordinary fashion dynamic is the result of his sense of rapid social and cultural change. At the very beginning of his professional career, long lengths were in vogue - they all wore long ones and heavy clothing. As he once told me, decades ago, the nakedness of a woman's breasts could hardly be hinted at, while now nudity is total and extreme. The mini style in clothing is no longer a sign of vulgarity, because “before an elegant lady could not show off her legs, while now it is not only sexy, but also in line with fashion. Then came the so-called "space" period, which had a huge impact on me and which was associated with science fiction, astronauts, satellites, the discovery of the future world, and this was the period of my inspiration, my strength - a very important period for my development then. " It is normal, when you have created a style inspired by the universe and made millions of people around the world wear glamorous, spherical, oval and round (as a shape) clothes, to wear a real astronaut spacesuit. Pierre Cardin was the first, and perhaps the only, fashion designer to wear the spacesuit not to anyone but to Buzz Aldrin, the second man to set foot on the moon. 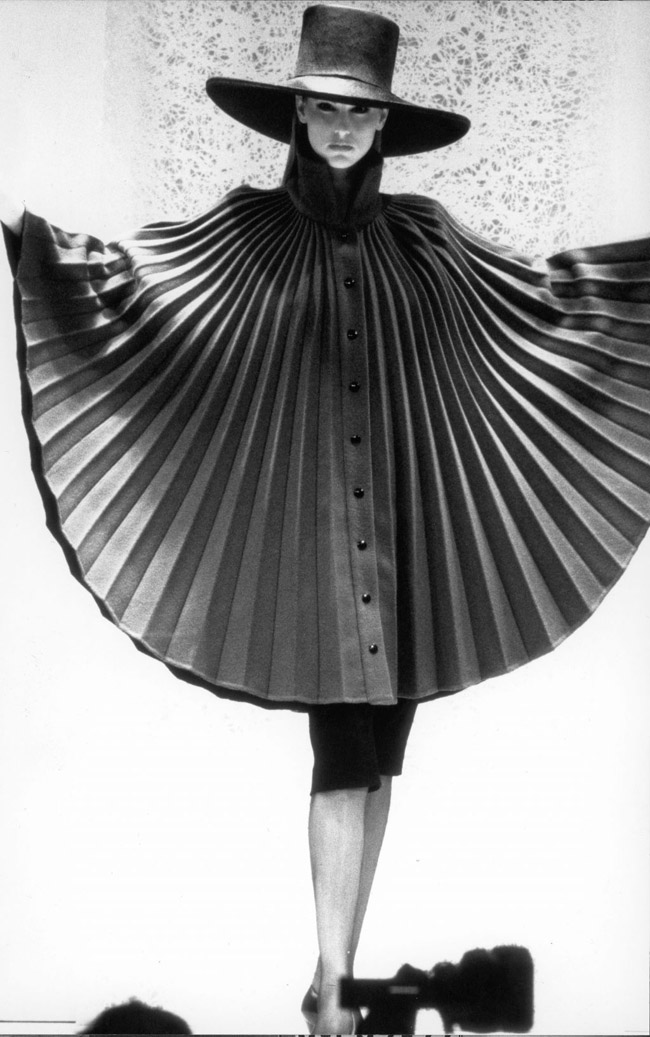 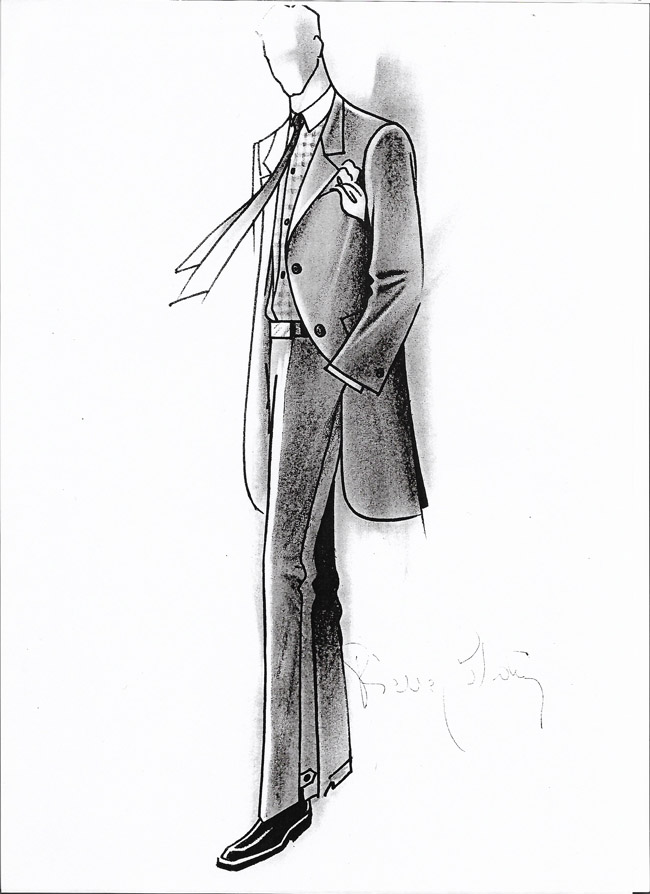 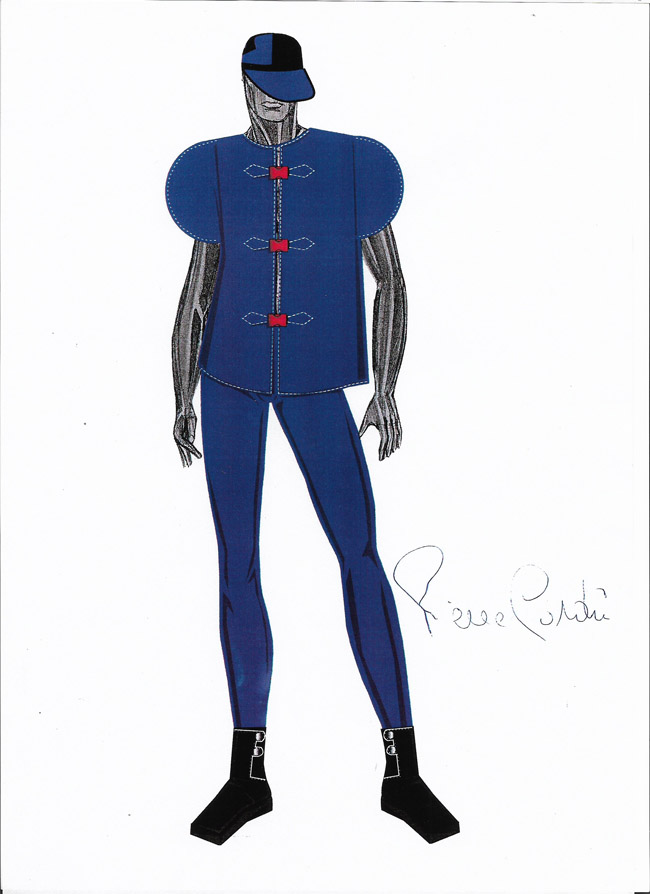 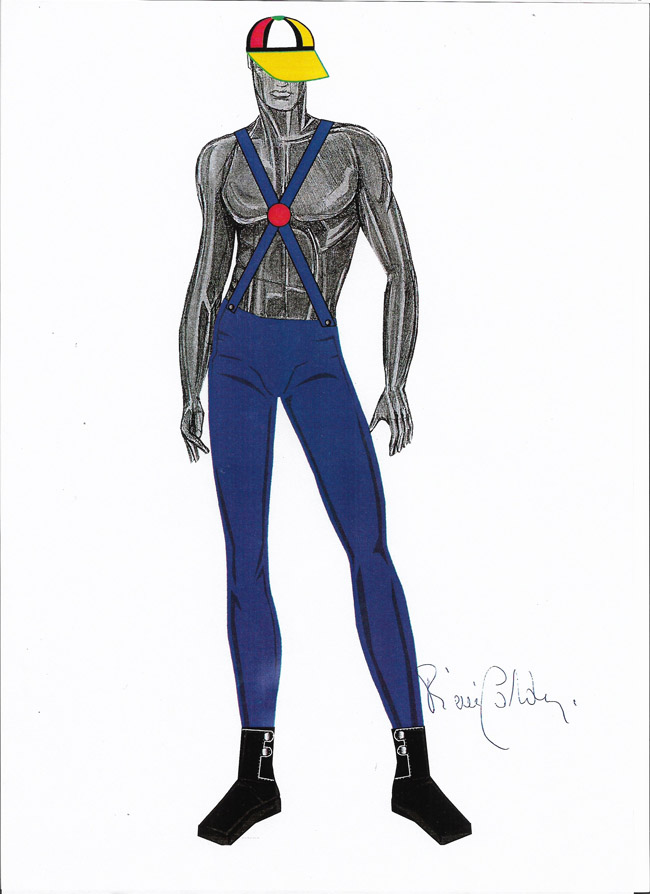 During his stunning 70-year fashion career, Pierre Cardin has dressed the most famous people in the world, the biggest celebrities. It's a daunting task to list them here and now, but I can't help but mention Jackie Kennedy, Elizabeth Taylor, Brigitte Bardot, Jeanne Moreau, Raquel Welch and Sharon Stone. I can't ignore the fact that the greatest pop group of all time - the Beatles, liked his style and decided to wear his famous jackets without collars, the so-called "Collarless jackets" to distinguish them from other rock and pop bands that at the time wore banal and boring costumes, or to put it bluntly, looked bad. 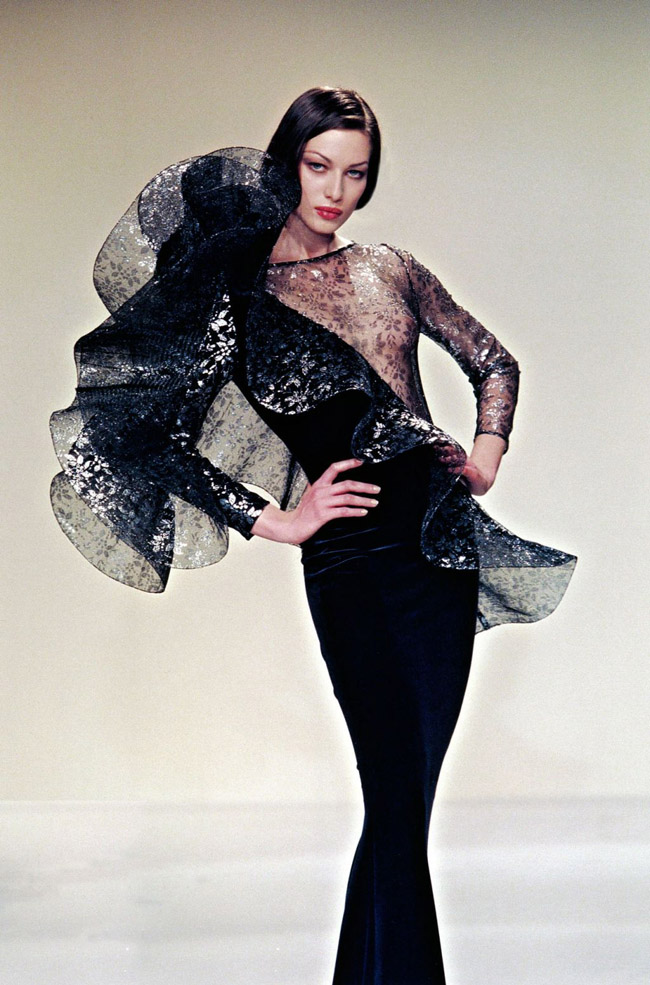 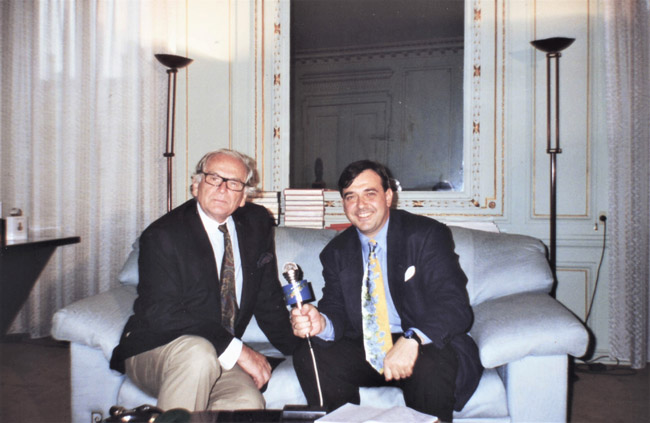 During our meetings, and especially when I interviewed Pierre Cardin for the Bulgarian National Television, Nova TV and a number of other electronic and print media, I was curious how he dressed. I had, of course, great impressions of his appearance, his weakness for blazers and elegant ties, but I was interested in his thinking in that direction. He told me that in his youth he behaved very avant-garde - "like a skinhead" for his time, but now he dresses according to his age. For him, choosing a personal style is a matter of self-respect, and whenever you try to look younger, you actually look older and can make fun of young people. "You don't have to bother with life" - this was his quintessence for choosing a personal style of dress. 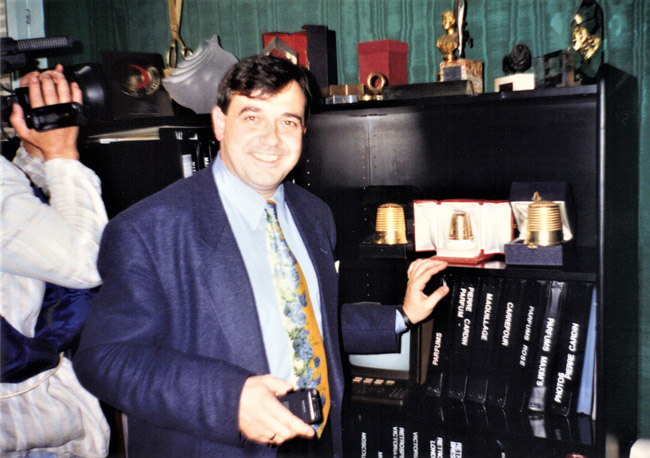 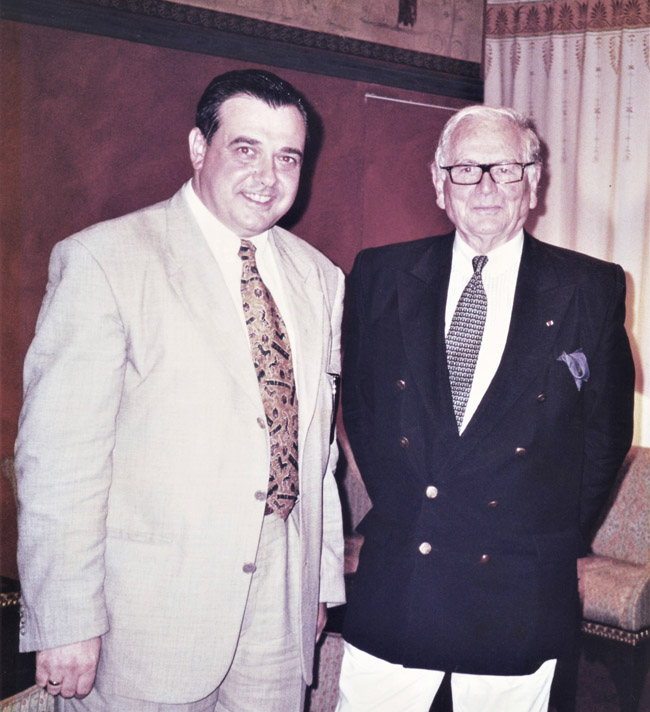 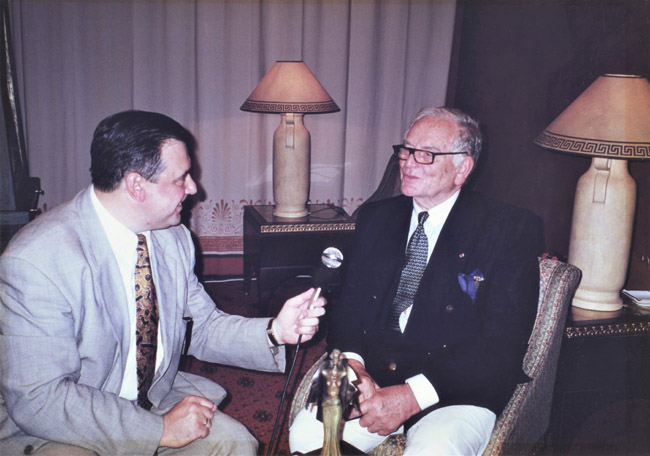 ...During our meetings, Pierre Cardin repeatedly spoke about Bulgaria, which he had visited at least five times, with love, respect, but also with some disappointment, as his high expectations for active collaboration with our industry in the 80's and 90s did not come true. The conversations invariably talked about Sun - a wonderful actress, model and fashion manager, married to the Bulgarian artist and textile artist Marin Varbanov. Pierre Cardin spoke enthusiastically about Dechko Uzunov and our national costumes, which he called real masterpieces. There is more to tell, but it will happen some other time. 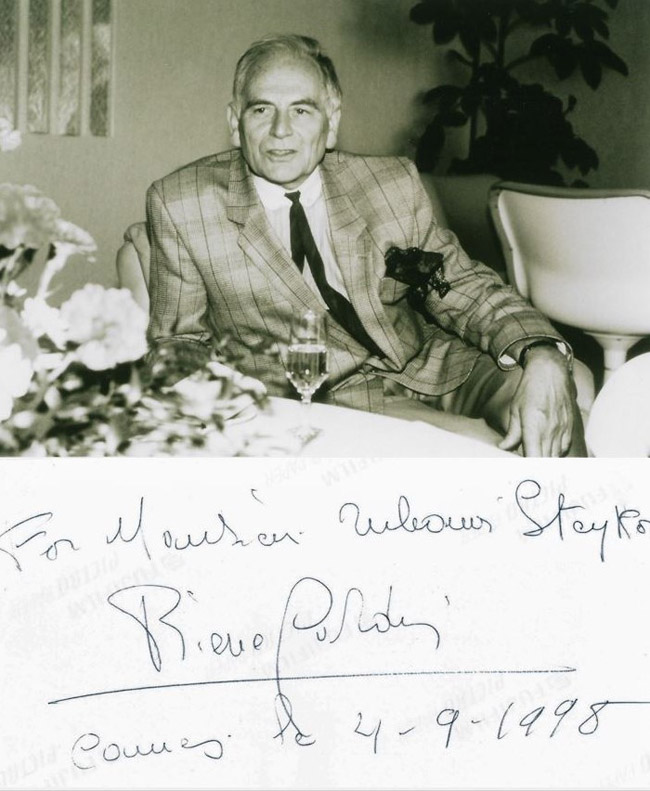 With Pierre Cardin, an entire era in style and fashion design goes. However, he is spiritually immortal and will remain in our souls and hearts with his unique art and the covenant that fashion is not only for the rich, but belongs to all. Bow, maestro!