After the era of Naomi Campbell, when the black pearl was ruling the catwalk, it’s hardly to accept that there is someone who believes that another black model will become so famous. It is true that nowadays racial discrimination wraps even fashion business and afro-American girls on the catwalk can be count on the fingers of one hand. 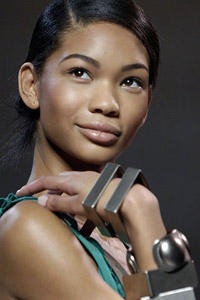 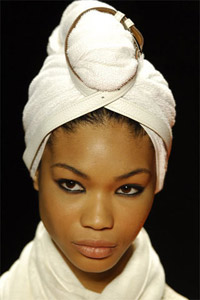 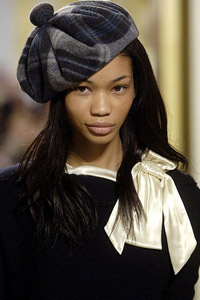 But there is one name who managed to emerge on the surface. Chanel Iman Robinson becomes new classic in fashion genre. 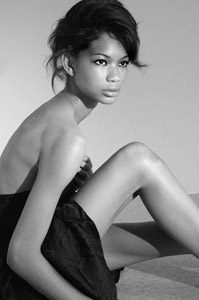 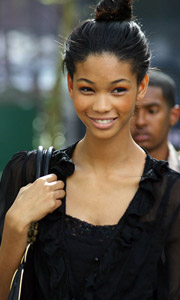 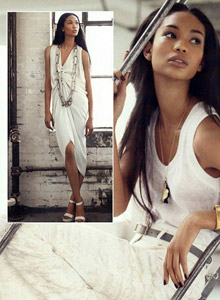 She is born on 30th November 1989 and although she is very young she has significant practice in fashion shows and advertising campaigns. In 2006 she wins third-place in Ford Models' Supermodel of the Year contest and debutes in a Mars Jacob’s show. Then engagements for top designers such as Dolce&Gabbana, Issey Miyake, Valentino, Vera Wang, Jean-Paul Gaultier followes. In October 2006 New York Times writes feature article on her where Iman explains she has wanted to model for her whole life and Style.com announces Iman as a rising star of the year. The next yeat Annie Leibowitz photographs Iman for Bottega Veneta and then she is interviewed for another magazine by her namesake, the supermodel Iman. In July 2007 she is featured on the cover of Vogue, as one of the world’s next top supermodels. 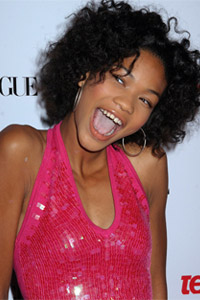 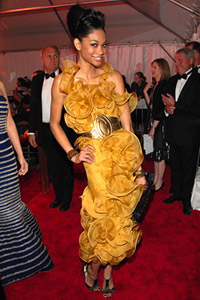 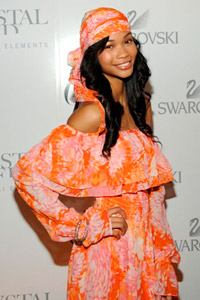 Chanel Iman often takes part in TV shows or comments in press the dificulties, which black girls have to overcome. She is invited in Tyra Bank’s show together with her mother to discuss this problem and New York Times publishes a material on this subject.

Soon after Chanel starts her career, she receives the honour to close the fashion shows which she takes part in.

Then participations in advertisng capaigns for Gap an Ralph Laurn follow. In 2008 Chanel Iman is one of the afro-American models on the so called “black” cover of Vogue, dedicated to black ladies on the catwalk.

MORE PUBLICATIONS:   ISSUE 17: Olga Kurylenko – THE BOND’S GIRL   ISSUE 16: AGYNESS DEYN – THE BEST DRESSED WOMAN IN THE WORLD   ISSUE 15: Karolina Kurkova – the Slavic formula of success   ISSUE 14: GERGANA CHAKAROVA: „MAKE WHAT IT SHOULD BE DONE, LET IT HAPPEN WHATEVER IT WANTS!”   ISSUE 13: MIRANDA KERR – THE AUSTRALIAN FAVORITE OF AMERICA
﻿