When I heard about the industrial for the first time, I told myself: “This must be cool”. And truly it was. The industrial subculture proved something totally different from everything.

The industrial subculture was born as a mutated and futuristic form of the punk style. Generally, the new subculture seems like the old punk style. Specifically, the industrial has adapted the punk style to a more modern and futuristic semiotic field. One idea unifies the two subcultures – the chaos and the lack of control that they proudly flaunt. The punk represented the chaos in the near past, and industrial subculture is a continuation of the chaos in the future. It is a future where machines have more communication between each other than human beings do. It is a future, where the progress of technology and the lack of control take an important place. Punk and industrial subcultures consciously chose not to be part of the stereotype and the social norms. They want and they succeed in breaking them. 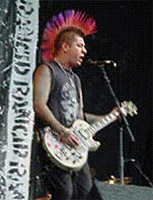 Punk music is characterised by screeching vocals, distorted instruments and explicit use of foul language. Punk uses this wide variety of crashing and destruction to create a surreal effect that emphasizes different elements of chaos. Punks are proud to be who they are. They are proud of the fact that they are marginal heroes in the society, but at the same time people always pay attention to them in one way or another.

Punks have no desire to belong to a world ruled by hypocrisy and insincerity. Because of that they escape from reality through their music. Sex Pistols, The Clash, The Unwanted are their saviours.

The industrial subculture appears as a synonym of punk. Many identical elements can be seen in the industrial as well as in the punk music. But the most obvious of these is the anger. Anger and dissatisfaction are two key elements in the industrial music. The leading rhythm in both styles is loud and fast. Another interesting component shared by punk and industrial is the use of abnormal sounds to create surreal effects. Industrial music adapts different screaming components to the audio from the science fiction and action movies, to create surreal atmosphere. This effect creates the feeling of chaos, identical with the chaos, created by punk style.

Punk fashion similarly emphasizes chaos. Mismatched plaids and ripped school uniforms are commonplace. Punk fashion also demonstrates a strong tendency towards fetishism – the cult to objects is important place. Industrial fashion is a reflection of the punk style, but it exists in a more crooked, dark and futuristic time frame. You can see the chaos in the small pale faces and tattered black clothes of the admirers of industrial. Tightly painted lips and massive amount of black eyeliner are the semiotic signs of the desire to stay away from the norms of good manners in the society. 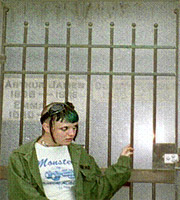 The industrial subculture takes punk’s fetishism to an even more extreme level. Black leather corsets and tight black chokers, thigh-high black boots, bodies, adorned with hypodermic needles, ritual body scarification and tattoo – all these fetishes proudly wave the flag of the industrial subculture. They all show how out of control each member is, and how proud of the fact he is.. Fashion fetishism, whether punk or industrial, allows the wearer to transcend these social boundaries of good manners and become the antithesis of the accepted by the society values and norms. 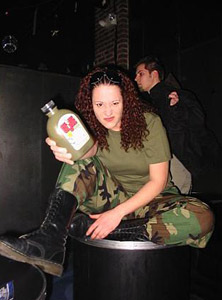 The accessories of the industrials are bounded with their way of living to a great extend. Goggles are an obligatory attribute to protect from the blinding flashing club lights. The outdated computer cord, rounding the body, is accessory that brings in futuristic suggestions. The black electrical cable – it looks cool when you wrap it 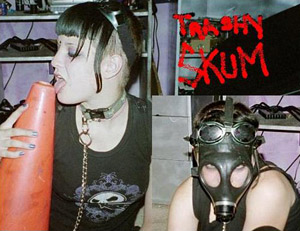 around your arms and it can also be used as a gag and bind the enemy. Other very popular accessory is the suspenders – one industrial never knows when he will have to take them off and beat someone senseless with them.

The gas masks are also used by the industrials – they don’t want to feel the unpleasant smells in the clubs they use to visit. What is common for all the mentioned accessories? All of them suggest the feeling of high technology, futurism and they are very important for the industrials.

Very popular tattoo is the bar code. Usually the representatives of the industrial subculture have a bar code tattooed on the back of the head. In this way they show that they are part of one mechanised high tech society. It doesn’t matter if it is a yoghourt or wafer bar code – the important thing is that the industrial stamps himself so that he can be easily identified by his followers. 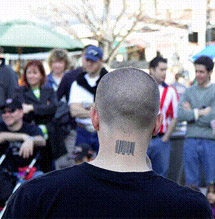 The bar code can be tattooed at different spots on the body – for example at the hand. In this way the industrial becomes a mass product. Computer parts like printer cable or network cards contribute to the cyberpunk look of the typical industrial.

Industrial subculture is a interesting amalgam of punk, gothic, and metal. The basic emotion of the industrial admirers is anger. 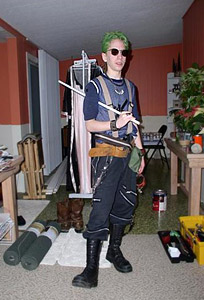 Industrial subculture copies the style of science fiction / cyberpunk movies and literature. An obligatory element in the equipment of every industrial are knee high boots or army boots that create his heavy step and combat appearance. The bat is a basic weapon against the evil people. The jeans are tucked into boots or the shorts are cut where the boots meet the knee. The roll of black masking tape is indispensable part of the clothing of the genuine industrial. Military clothes are very popular. If you really want to be recognized as an industrial, you have to use the black masking tape and to type one big black “I” on the bat. Everyone will understand it means Industrial.

Anger is also expressed while dancing. The loud and aggressive music infects industrials to dance and jump like crazy, while flapping arms with boxing movements and stamping feet. This mini movie presents examples of dancing. 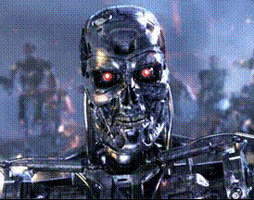 Similar to the punk hairstyles, the industrial haircuts are colourful, but simplified. There are three major haircuts, all of them unisex: completely shaved head; “military” haircut; and shaved sides and back of head with longer hair on top of the head. The industrial admirer can feel free to add dreaded extensions to his look. Of course, hair should be kept at a basic colour such as black. It is not recommended to attempt green, orange or pink, because the industrial can be confused with a representative of another subculture.

Industrials are admirers of all movies related with the new technologies. Classic movies like “The Alien”, “The Matrix”, “The Terminator”, “Star Trek”, “Hackers” and “Natural Born Killers” are basic about the industrial subculture. “The Terminator” is one of the most industrial movies ever. In the personality of The Terminator successfully combines the characters of a human and a machine. When industrials choose the accessories for their clothes, they are inspired by these movies. 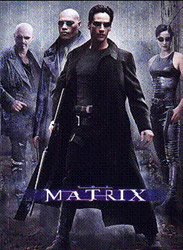 At the time when the punk subculture was popular, there wasn’t any other source of information except newspapers and magazines. However, today the main source of information about all things that people are interested in is the Internet. There are a lot of online magazines, forums, blogs and every admirer can visit them when he wants. Different cool themes, exciting different subculture groups, are discussed. Namely – haircuts, bands, clothing, performances, piercing, tattoos, make-up, generally all kind of information, which characterizes the subculture. Such are:

4. Links to sites of various industrial subcultures in different countries.

So, the popularity of the different subcultures and namely of the industrial, becomes especially effective.

...”If I appear at the stage without make-up, it’s the same like if I appear on slippers”…

Guess who said this? He is not just anybody. He is the shock-rocker with industrial story Marilyn Manson. In fact the real name of the crank is Brian Warner and his stage-name is a combination of the names of the legendary Marilyn Monroe and one of the most traced serial killers in the world Charles Manson. The story of Marilyn Manson is connected with the king of electric industrial Trent Reznor  (the frontman of the band Nine Inch Nails), who noticed the gifts of Marilyn and later he and his band became supporting in the American tour of NIN. The best hit “Sweet dreams” (Eurhythmics) is reconstitute from Mr. Manson. So with this song he breaks all the charts. 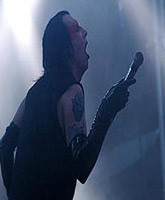 The performances of Marilyn Manson are extremely impressive. The are one unforgettable show, in which he combines image, sound, make-up, stage attitude, effects. The Bulgarian fans of the industrial star were lucky to be part of his live show at July 4th 2007 on “Academic Stadium” in Sofia.

The show that Marilyn created was unforgettable. He left the audience breathless playing hit after hit – “If I was your vampire”, “Disposable teens”, “Sweet dreams”, “Tainted love”, “The dope show”, “Great Big White World” and many others. He puzzled the public with his attitude. He took off his trousers, imitated sexual acts during the show – scenes, characteristic for the live performances of the musician.

The commentaries about the subject Marilyn, in the virtual space, before and after the performance, were very active. Spitting and adorable, he remains one of the key industrial figures of our time. Marilyn is qualified from the critiques with a lot of definitions – vampire, bloodsucker, zombie, cannibal etc. But he is just a star and this is his image – strong make-up, clothes from black leather, knifes and a lot of different attributes, which complete the suggestions of his texts.

The website of Marilyn Manson is also unique. Phenomenal graphic conception, sound and pictures – the site of the great artist impresses with his unique style. 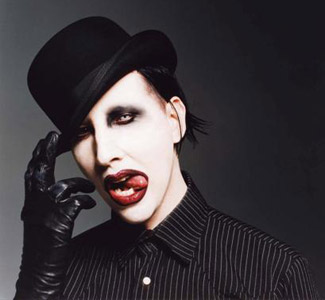 Summarizing the written above, we may say that the industrial subculture is dynamic, colourful, diverse and very interesting to investigate. Attitude, make-up and musical interests, haircuts – all in the industrial maniacs impresses with their eccentricity and variety. The only thing to do is to plunge in the everlasting informative avalanche of the virtual space and dream that one day everybody will be so free spiritually, like the representatives of the industrial subculture.