CVETI VESELINOVA WITH A HOT STYLING IN HER NEW VIDEO

She officially presented "Goreshta" on her birthday

Cveti Veselinova released a new summer single. The music and the arrangement of the song are made by the composer Svetlin Kaslev, and the lyrics are co-written by Cveti and Evangeline.
In the video, we see Cveti in three completely different roles. Especially for the video creation, the director prepared a decor that takes us to the Middle East. The artist's vision is attractive and exotic. The ethereal satin set is by BSB Fashion, the glamorous jewelry with multicolored stones is by Thomas Sabo, and the turbans that complement the styling of the singer and dancers are by Dona Concept.
The second look of the curly-hair Cveti is sexy and quite hot, and the outfit is again from BSB Fashion. The storyline brings a summer mood, complemented by many dances, along with a special guest in the video - the actor Dimitar Goranov-Fling. 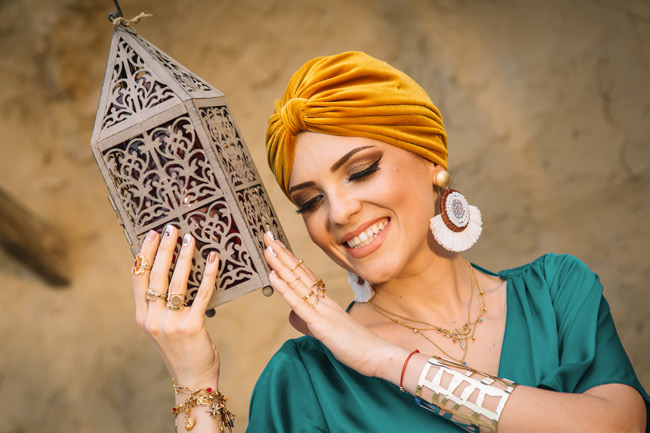 The final shots of "Goreshta" were shot in the Botanical Garden, where the artist relies on an animalistic print, surrounded by exotic plants. The dress is from fashion giant Guess in collaboration with Jennifer Lopez. 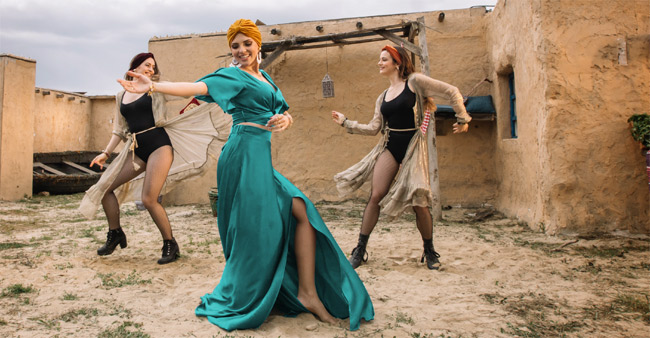 Cveti's overall style in the video was prepared by the fashion editor and stylist Stanimira Stefanova. Desislava Stamova took care of the singer's make-up and hair.
In 2019, Cveti Veselinova debuted on the Bulgarian pop music scene with the song "na edna raka more". 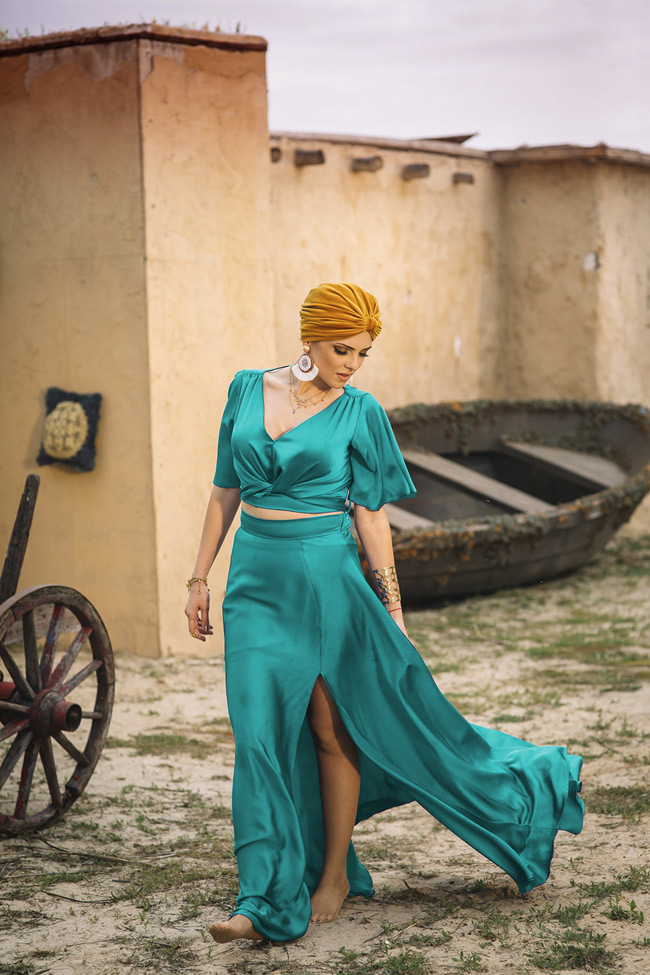 Currently, she is the singer in the band of "Shouto na Nikolaos Tsitiridis" on bTV. 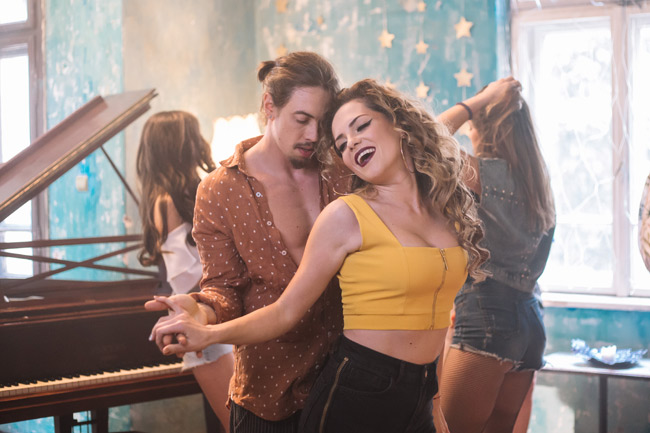 Although over the years she has performed mainly in pop music, she doesn't hide her love for Bulgarian folklore, and performs it with pleasure and from the heart.
In 2018, Cveti participated in the Pirin Folk Sandanski Festival. At the gala evening she was awarded with a total of 5 prizes for the two competition programs. 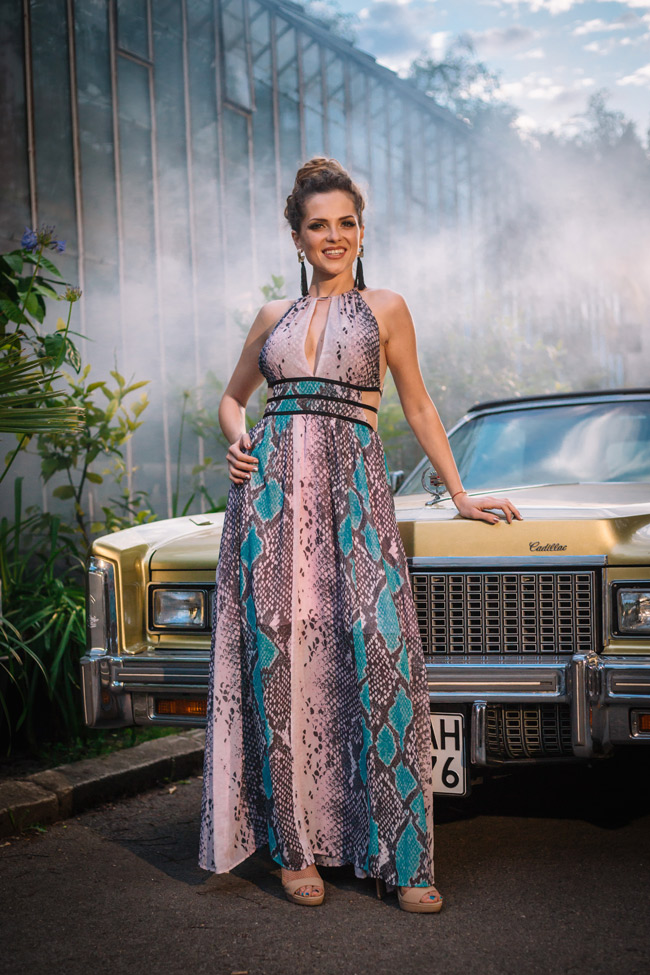 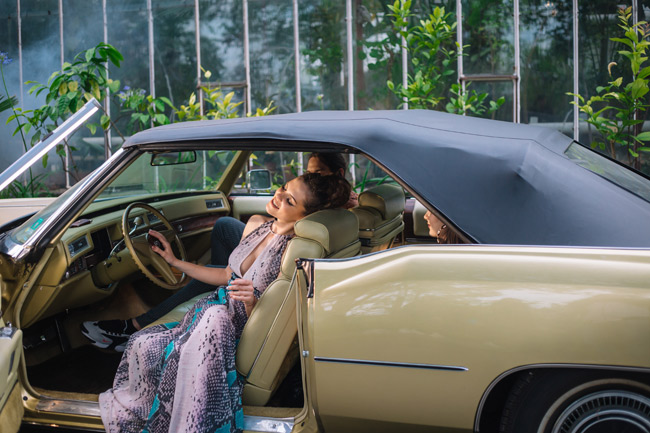 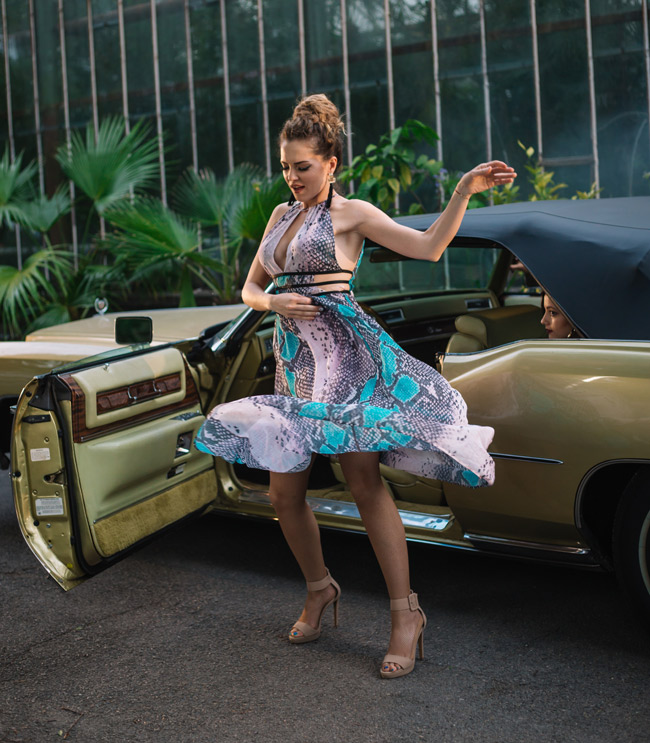