A CINEMATIC ADVENTURE FROM A NEW DIMENSION - SONIC THE HEDGEHOG 2

On April 1 - no joke and no trickery, it was time for a cinematic adventure of a new dimension. The cult blue hedgehog from SEGA's popular game series invades cinemas and gives an unforgettable supersonic start to the spring movie season with the eagerly awaited fun and spectacular action film Sonic the Hedgehog 2. 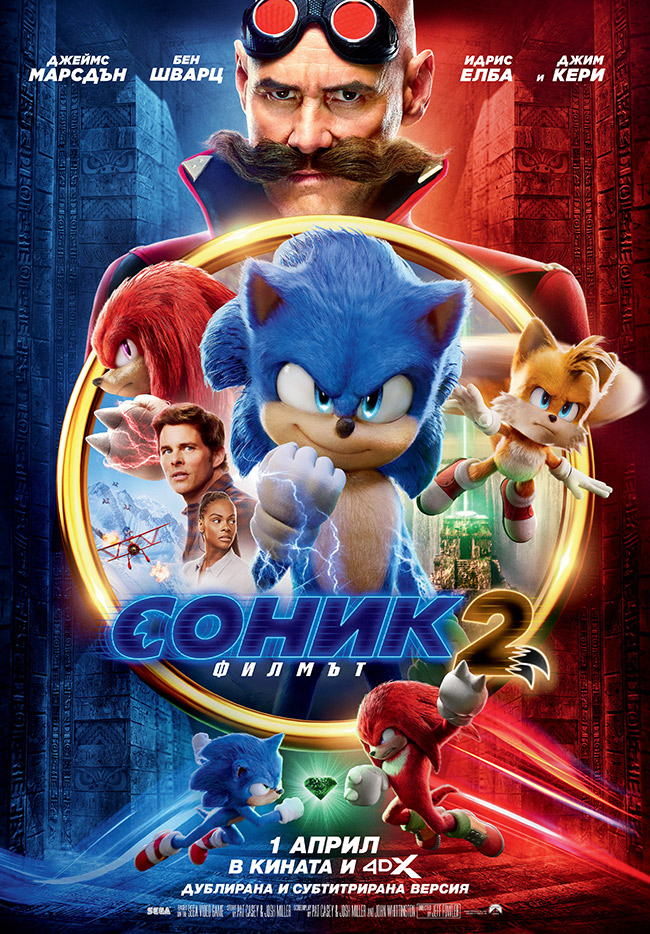 Sonic beloved by millions enters an unequal battle with Dr. Ivo Robotnik, who escapes from his exile and returns to Earth with the help of a new partner - the possessor of immense fist power, the echidna Knuckles, with whom he plots the complete destruction of the world. The only one capable of stopping them is Sonic, who finally gets the chance to become a real hero, but this time even his superspeed may not be enough. Fortunately, the two-tailed fox, Tails, comes to his rescue, and the confrontation that follows promises to be 100% cinematic fun.

The most eager fans have already had the chance to embark on the beloved blue hedgehog's new adventure by "stepping into the movie" at a special screening of Sonic the Hedgehog 2 at Cinema City's 4DX® room at Paradise Mall. Some of the country's most popular gamers, Tik-Tok and Instagram influencers, as well as stars from the film, theatre and music scenes, took their cinematic experience to the next level with the help of 4DX® technology, which means not just anyone can watch the movie on the big screen, but also experiences it physically, by stimulating the senses with a unique "choreography" of movements and vibrations on special modular seats and the water, air, light effects and smells recreated in the auditorium. And when the supersonic Sonic is at the center of the story, the experience is truly of a new dimension.
The iconic blue hedgehog and Dr. Robotnik return for an adventure from a new dimension on April 1, 2022, only in theaters and 4DX, dubbed and subtitled.

Will Sonic and Tails be able to save Earth or will Robotnik's plan prove flawless this time? Will Sonic be able to grow up and finally become the hero he dreams of? The answers will only be found in cinemas with the entertaining, fast-paced and action-packed Sonic the Hedgehog 2. The forecast predicts a hundred percent probability of an unforgettable movie experience. 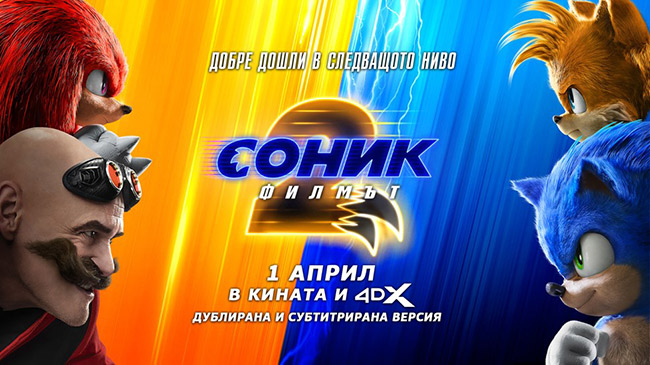 Sonic the Hedgehog 2’ is directed by Jeff Fowler ('Sonic: the Hedgehog’) and written by Patrick Casey, Josh Miller and John Whittington. The producers are Neil H. Moritz (Fast and Furious), Toru Nakahara, Hitoshi Okuno and Toby Asher. Returning to the cast are Ben Schwartz as the voice of Sonic, Jim Carrey as Dr. Robotnik, James Marsden as Tom Wachowski and Tika Sumpter as Maddie. They are joined by Idris Elba as the voice of Knuckles and Colleen O'Shaughnessy as the voice of Tails.

THE LATEST FEARFUL MYSTERY - `WE SAY YES` TO `NO!`

The plot follow citizens of an isolated city, which become witnesses of a mysterious ans unusual event. “No!” gathers again Jordan Peele with the holder of the “Oscar” Daniel Kaluuya, to whom joins Keke Palmer and Steven Yeum. In the movie participate also Michael Wincott, Barbie Ferreire, Brandon Perea, Rene Schmidt and Donna Mills.

The holder of the “Oscar” director and scenarist Jordan Pele gives new view on the modern horror, placing himself among the most respected individuals in the genre. Except the intriguing story, the movie will offer the viewers in the cinema a new impressive view, because it is recorded with OMAX cameras. The mystery of “No” will be revealed on 22nd July only on cinemas. 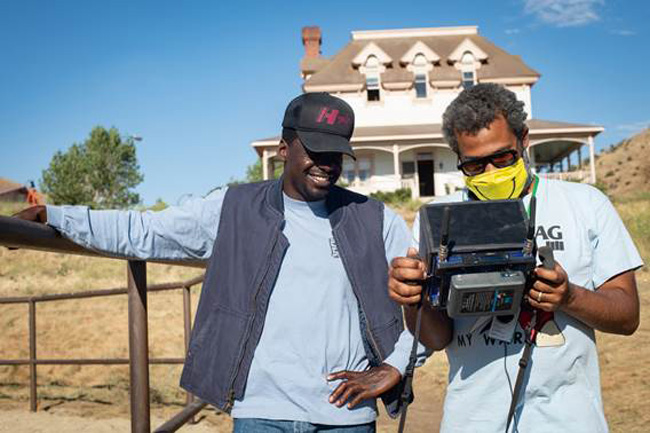