Every woman Olivier Rousteing dresses like a warrior. Or at least he sees it that way. She is the strong gender for him. "The ladies who wear my clothes are strong and ready to change the world." Rousteing is also an advocate of differences in the fashion industry - something that is admired by fans of the brand from around the world. It is the inspiration for many emerging designers who until recently did not have such an example to follow.

Rousteing was adopted when he was 1 years old. His mother works in optics and his father is a port manager. He grew up in Bordeaux, France and moved to Paris to study at ESMOD (Ecole Supérieure des Arts et Techniques de la Mode). 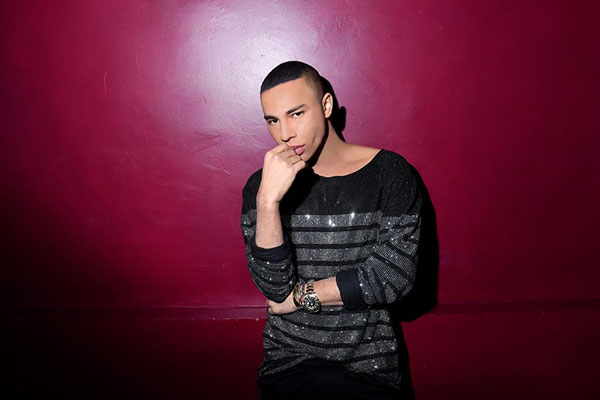 A bold start
He began his career at the Roberto Cavalli Fashion House in 2003. He was promoted to creative director of the pret-a-porte women's collections of the Italian brand. He became part of Balmain in 2009, where he worked with Christoph DeCarnen, who then ran the brand.

Two years later, at just 25, Olivier Rousteing became creative director and became the second youngest designer after Yves Saint Laurent to hold this high-profile position in fashion. Its purpose is to draw attention to the French haute couture. At the time, he is not so well-known designer and is trying to show his new, fresh reading of the brand, which remains today. He raises a lot of discontent about his age, lack of popularity and race in the fashion industry. "People were saying, 'Oh my God! The minority is taking over the French fashion house! ", Rousteing told Out magazine in 2015. But since being head of Balmain, the brand's revenue has been steadily rising. 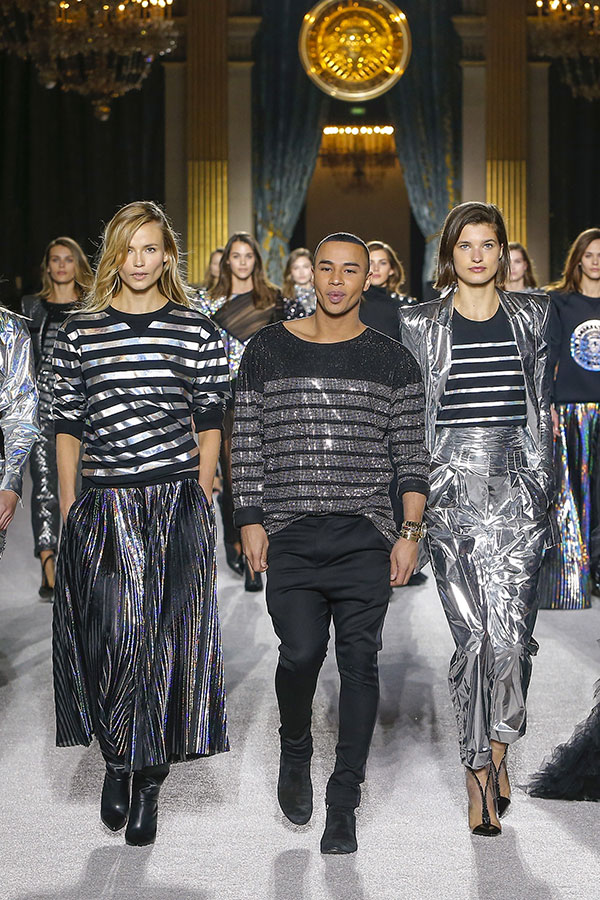 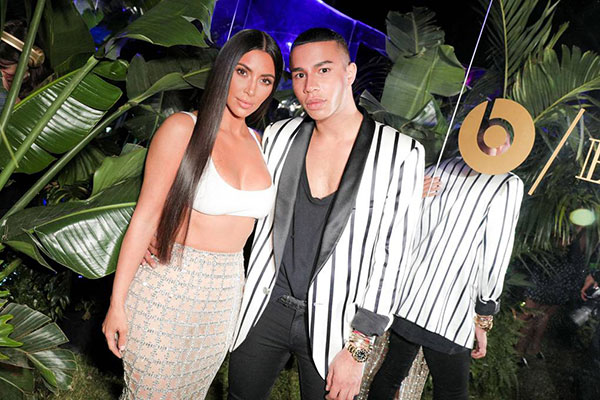 "FASHION IS A REVOLUTION,
NOT EVOLUTION”
- OLIVIER ROUSTEING

Today, Rousteing is more than recognizable not only in the fashion industry. On the social network, Instagram boasts nearly 5 million and a half followers. He has repeatedly mentioned that this is where he communicates with his fans and where he can be as sincere and honest as possible. 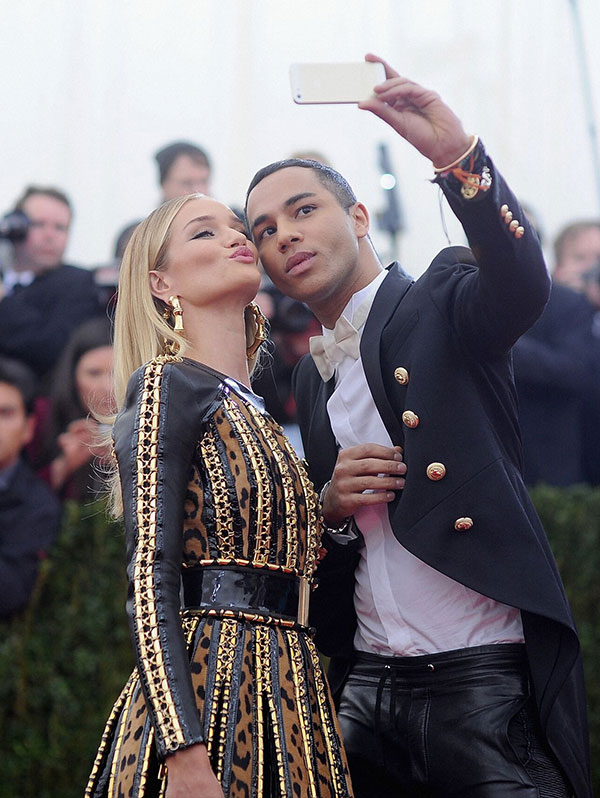 Rousteing is inspired by strong women and has always aimed to help with her bold designs. The Balmain army, as he calls it, is easily known by the specific silhouette and modern appearance of Olivier's creations. It has many world-famous figures such as Kendall Jenner, Gigi Hadid, Kim Kardashian-West and Rosie Huntington-Whiteley. They were all part of photo shoots for the brand, but they are also friends of the brand, making for a lot of shared photos on Instagram.

Music is also very important for a designer who believes that it is an integral part of fashion. "This is the way my generation has grown - we can't imagine one without the other," he shares. 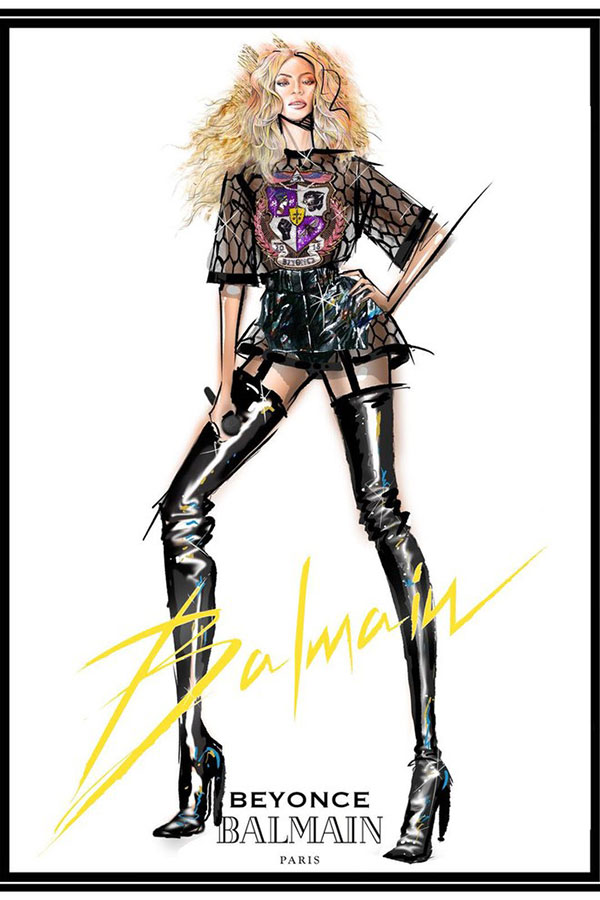 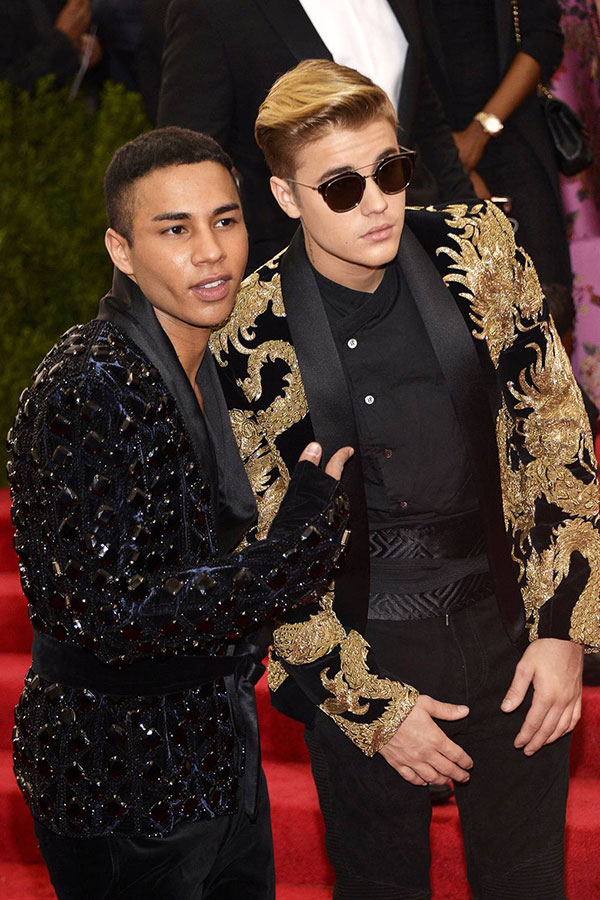 Claudia, Cindy and Naomi: Balmain Spring 2016
Olivier Rousteing is more than thrilled to be shooting this campaign as it is his longstanding dream.

Since heading Balmain, the designer has been creating one-of-a-kind outfits, and last year he dressed Jay Lo for the Met Gala, the biggest fashion event. "People know my reviews of strong music, extravagance and the fact that everybody dances. But haute couture is more intimate. (...) I would like to remind the Paris showrooms of the 1960s and 1970s. The world is developing very fast, so it is important to strike a balance. " 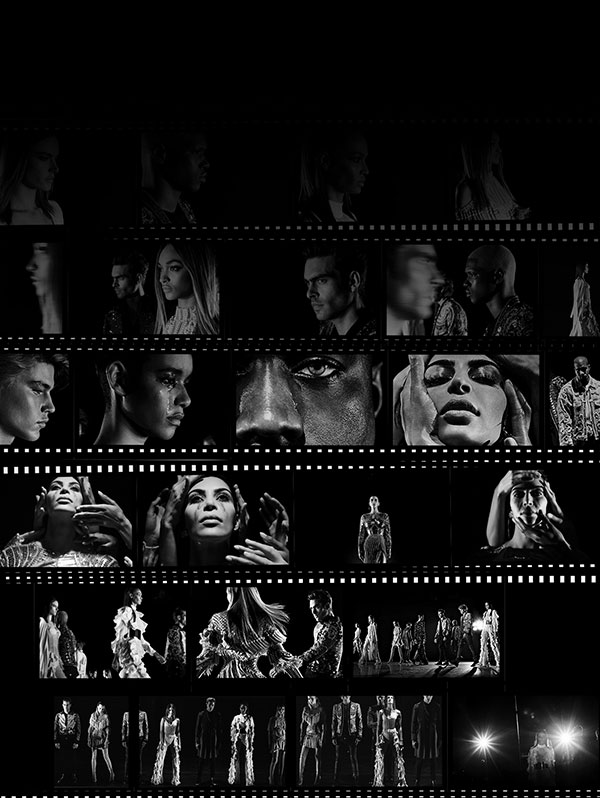 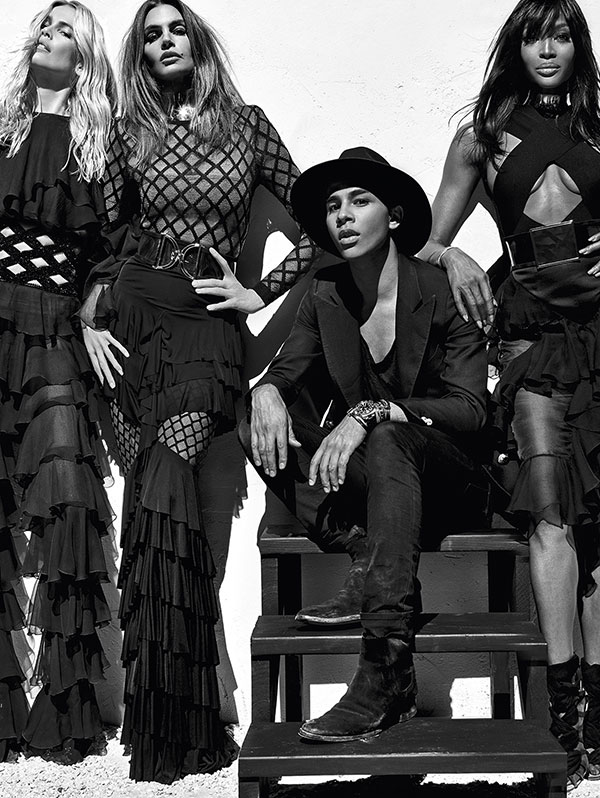 Rousteing's haute couture fashion shows are presented in a narrower range of guests, usually to create a more intimate atmosphere. He believes that luxury and craftsmanship are in the blood of Paris. Its purpose is to blend French traditions with its young spirit, in which we can safely say that it has succeeded. "We create the story of The Balmain. It's been 8 years since I worked here and we already have a men's line, we've done a lot of collaborations, opened stores, become a global name. And haute couture is a way of remembering where it all went. " 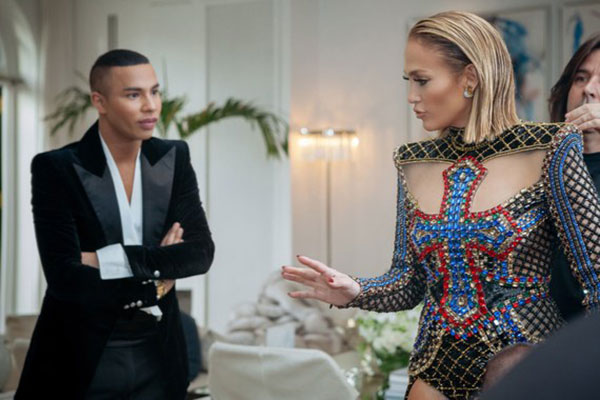 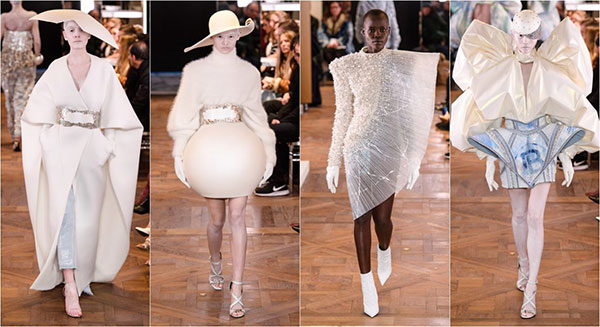 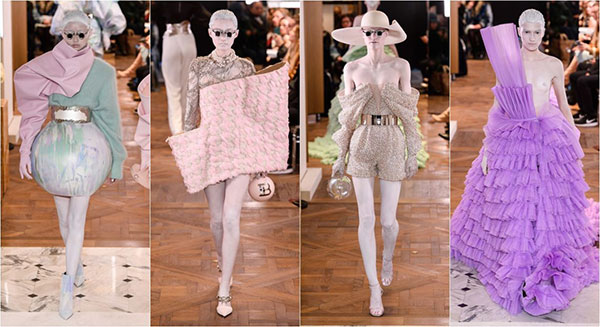