The Metropolitan museum – the defender of the fashion trends

In the last issue of Fashion Lifestyle Magazine we met you with some of the most famous models of the world designers that are kept today in the Metropolitan museum in New York.

In this issue we will continue our color walk through the fashion tendencies of the decades. What kind of colors, cuts, lengths and materials were preferred and what were the original accent in the toilets? The more careful gazing in some of the exhibits proves the maxim that „the new fashion includes the well forgotten old tendencies”. 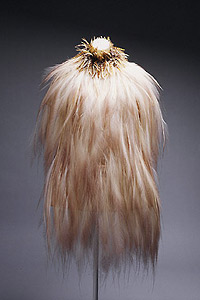 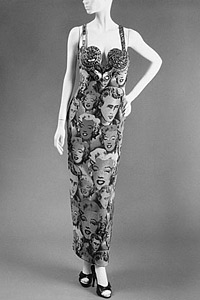 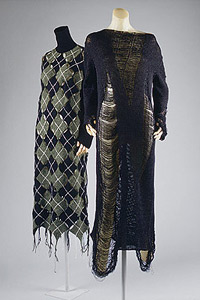 The evening dress of Gianni Versace from his collection for the season spring-summer 1991. The dress is made of silk and it is a gift to Metropolitan museum personally from the designer in 1993. It is with mosaic images of Marilyn Monroe and of Andy Warhol to whom Versace is a great admirer.

Dresses of Yohji Yamamoto from his collection spring-summer 1993. They are made of high quality Japanese cotton and they are a gift to the museum from Richard Martin in 1993. The one of the models is a long blouson at holes, and the other – a cotton dress that can be wearing as independently, as under the covered with holes blouson.

A suit of Jean Paul Gaultier from 1994. It is made of inky blue French cotton and it is printed with white and black graphite. The suit is a gift to the museum from Richard Martin in 1994. Gaultier succeeds to remodel the dark-green military style in bluish suit with original notices at different languages. The strict military uniform keeps its appearance, but it changes its detachment as it is transformed in fashion outlet. 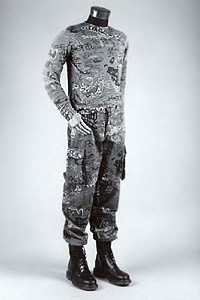 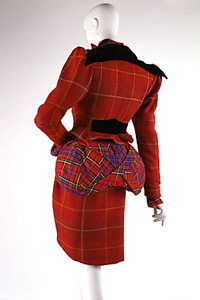 „In freedom” – a suit of Vivian Westwood from collection autumn-winter 1994-1995. It is made of wool, cotton and leather and it a gift to the Metropolitan museum personally from the designer. More than everyone fashion designer, Vivian Westwood is interested in the cuts and the shapes of every dress for some epoque. She succeeds always to catch the actual shapes, to keep the stylish line and the sex-appeal detachment of the woman under coats, dresses and skirts with all kind of shapes and cuts.

The ball dress „Maria Louisa” from collection haute couture of „Christian Dior” fro the season spring-summer 1998. It is made of silk, synthetic wool and metal threads. The dress is a gift to the Metropolitan museum from fashion house „Christian Dior” - Paris. The dress is made from John Galliano for „Dior”. It is with loose crinoline silhouette, characteristic for the middle of 19th century. 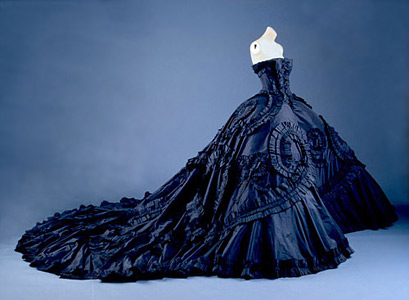 MORE PUBLICATIONS:   ISSUE 11: THE “METROPOLITAN” MUSEUM - THE NEW YORK NOOK OF THE FASHION HISTORY   ISSUE 10: FASHION MUSEUM OF BATH – GUARDIAN OF STYLE THROUGH THE CENTURIES
﻿