RICCARDO TISCI: “I AM WRITING THE NEW CODE OF GIVENCHY WITHOUT DESTROYING ITS HISTORY” 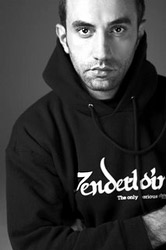 Givenchy has seen designers come and go: John Galliano, Alexander McQueen, Julien Macdonald. Right from his first couture collection, two years ago, Riccardo Tisci seemed to connect with young women. They got his modern romance. But did editors?

So often his shows are a tangled mess of mood and ideas. Still, young women manage to see his substantial gifts. How does a talented designer reconcile this divide in perception?

Are you aware that editors don’t entirely grasp your work?
Yes, I do have that impression. When I arrived at Givenchy, I was a guy from nowhere. And Givenchy was kind of confused. Nobody knew what it meant anymore.

I think now the press is beginning to understand what I’m doing. My way of showing is very melancholic. People call me a Gothic designer — I don’t think I am. I love romanticism and sensuality, maybe because I come from a family with eight sisters. I’m also a person who is very emotional. I like black, I like white. I never like what’s in the middle. And the runway is where I try to transmit this. 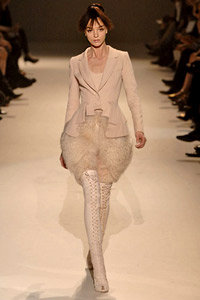 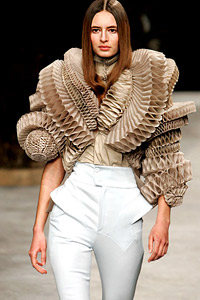 Do you think Givenchy is on the verge of a breakthrough?
It’s interesting that you ask me this now, because things are going very well. Touch wood! In the last year we have developed the image and the identity of the house. I’m writing my code for Givenchy without destroying its history. Givenchy was aristocratic, because Mr. Givenchy always dressed aristocratic people — but it was aristocratic with craziness. 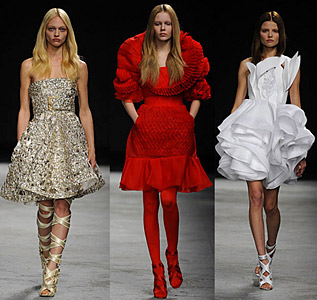 Were you frustrated that the press didn’t appreciate your clothes as quickly as women? Queen Rania of Jordan is a big fan.
Queen Rania has commissioned some beautiful things. And Cate Blanchett has worn Givenchy two times, in Berlin and in Los Angeles. Yes, I was aware that there was a difference, but I’m not a negative person. I figured it was my way of presenting, and I don’t want to change that. I don’t like girls walking up and down on the runway. I’m also working more with the commercial side. When you have an amazing show and then go to the shop and don’t see the things you showed, that’s so depressing. It’s also why people don’t get me. Last season, we had a big commercial success. 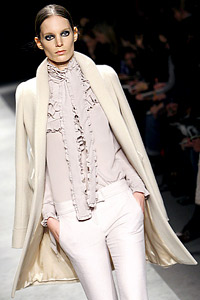 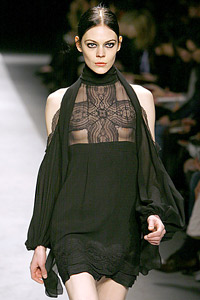 How were sales for the January couture collection?
When I arrived we had five customers. Now we have 29.

It must be a great affirmation to see young women, strangers, in your clothes?
I was in Cannes last year for the film festival and I saw this Russian girl, very beautiful, 23 years old. It was amazing to see her in my dress — a green dress from the last show, with the shoes and the bag and everything. It’s like the Arabic countries. Some of the princes have, like, 10 daughters, and they all dress in couture. It’s funny, they all come. 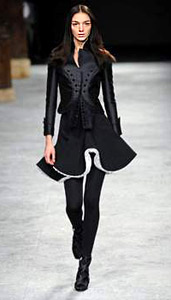 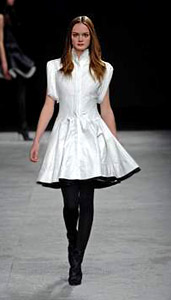 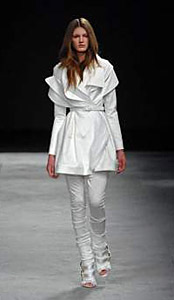 Does Carine Roitfeld [the editor of French Vogue] help you with your shows?
No. Carine is a good friend. At the beginning, I was super shy. And Carine was very sweet to me. She treated me like a mother. She would come the day before the show and tell me what she thought. No, she doesn’t style my shows. I know there are rumors but there’s always a lot of talk in this business.

It’s strange, though, how young women grasp the work of a virtually unknown designer — without magazine hype. How do you explain that?
In a way the fashion world is a little contaminated with information and trends and stars. But these girls, they are pure. They see the garment and they feel an emotion. To me, fashion is more and more about that. It’s not about shocking. It’s about what you want to wear. And these girls want sensuous, not shocking.

MORE PUBLICATIONS:   ISSUE 11: ANGELA MISSONI: “I TRY TO GIVE COMFORT TO THE CLOTHES: SOMETHING LIKE A FEELING FOR FREEDOM”   ISSUE 5: MIUCCIA PRADA: I WEAR CLOTHES BY OTHER DESIGNERS ONLY IF THEY ARE DEAD OR POOR!   ISSUE 4: Franceska Lavazza: people acquire the sense of luxury by choice and not by birth   ISSUE 3: SOFIA BORISOVA: "STRIKING DESIGN AND COMFORT TOGETHER - HARD, BUT POSSIBLE COMBINATION"
﻿