WHEN THE NAKEDNESS DEFENDS

Every year million of animals become victims of the fashion industry. They live in terrifying conditions and suffer many tortures. The methods that are used for their killing can be used as a part of the storyline of terrifying horror movie. It is hopeful that today more and more people declare against the usage of animal leathers for clothes. There included a number of celebrities that accept the defense of the rights of the animals as a personal cause. Undoubtedly the most positive fact is the position of more and more designers who categorically refuse to use natural leathers in their collections. 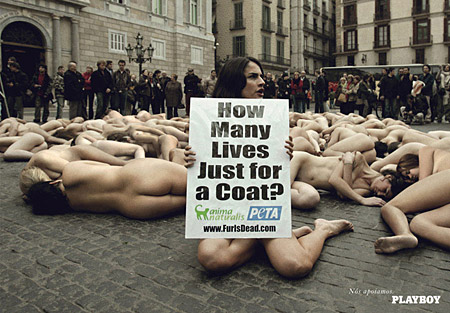 American organization PETA or People for ethical treatment of animals is one of the most powerful defenders of the rights of animals all over the world. This organization was found in 1980 and became famous with the scandalous disclosure for the treatment of primates in a research laboratory in Maryland, USA. Animals that suffer from number of experiments were walking corpses, but thanks to the intervention of PETA the experiences had been stopped. 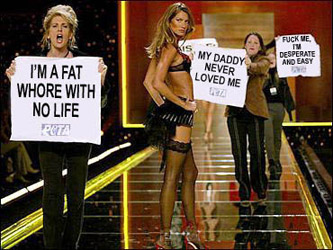 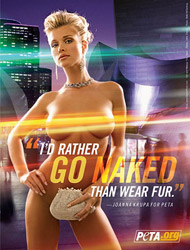 The disclosures of PETA for the treatment of animals that are raised for extraction of leathers are scandalous. The activists from the organization often illegally creep into farms all over the world and take photos of terrible scenes. The disclosures are shocking – in China (one of the basic deliverers of animal leathers for the American fashion industry) the animals are skinned until they are still alive, and during the shearing of the wool in Australia sheeps are tortured. And these aren’t unique cases. That’s why one of the most slide-rule initiatives that PETA organizes is the one against the usage of animal leathers in the collections of the most famous designers and fashion houses. 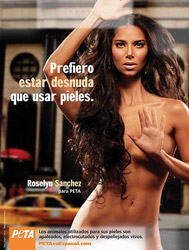 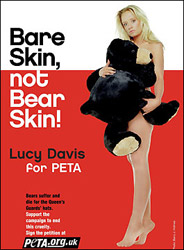 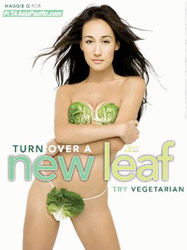 The anger of the activists got into difficulties the world famous names like Roberto Cavalli, Julian McDonald, Christian Lacroix, “Burberry”, “Prada” etc. Very often are the cases when naked protesting people interrupt fashion shows and it is necessary the intervention of authorities to be stopped the demonstration. It is interesting that one of the most famous public persons join in the campaigns of PETA for defending the rights of animals. One of the most popular initiatives of the organization in this aspect is under the motto: “I would prefer to go naked, than to dress leathers”. World famous names like Pamela Anderson, the singer Jamalia, “No angels” band, the actress Christina Applegate, Eva Mendes and so on posed naked, defending the cause. PETA furiously criticizes top models, which were participating in her campaigns, and after that they were participating in fashion shows of fashion houses, which were presenting leather clothes. In 1997 Naomi Campbell participates in fashion show from Milan Fashion week, after she was a model for PETA campaign. Among rest of the names are Cindy Crawford, Kate Moss etc. 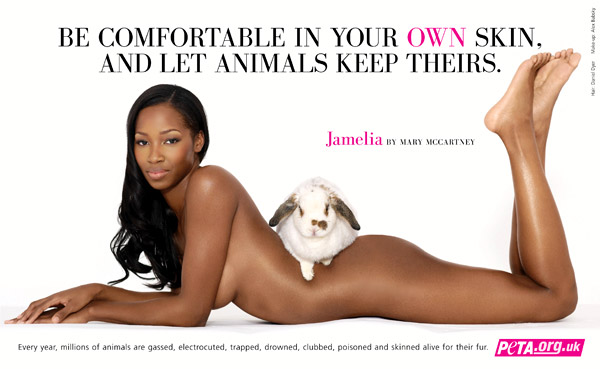 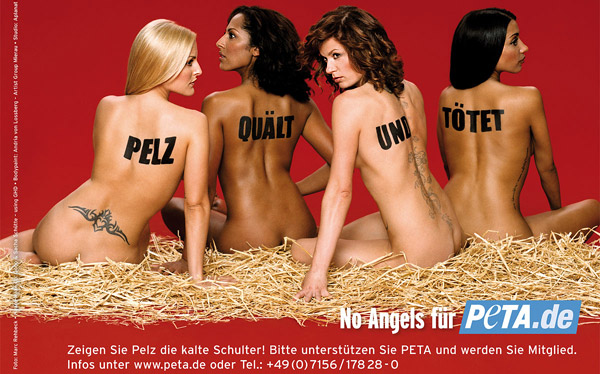 Many designers are also behind PETA and with their refuse to create models from natural animal leather they support its cause. Names like Stella McCartney, Ralf Lauren, and Mark Bauer hold the thesis that today so many substitutes of the natural animal leathers exist that people don’t have justified excuse to continue dressing them. 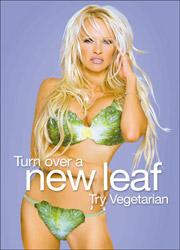 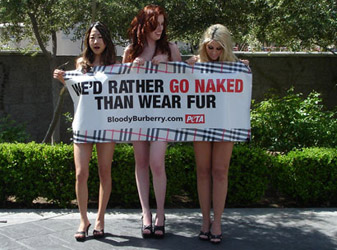 The American organization creates its personal anti-chart, where famous person-fanciers of the leather clothes are included. In this negative competition Nicole Richie, Mary-Kate Olsen, Kristina Ritchie, Eva Longoria and so on are competing for the first place. Jennifer Lopez is announced for “Monster, dressed in leathers”. 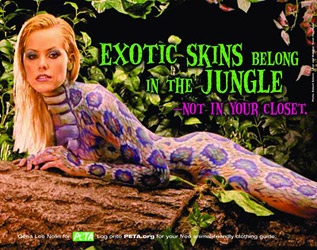 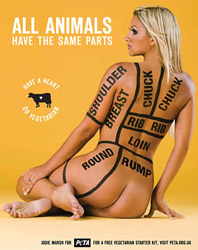 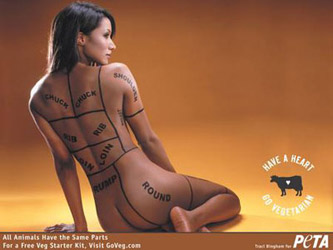 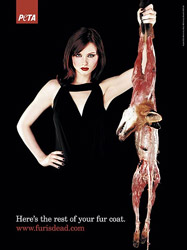 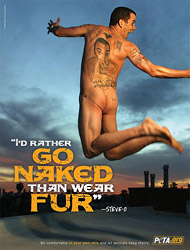 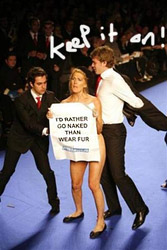 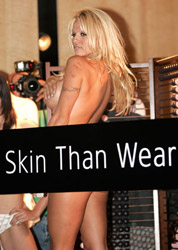 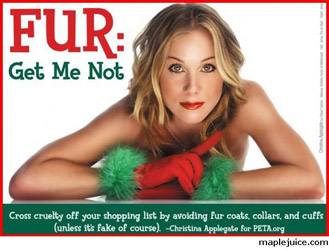 MORE PUBLICATIONS:   ISSUE 4: BLACK IS NOT IN THE FASHION   ISSUE 3: SHOE maniac N1 * Imelda Marcos had thousands pairs of shoes and with her scandals attracted the interest of the world media   ISSUE 1: The philosophy of the stars: confessed sin - forgiven sin
﻿ 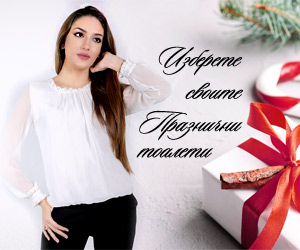