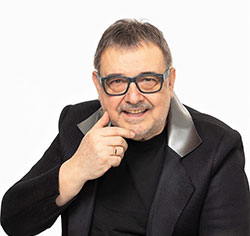 Fake celebrities or so-called posers are a serious attack in today's mass culture. No matter what their origins are – one day media, reality TV "heroes", talentless chalga performers, greedy and notorious imitators, they can all be parasites in the cultural, artistic and media space. This whole congregation is easily recognizable in that it has great ambitions, but poor coverage, it is banal in its messages and endless poignancy, and terribly irritating - on the one hand with the cheap scandals it causes, and on the other - with its own eccentricity and stupid public statements. There have always been and will be hollow and spiritually restricted people, but if they do not strive for publicity, they do not intrude that much. They do not fall into the category of fake celebrities until they make claims of significance that they do not possess. Then it gets scary and you cannot get rid of them - their media raids, innumerable ridiculous public appearances and arrogance combined with their experience as omnipresent mentors and arbitrators open up an even greater wound in our spiritual culture.

In my professional journalistic practice, I have interacted with hundreds of our and world celebrities and have noticed that their nobility, modesty and delicacy are rightly proportional (in most cases) to the scale of their talent and influence.

They behave like stars, but like real stars, not like fake celebrities in our country - upstarts and sissies with fictional or purchased titles. The world designers, movie stars and top models I have met and talked with have struck me with their warmth, rich culture, fine behaviour and clean communication. They are not slaves to megalomania, they are natural, earthly and accessible, the most normal people (as long as they have allowed themselves to be convinced that you are at the right professional level). These are my impressions of the meetings and conversations with Alexander McQueen, Pierre Cardin, Paco Rabanne, Hubert de Givenchy, Oscar de la Renta, Nino Cerruti, Slava Zaitsev, Jean Paul Gaultier, Luciano Benetton, Raina Kabaivanska, Sylvie Vartan, Stefka Kostadinova, Anouk Aimée, Elizabeth Hurley, Ivana Trump, Giovanna Ferragamo, Anne Heche and many more.

There is a curious dependence between posers (fictional celebrities - those who are known for being famous) and bad style in clothing and behaviour. Most of them are dressed very badly - kitschy and caricatured in a wandering manner. For example, some fashion commentators who teach and criticize others about clothing are actually constantly breaking records of manic taste, aesthetic helplessness, and behavioural falsity. They themselves deserve fierce criticism for their cute and cluttered looks.

Their extreme eccentricity and narcissism logically lead to their comparison with jokes and hunters. They cannot be serious factors in shaping taste, norms and standards for style and beauty, elegance and high visual culture, as much as they try to express themselves as aesthetic and cultural mentors. Such factors are fashion designers, stylists, icons in cinema and music, the so-called influencers and overall opinion leaders. They are able to offer valuable specimens for adequate appearance, normal behaviour and high taste.

... Tolerating vulgar radiation, distasteful overcrowding and extreme eclecticism only pours oil into the fire of forgiveness, which is one of the biggest problems in Bulgaria. The total tastelessness deserves to be unmasked and limited by the formation of intolerance to the fake stars and by putting professional barriers against their media appetites and unnecessary and harmful participation in the media life, including in television formats, show programs, lifestyle events. Categorical requirements for original and adequate appearance, criteria for special events and important ceremonies, as well as a more categorical atmosphere of criticality for kitsch and bad taste, are invaluable means of elevating style and taste, limiting and eliminating fake celebrities and kitschy public figures.