PERSONAL MEN'S STYLE IS THE KEY TO SUCCESS IN BUSINESS

*Maestro di Eleganza Alberto Vedelago delivered a public lecture at the University of National and World Economy and received a distinction from the University Rector Prof. Stati Statev

The world famous Italian designer and stylist Alberto Vedelago introduced a public lecture on "Personal men’s style: the key to success in business". The lecture was organized by UNWE, the Student Council, the Media and Public Communications Department and the Academy of Fashion. The guest was presented by Prof. Lubomir Stoykov, a professor in the co-organizer department, as a highly successful person of fashion, the founder of his own brand and a professional who devotes himself to the male elegance and work of the client. "It is wonderful that there are artists like Maestro Alberto Vedelago - a citizen of the world of fashion! With his unique culture and aesthetics, he is unprecedented for building unity between high tier fashion design and personalized style. Thanks to artists like him the garment performs its sacred function - it is convenient to send the message accurately and play the role as an indispensable success factor - human and professional ... "(Prof. Lubomir Stoykov). 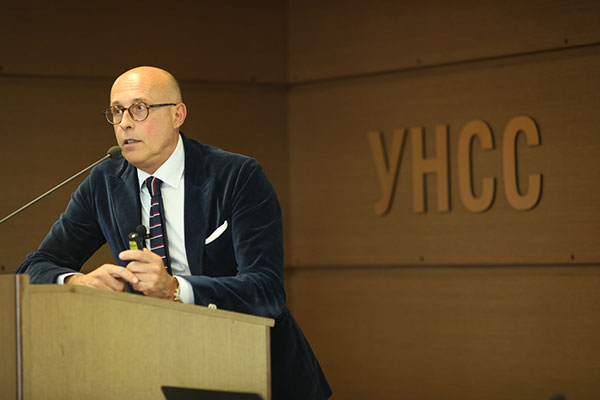 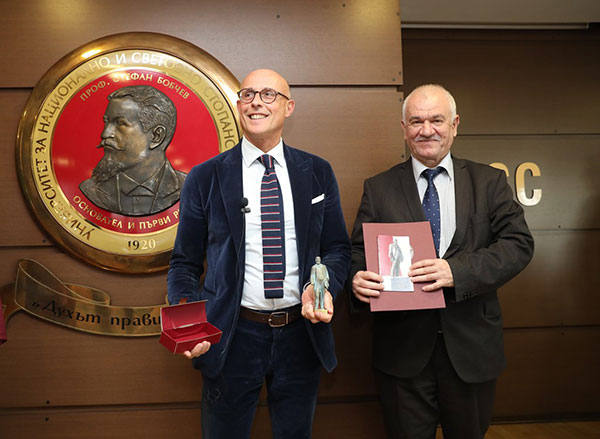 At the very beginning, Deputy Rector Prof. Valentin Goev, on behalf of the Rector Prof. Stati Statev awarded Alberto Vedelago with a statue of the founder and first rector of UNWE Prof. Stefan Bobchev, as well as a special certificate. Angel Stoykov, chairman of the UNWE Student Council, stressed the importance of the successful realization of young people: "It is important how it looks, as it is appreciated as representatives of our university", he pointed out. The lecture by Alberto was also respected by Mr. Asparuh Karastoyanov, President of Rotary Club Sofia - Vitosha. 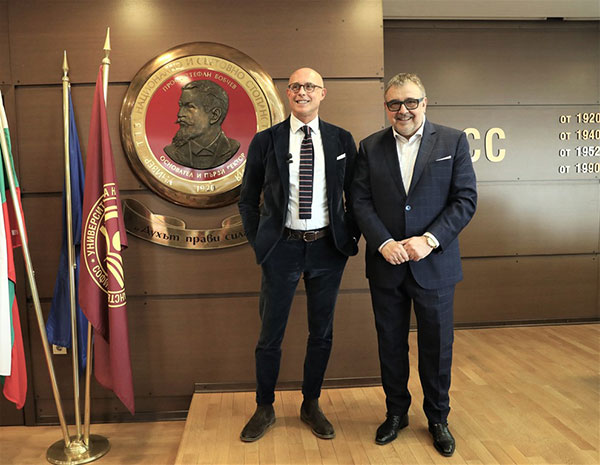 Alberto Vedelago, in his lecture, turned to the attending students and guests in the “Turjestvena Hall” with the words: "Always look for a person who wants to help you and to respect you as a human being. This is a message of this concession in relation to the problems produced by mass production in the modern industrial world. The fashion industry is not concentrating on processing said also Alberto Vedelago. 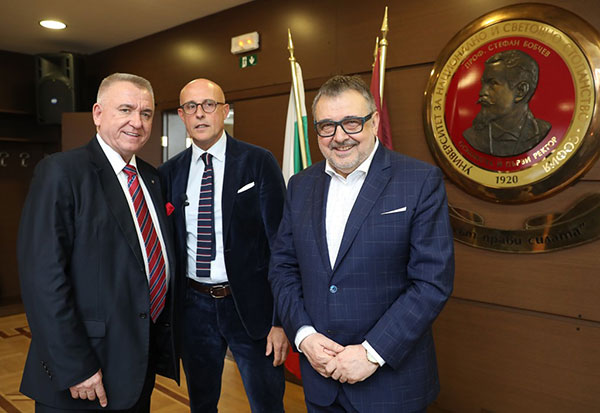 The Italian designer and stylist underlines the importance of investing in employee training rather than expecting them to be specialists after graduating from university. And for young people, it is good to have a suit interview. Alberto Vedelago himself demonstrated to the audience how to distinguish the quality between different jackets. After the lecture, the guest responded to multiple questions from participants and added more useful tips to find an adequate style and a right approach to successful clothing and dressing. 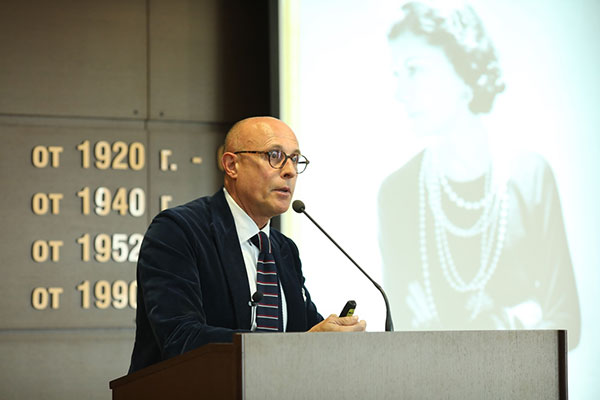 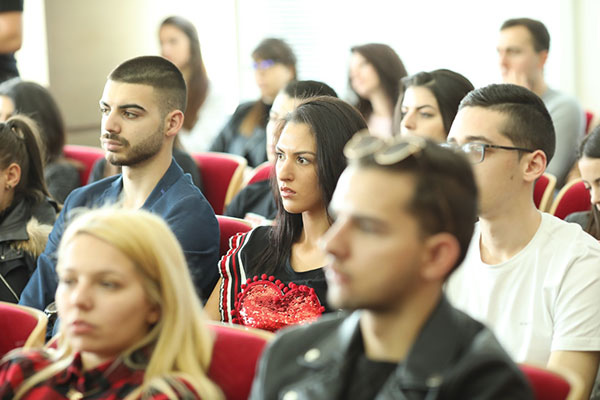 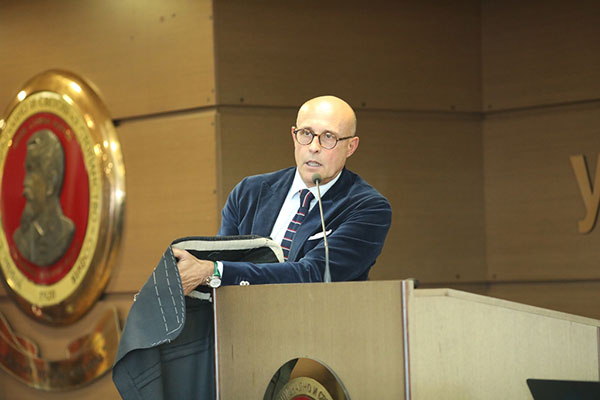 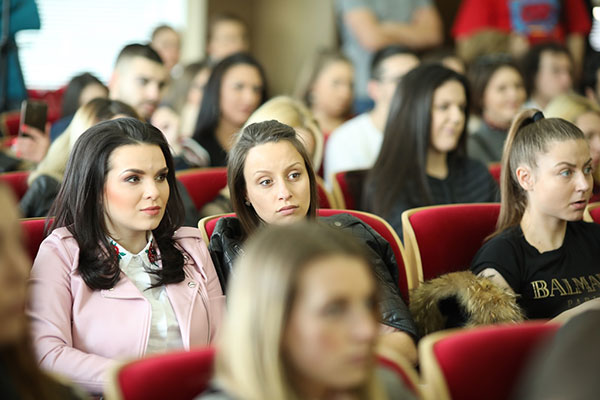 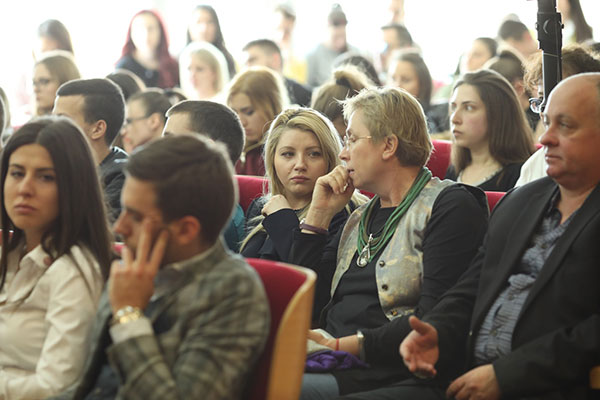 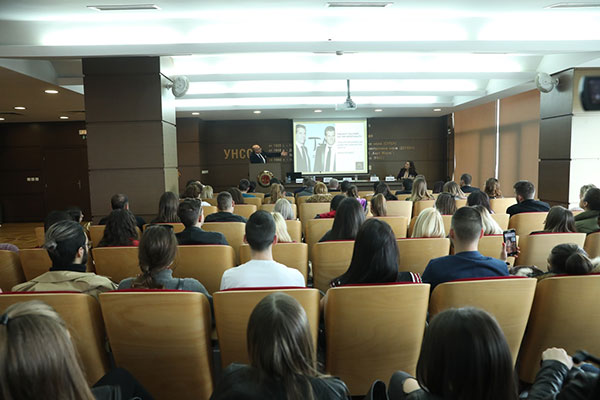 The purpose of this text is to spontaneously express my opinion and give an impromptu assessment of what happened on the red carpet at the 91st Annual Oscars in Dolby Theater. I will miss the commentary on the quality of the awarded films, the objectivity of the jury and the world level of the film industry. The change in the values of such an influential ranking, the cultural and moral reform that has been taking place over the past few years, is accompanied by experiments, presentational and ceremonial crises and new confusions in the nursery. 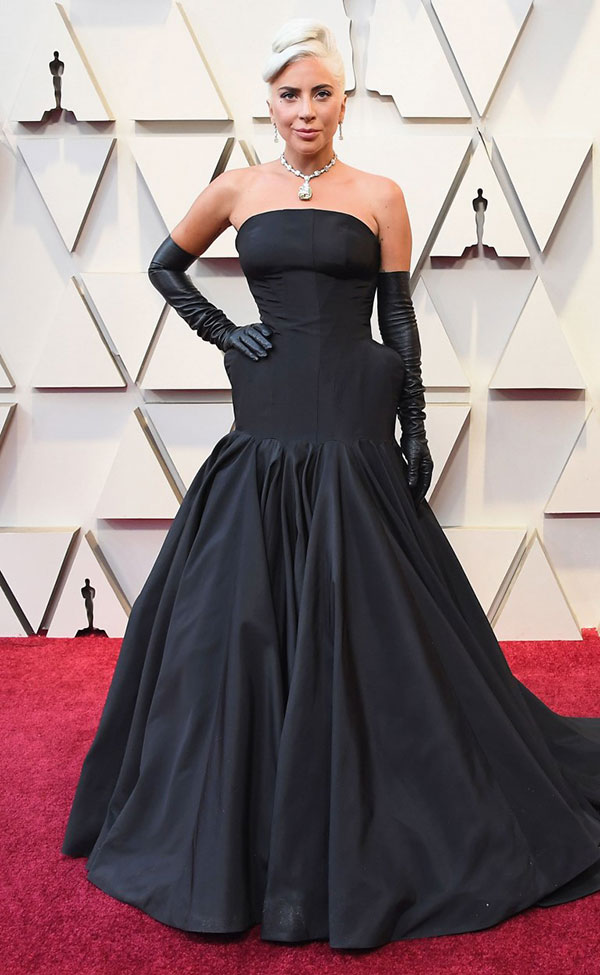 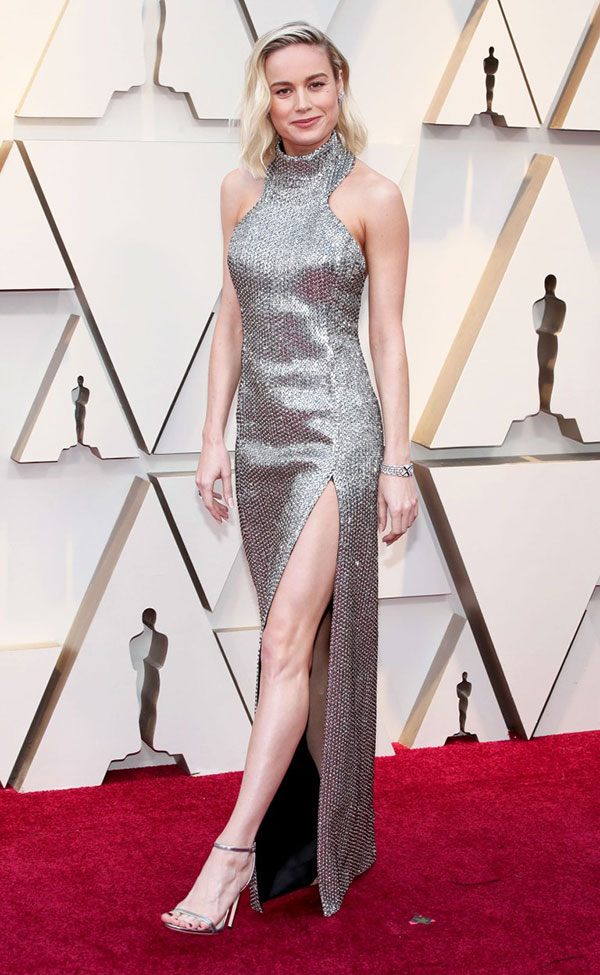 The outfits and the exterior of the red carpet VIPs showed several Oscars-like tendencies.

The first, categorical retreat from the traditional Hollywood brilliance and chic. The exceptions are thanks to Lady Gaga (clothing - "Alexander McQueen" and diamond necklace "Tiffany", including the legendary yellow diamond worn decades ago by Audrey Hepburn, and the wearing of gloves over the elbows resembled a style imposed by Jackie Kennedy more than 50 years ago, I have no remarks about Bradley Cooper's dress partner, Bree Larson (Celine dress by Hedi Slimane, Jimmy Choo shoes), Jennifer Lopez (a golden dress with a mirror effect with sleeves from Tom Ford and a sleek bag clutch), Emilia Clarke (dress "Balmain" - exquisitely sculptured with open shoulders), Emma Stone (an amber corrugated dress with precious stones, with voluminous impressive shoulders and long to the ground - a work of Louis Vuitton, although the extreme critics likened it to a beehive from a beehive and a huge chocolate wafer) and Charlize Theron (a long dress to the ground with a small Dior track, long sleeves and a spectacular naked back). 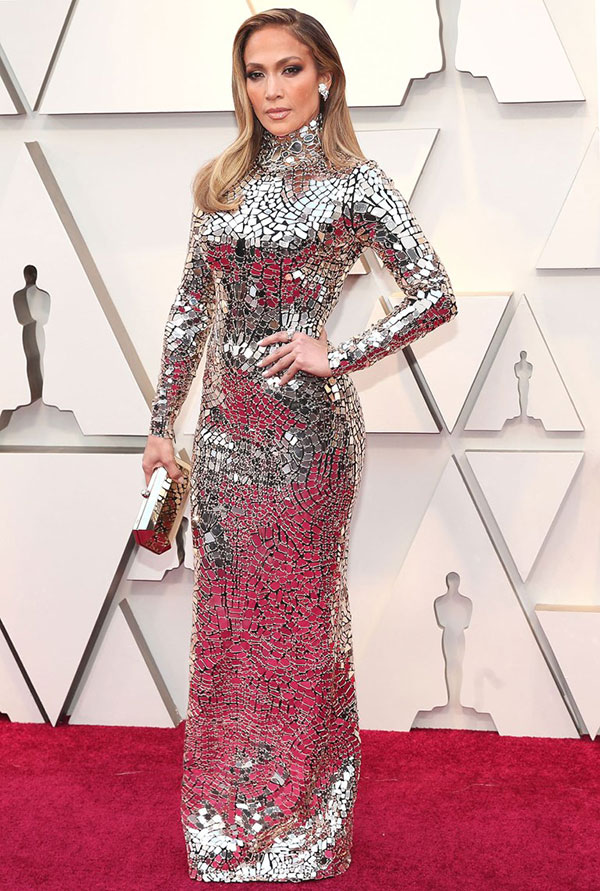 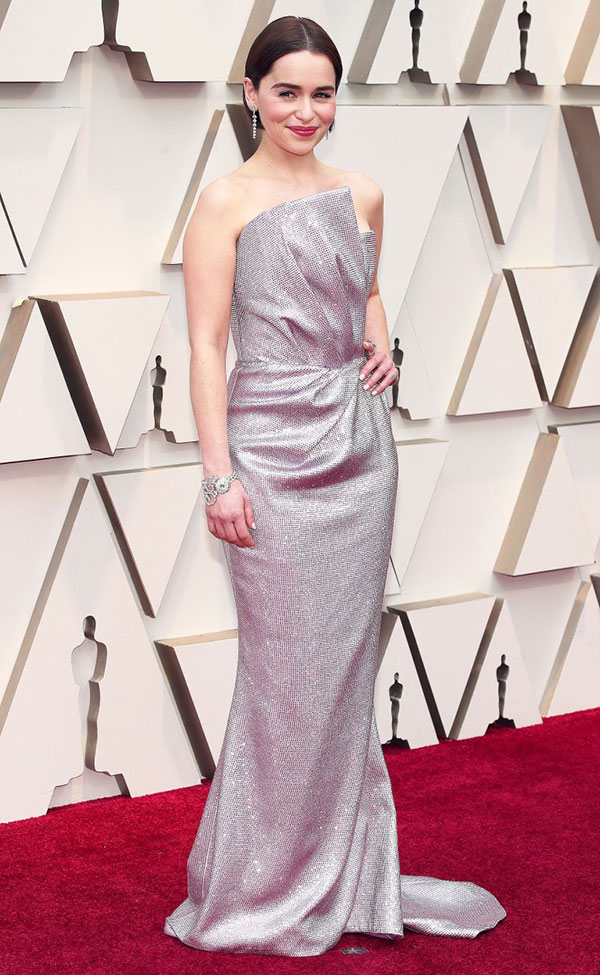 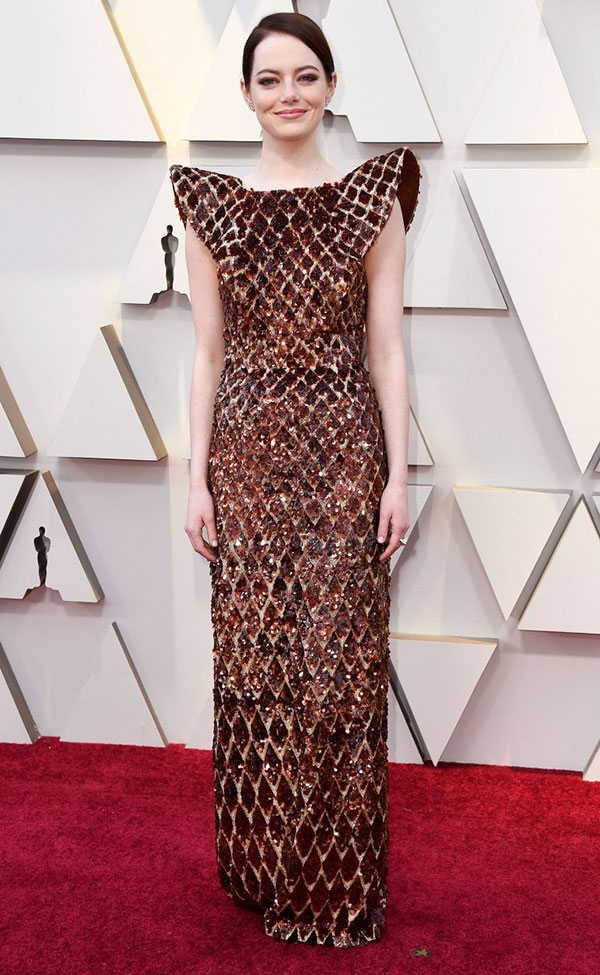 The second trend, the asexual messages sent by ladies' outfits in the big night. Closed necklines, tall collars, much less flesh display from previous years, a modest presence of cleavages and, in general, a serious stop to the unraveling. In this respect, polar scores have prompted Billy Porter's dress, a specific male-female combination. I would characterize, with a certain conditionality, this outfit as a brutal unisex. But let us pay tribute to this mix between dress and tuxedo, which shows both a large imagination and a coded message of openness and appeal for respect for the different The third trend - aesthetic confusion and multiple gaffs are mostly in red, yellow, pink and pale pink. One of my favorite actresses, Rachel Weisz, was dressed in a combination of a voluptuous Givenchy skirt and a strange short sleeve top in intense red color. 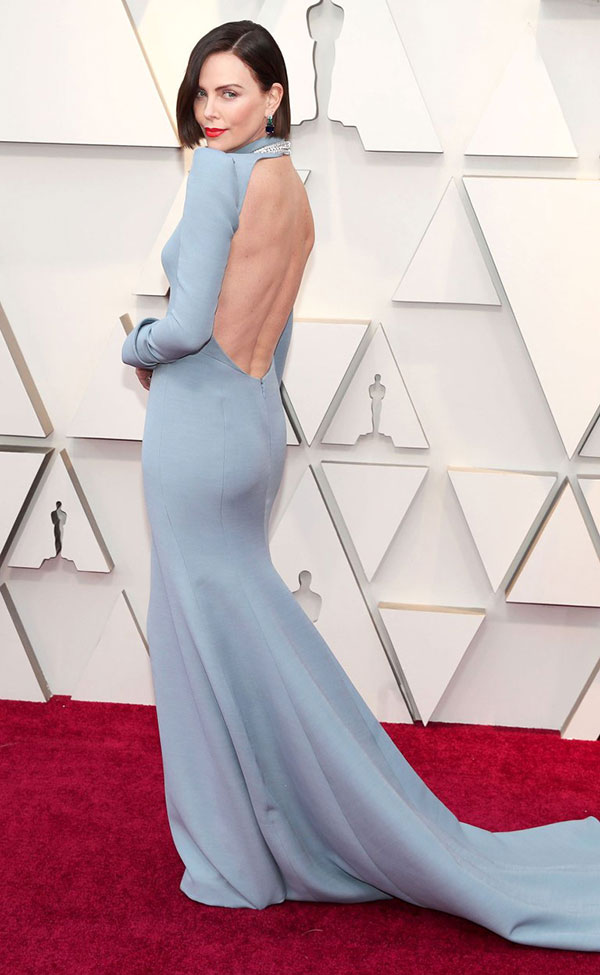 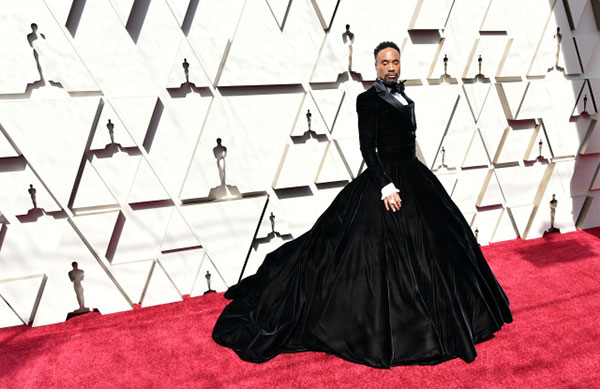 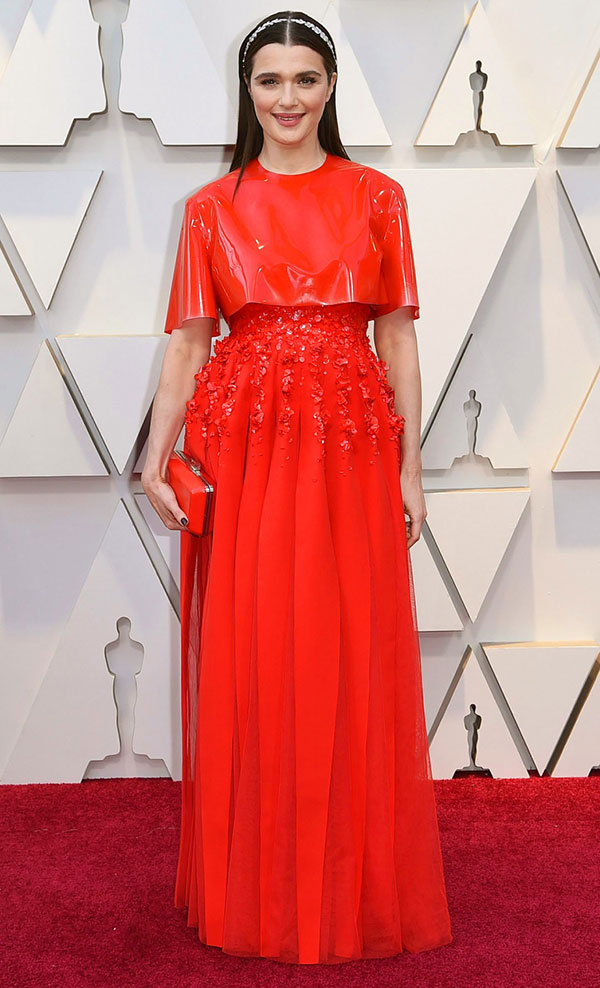 The defect was so obvious that many people wondered if Rachel did not conceal / show a new pregnancy or a stomach at all? Pink Kacey Musgraves, dressed by Gianbatista Valli, regrets the flooring that resembles a neatly painted tree in a kindergarten. The red-and-pink dress of Gemma Chan, made by Valentino, is a spectacular lesson about how plethora of cloth, massive volume and textile wastefulness bring to frugal and sarcastic replicas that it's parachutist clothing. 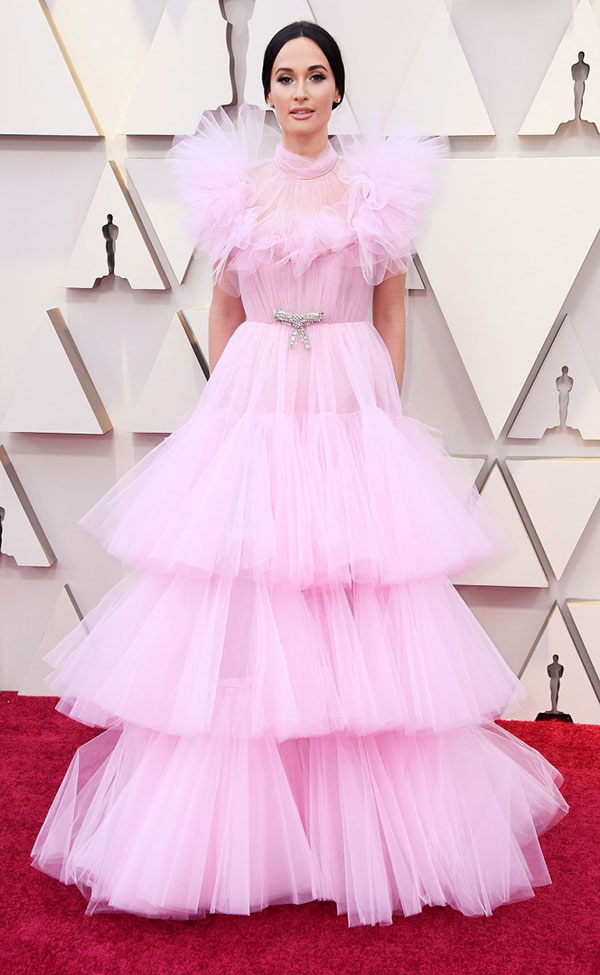 Linda Cardellini was too gaudy and, though, in Schiaparelli’s outfit, she had a sympathy and a smile. Unhealthy legs from the front, a lofty ribbon or something like a satin belt across the waist, a strange neckline - all too close to the definition of a "nightmare in red." Unfortunately, even Oscar winner Olivia Coleman (for the role of Queen Anna in The Favor) was not an example of good and sophisticated taste despite the diligence, in fact, rather, the overcoming of Prada. She was dressed in a "clumsy dress," wrapped in a scarf, and a lid on the back - a huge bow tie! 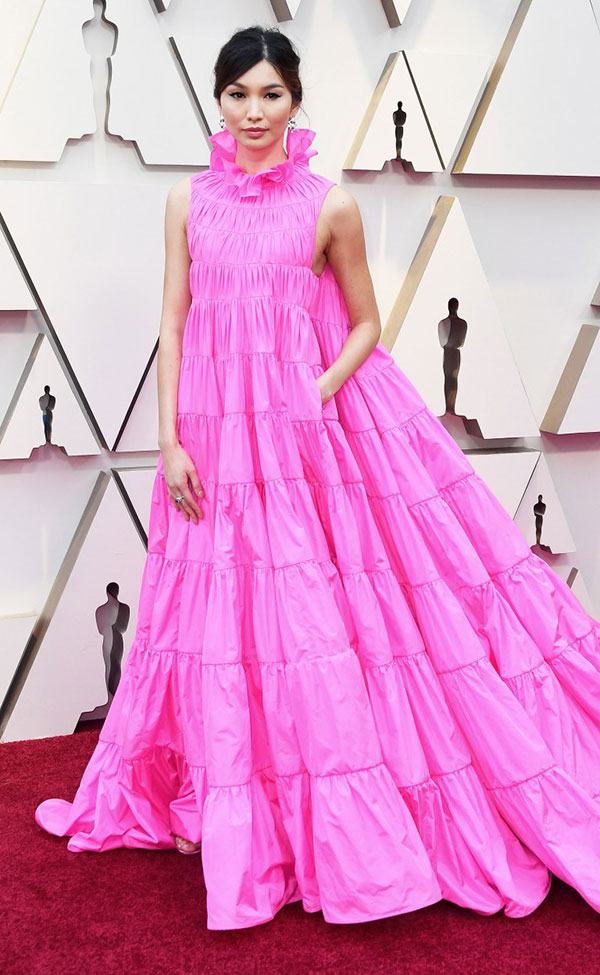 Dressed in pale pink dresses, Jason Momoa and Lisa Bonnet are not spared by the irony. That is why the fact that they were dressed in the last collection of genius Karl Lagerfeld for his brand Fendi did not help them. "The golden" Glenn Clause was actually left without gold in a direct and transportable sense. She did not get Oscar, but she was criticized for the impressive golden dress by Carolina Herrera, the long cloak of this unnecessary demonstration of too much luxury and fake shine. Additional punishment for the otherwise endlessly talented actress was the weight of the towel - 20 pounds or more. The general conclusion is that the red carpet gauntlet is certain when it prevents buzz in the outfits - ribbons, curls, ornaments and disproportionate volumes. Plenitude, overdrive and eclecticism are the easiest way to kitsch. 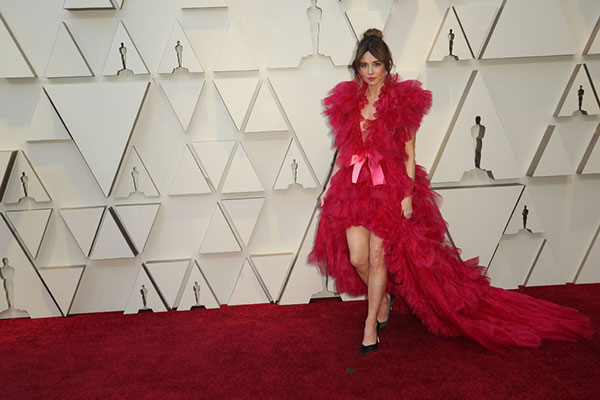 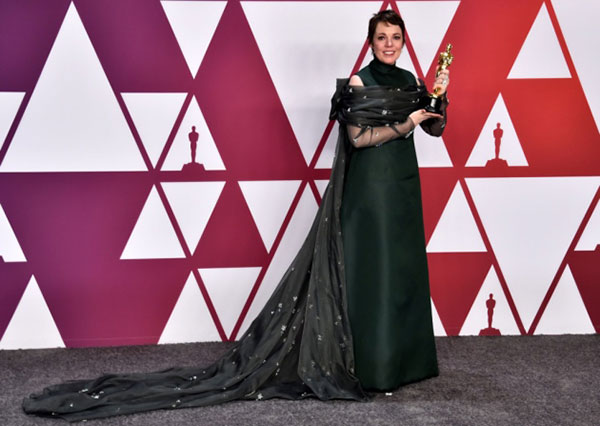 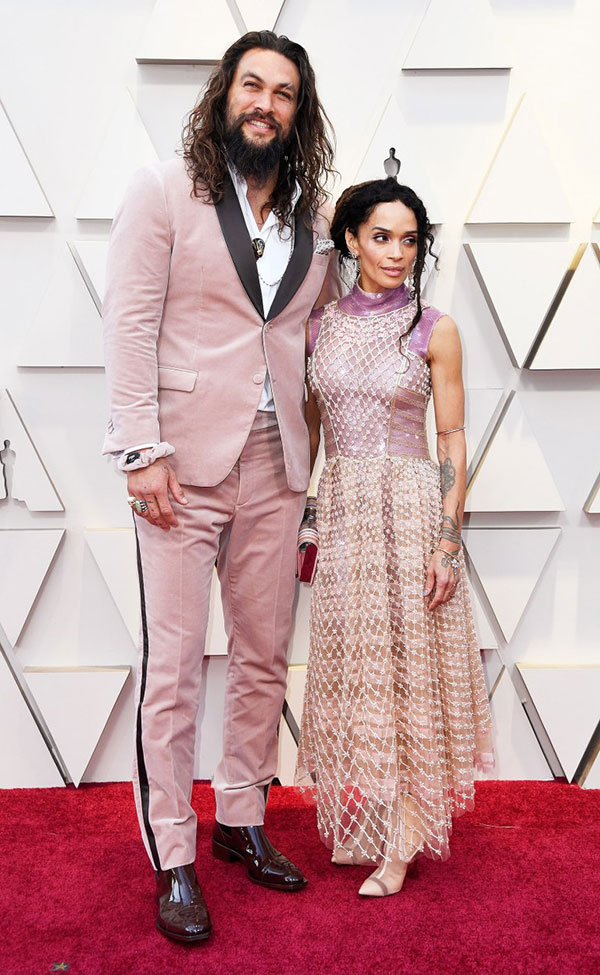 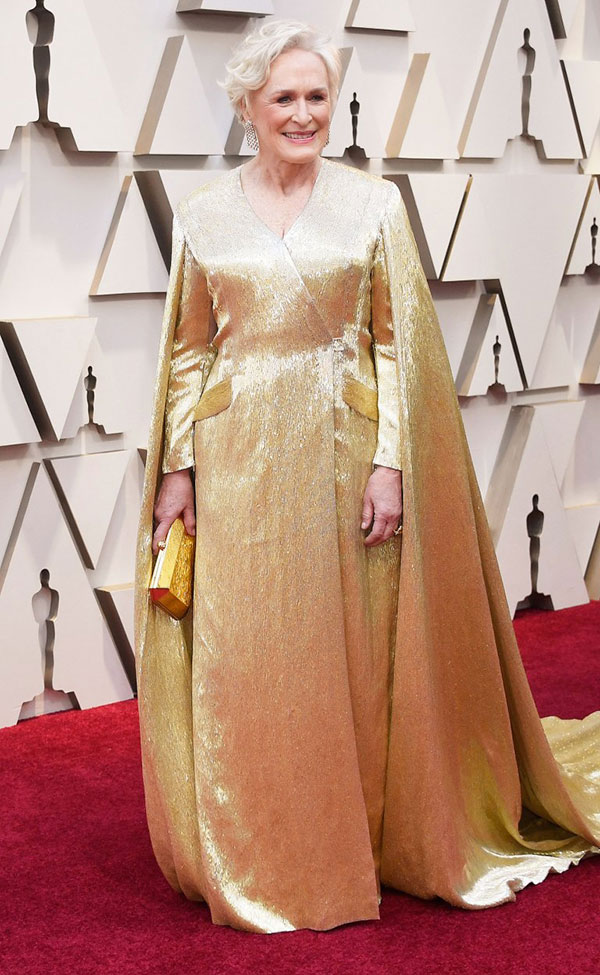