KARL LAGERFELD – THE LEGEND, WHICH THE WORLD WAS LUCKY ENOUGH TO WITNESS

19th February 2019 – the day when the world learned about Karl Lagerfeld’s death. The 85-year-old designer is famous for being fashion’s multitasker, the king of fashion and Kaiser Karl (a friendly nickname given by Vivienne Westwood). Well-known for his white ponytail, his dark sunglasses, leather fingerless gloves, and his controversial opinions. 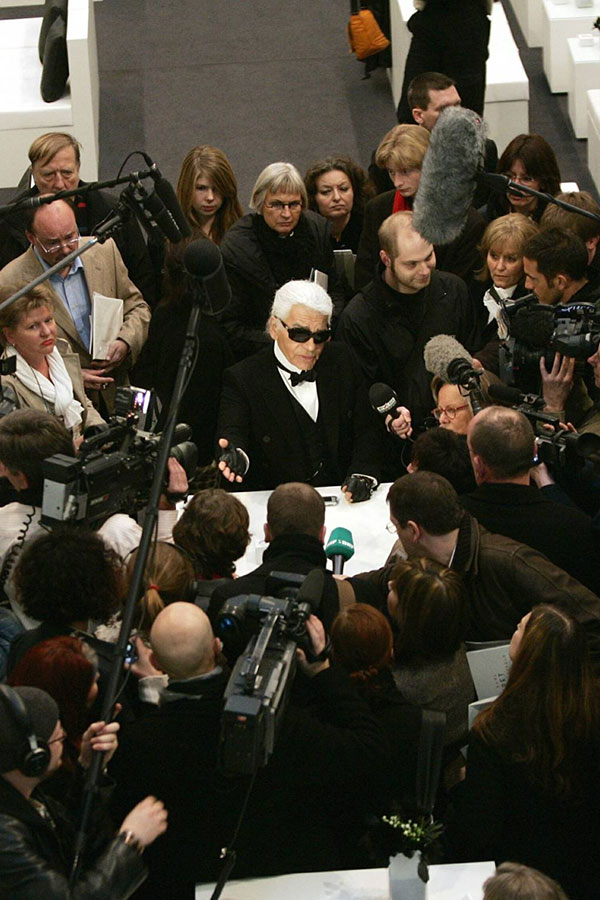 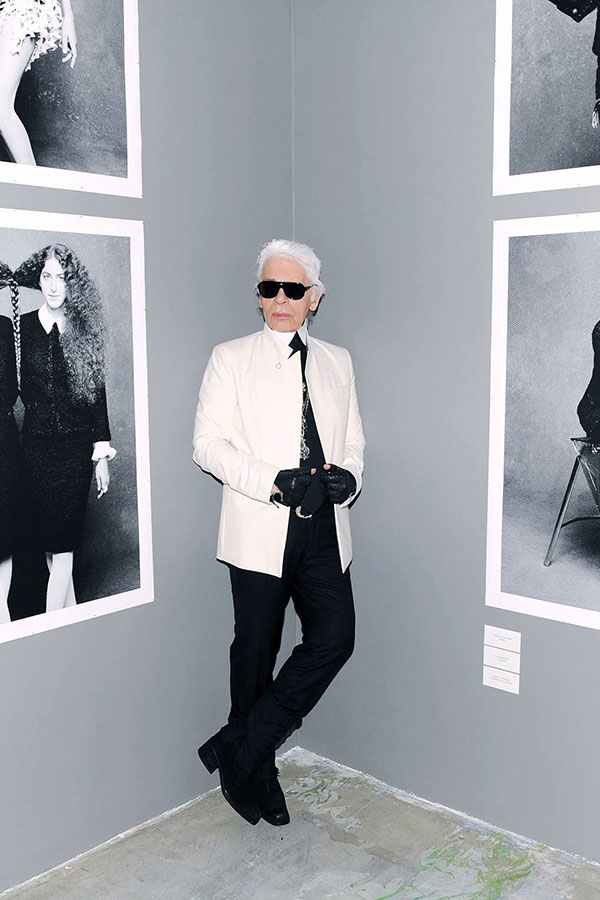 Karl has an impressive capability to notice the newest trends and has a never-ending desire to keep on creating. Every year he made 8 collections for Chanel, he worked on pret-a-porter collections for Fendi, as well as working on 3 different lines for his own brand (Karl Lagerfeld).

Fanny Moisant, who is one of the creators of the online store Vestiaire Collective, says to the The Daily Telegraph that their sales of over a million Chanel products on their website have risen with 34% after Lagerfeld’s death. As for eBay – the word “Chanel” had been searched 133% more than usual after his death.

His Creations for Chanel Will Be Remembered Forever

Although his name is internationally famous worldwide, the collections he creates for Chanel are the most world-renowned than anything he has created for any brand. In 1983 Karl Lagerfeld awakened the house of Chanel after its founder’s death in 1971. The classic style of the brand remained but faced various interpretations. New modern elements were also added. Karl showed new varieties of the classic little black dress, tweed suit, skirt above the knee, as well as the quilted handbag. He transformed items like the two-colored shoes (in beige and black) and the double “C” logo into must-have pieces. Lagerfeld also never forgot what Coco Chanel had always stood for: independence, freedom, and modernity. Although the silhouettes have changed throughout the years, they always looked so Chanel! 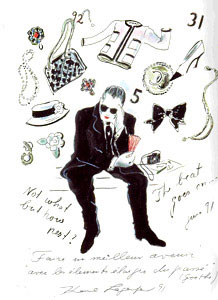 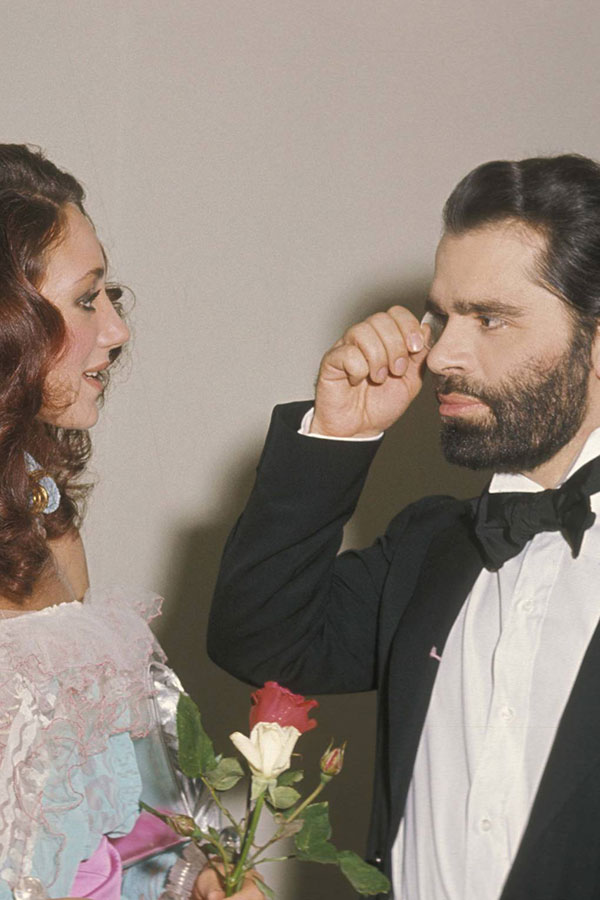 Similar to Mademoiselle Chanel, Karl was often caught lying about his past – when it came to age, origin and his parents’ jobs. He is believed to be born on 10th September 1933 in Hamburg, Germany though he never really confirmed the date of his birth. He moved to France with his family as a teenager, where he studied history and drawing.

When Lagerfeld was only 21 he won a design contest (1955). The award was a job in the house of Pierre Balmain! He had also worked on haute couture for Jean Patou. In the 60s he started working for the French fashion house Chloé and quickly managed to take the role of the head designer. A year later, whilst at Chloé, he started his long-term collaboration with the Rome-based fashion house of Fendi (1965). 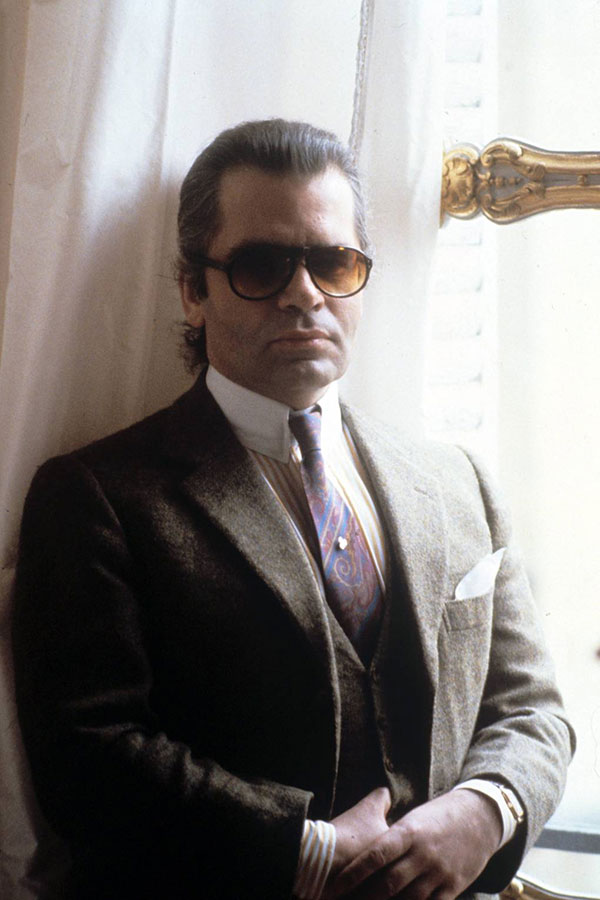 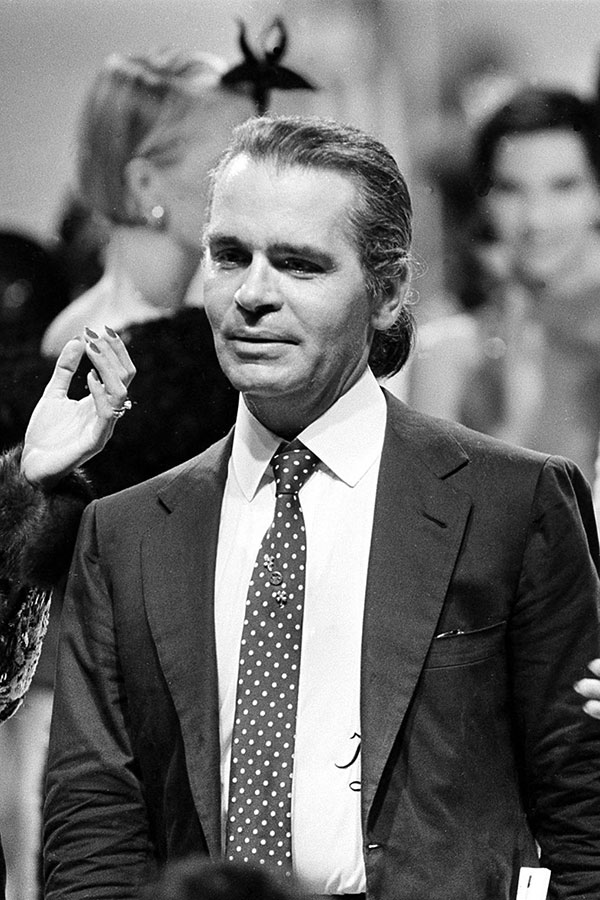 Practically, this happened before a man walked on the Moon for the first time! At a time when head designers of brands changed so often, Lagerfeld proved all wrong by working for Chanel for 36 years, and 54 for Fendi!

As a passionate photographer and cameraman, Lagerfeld often filmed and directed advertising campaigns for Chanel. His portfolio is full of photos for a lot of world-known magazines such as Vogue. According to prof. Lubomir Stoykov, “other designers also shoot their own campaigns. However, Lagerfeld managed to elevate this to a level of pure art”.

Karl also loved doing fashion sketches – he is the most talented artist in the fashion industry. His drawings are sold for thousands of dollars throughout the years. Karl had a great passion for books as well – he had a huge collection and he even had his own imprint! 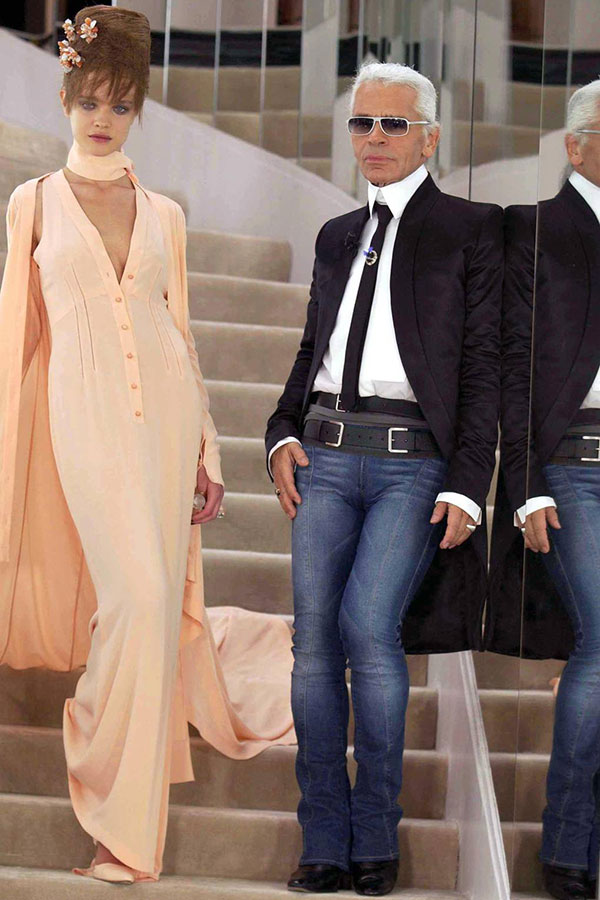 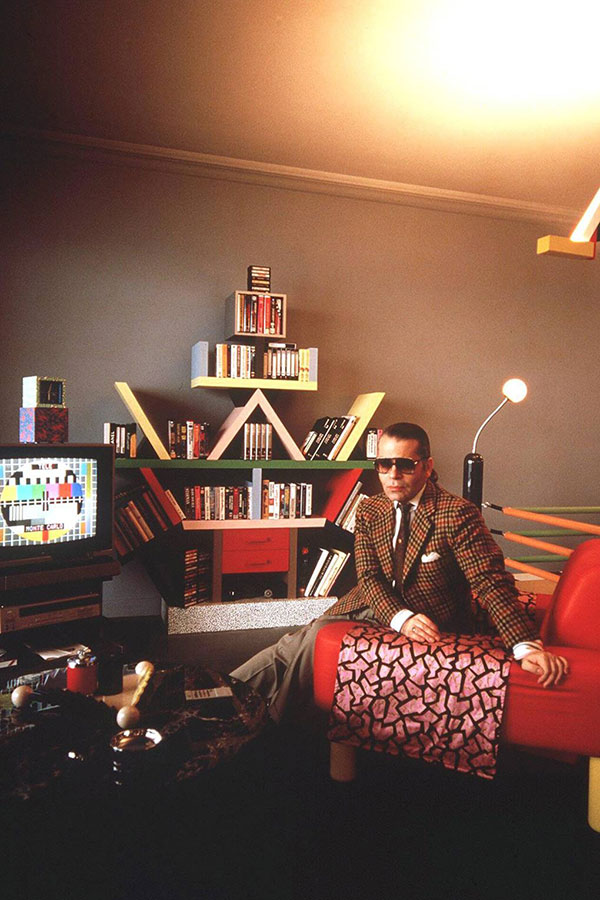 The first collaboration of the Swedish fast-fashion brand “H&M” is with Karl Lagerfeld in autumn 2004. This was when the mass shopper managed to get hold of clothes created by the well-known maestro in fashion.

During the last few years when Chanel became even more popular – Lagerfeld’s work was remembered for the opulent Grand Palais, where he showed 6 collections a year. From a giant rocket, a reproduction of the Eiffel Tower, to a real-life-looking beach, or a giant supermarket full of Chanel branded items. Impressive, right?

One of the most remarkable settings was the gigantic iceberg from Scandinavia, which was transported especially for the Chanel show in 2010. Lagerfeld is the first to come up with the so-called “traveling” pre-season show. One of the locations were Scotland, Dallas, Hamburg, Seoul, Havana, etc. 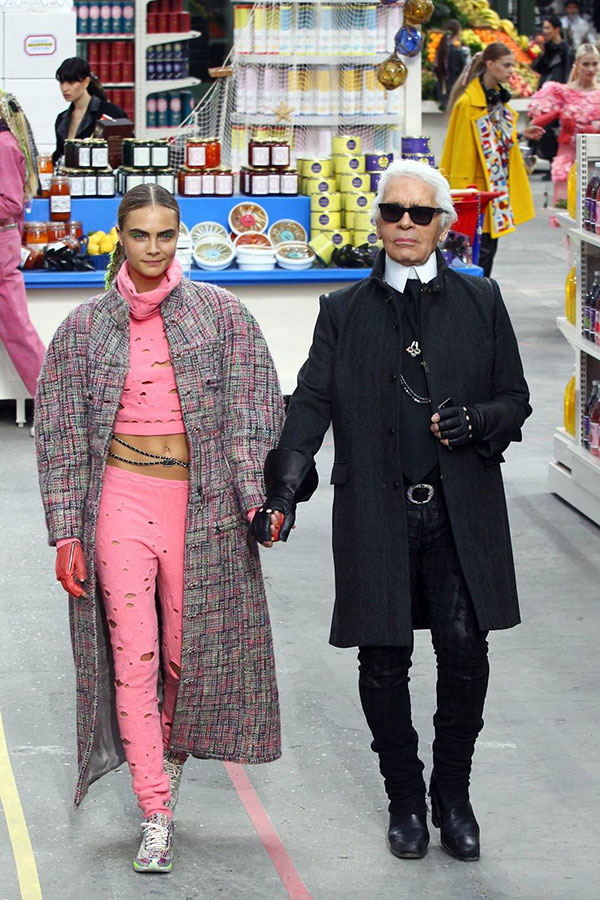 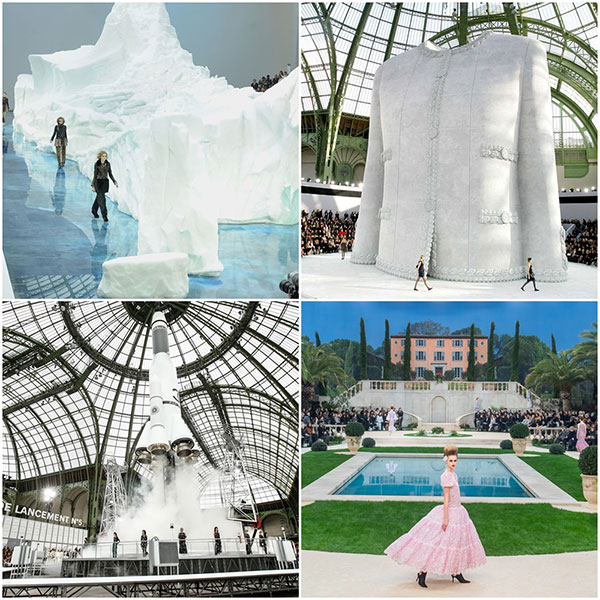 “We live in a world where in this type of business you should be super-fast. In my agreement with Chanel, which is life-long, is written that I will do 4 collections a year: 2 haute couture and 2 pret-a-porter. But I actually work on 8. […] It was my idea to do 6 pret-a-porter collections yearly because in 2 months anything can change. No one else does that”. This places Chanel in-between fast-fashion brands like Zara, which release new collections every few weeks, and luxury fashion houses, which create 4 collections each year. 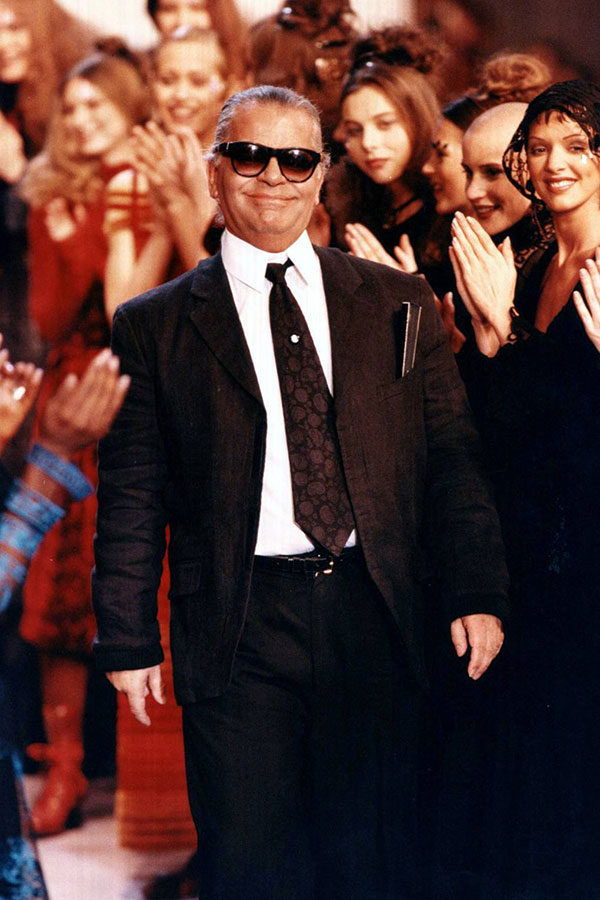 He Knew How to Find the Next Top Model

From Naomi Campbell and Claudia Schiffer to Cara Delevigne and Kaia Gerber. The designer himself said that “mankind cannot live without their idols. Us, designers, and models create these visions. The perfect face should change through time. There are few girls who have this talent. Linda Evangelista, for example, managed to change her appearance for 10 years. Fashion changes constantly. Appearance does so, too. It would be really dangerous if things worked another way.” 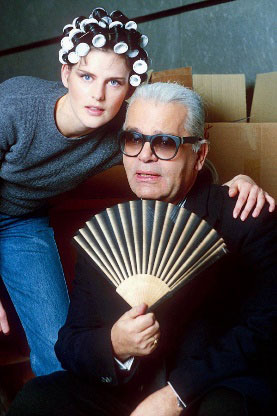 Who is Going to be Karl’s Successor?

The house of Chanel appointed Virginie Viard for its new creative director. She is the closest person who has worked with Karl for more than 30 years – regardless of the rumors that they would choose a big name like Phoebe Philo (former creative director of Celine). This isn’t happening for the first time in the fashion industry. Sarah Burton was Alexander McQueen’s right hand and became head designer after the designer’s death back in 2010. 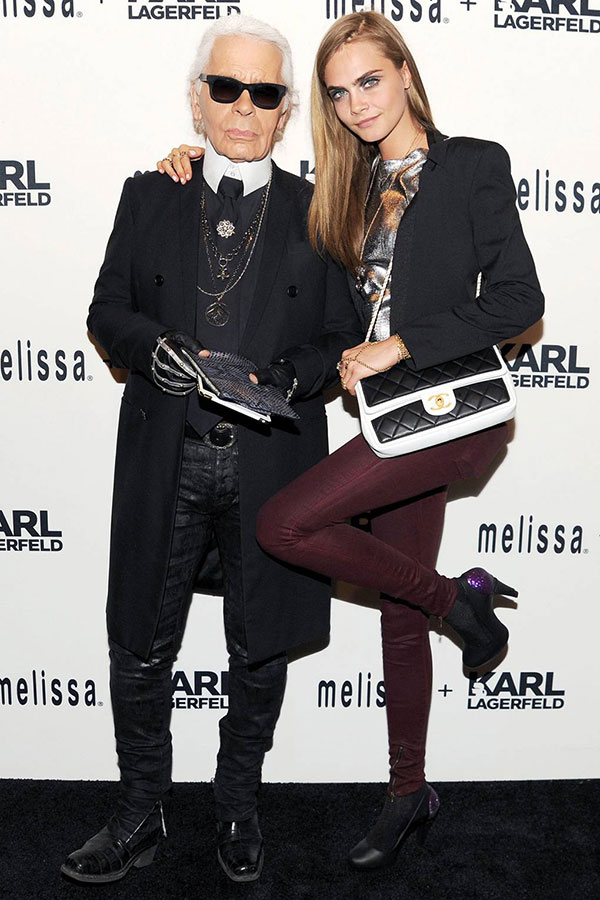 Since Gabrielle „Coco” Chanel first introduced her brand to the world more than a century ago, there hadn’t been a woman to head the fashion house. Not until now. Viard is “Karl’s secret weapon”. She started working as an intern at Chanel in 1987 – that is 4 years after Karl became a creative director of the brand. After working there for some time, Viard also joined Karl in 1992 at Chloé, where he also played the role of the head designer. She had worked there for 5 years, then she returned to Chanel and became head of the atelier of the brand. 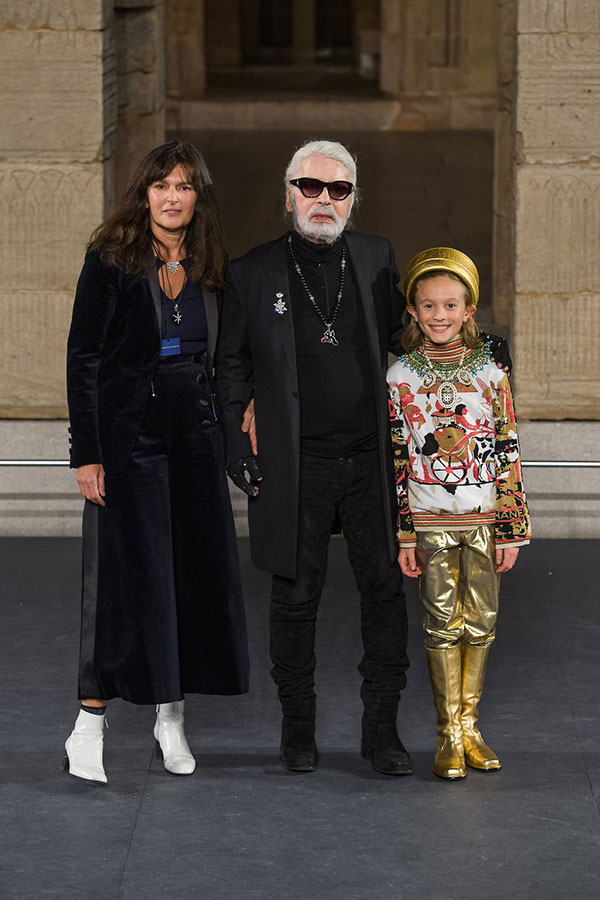 “Virginie is the most important person not only for the atelier but for everything,” says Karl about her back in 2018. “She is my right hand. When we don’t see each other, we are always on the phone”. Nevertheless, Virginie remains in Lagerfeld’s shade and shares that being in the public eye is definitely not for her. During the last few years, however, at the end of the shows, she goes out for a bow with Karl. In January this year (haute couture week in Paris), she was alone, which brought a lot of concern about Kaiser Karl’s health.

When it comes to Fendi – the Italian brand hasn’t shared their escape plan about who will be their head designer.

The Fashion Industry will be Forever Thankful to Karl

The fashion shows, which Lagerfeld created for Chanel prove that fashion doesn’t grow isolated in a balloon. “Fashion is an attempt to make visible some not so visible aspects of life,” writes Karl for a catalog of the brand from 2005. “Apart from a lot of his colleagues, who keep emphasizing on how fashion is a serious and important thing, Lagerfeld’s opinion is much different. He says that very serious can also mean very boring, too. His belief that fashion is a form of art is far from being frivolous and stupid. It expresses the time we live in and Lagerfeld knows how to have fun with that,” says Prof. Lubomir Stoykov. 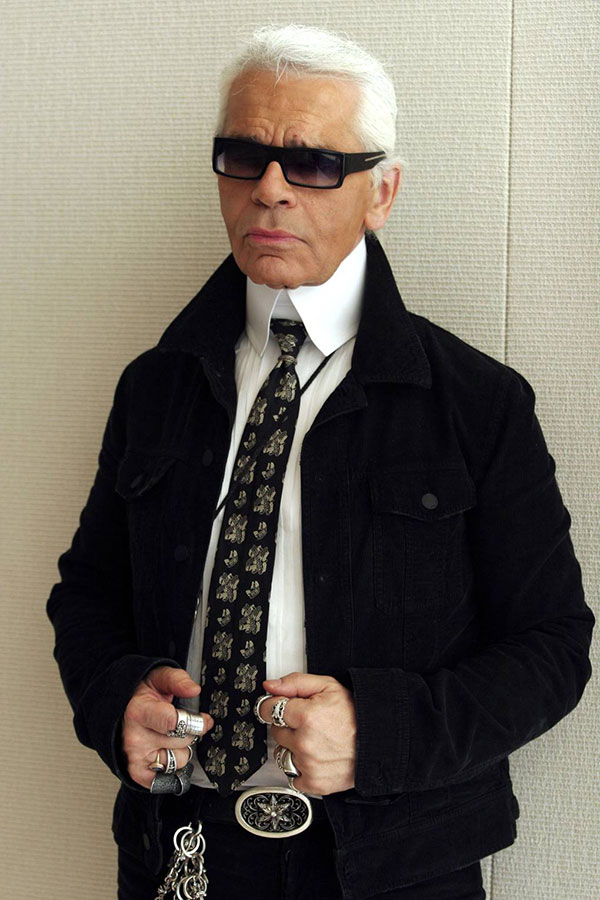 With a career which lasted a few decades, Karl left a permanent trace in the fashion world. He is one of the few who could proudly say they have done what they love until their last breath. This death marks the end of an era and the beginning of a new one… Farewell! 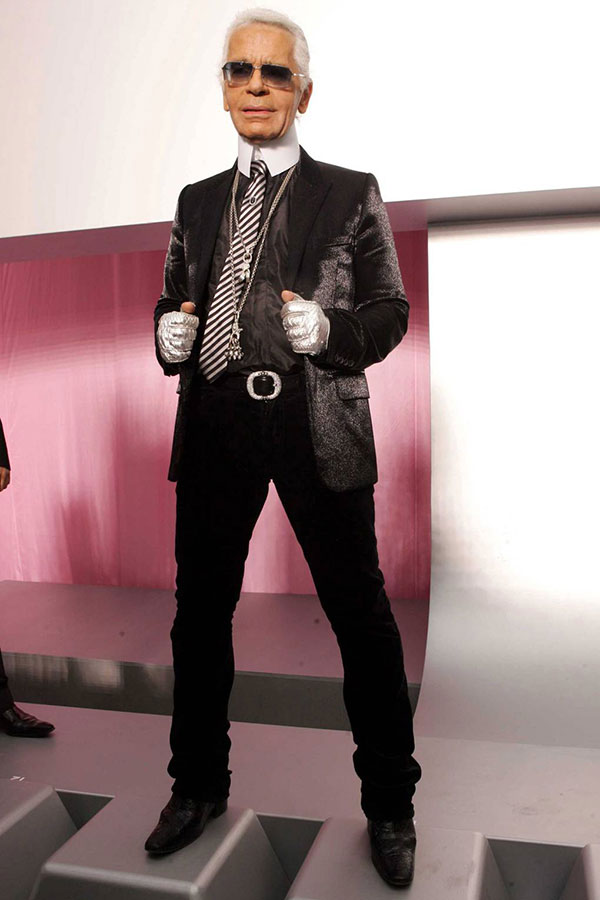