French designer Isabel Marant aesthetizes the chic outfits of Parisian fashion, reaching paradoxically to all parts of the world for inspiration - from the American West to the French Riviera. Marant was born in Paris in 1967 in the family of a German model and father, a French photographer. Her parents’ divorce when she is young and Marant is raised mainly by her father. 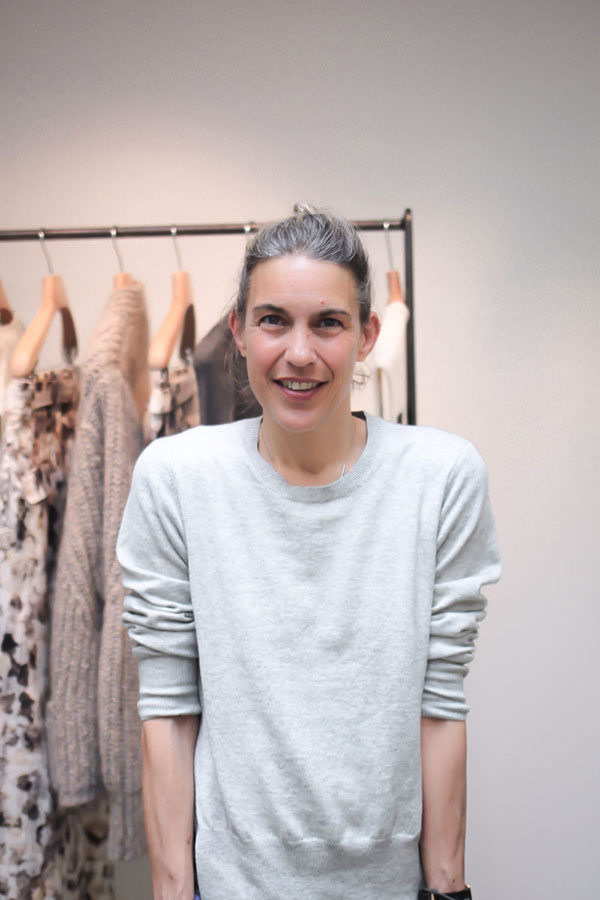 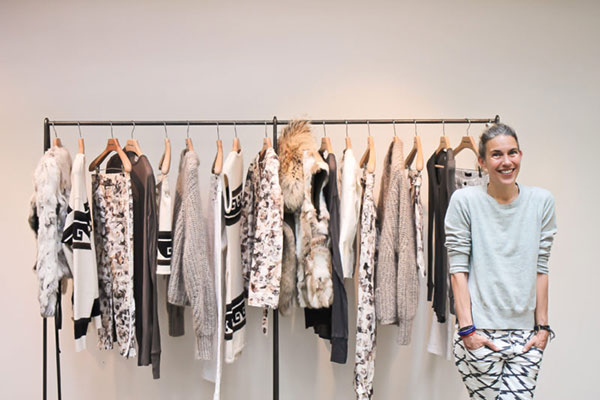 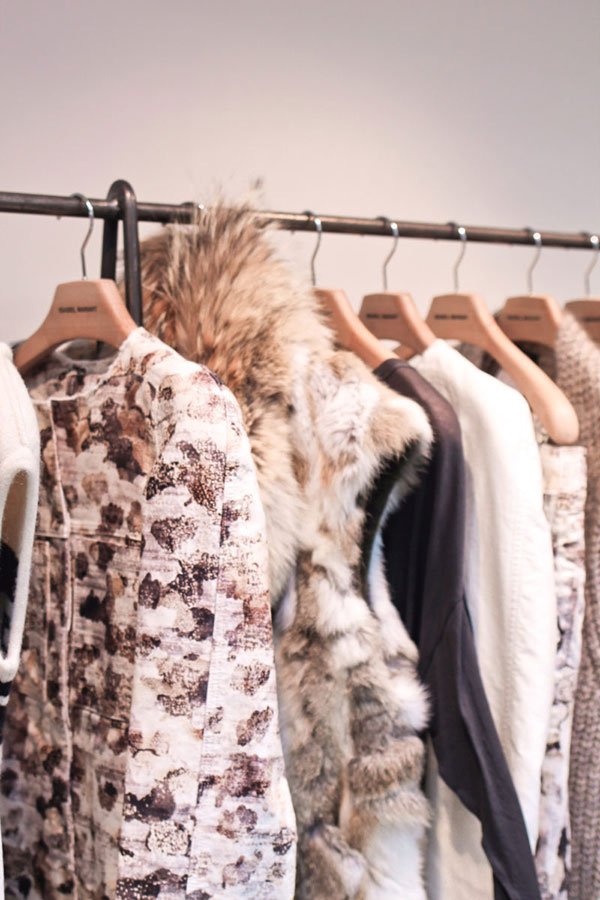 Although her name is pronounced by Isabella, in sixth grade she deliberately begins to miss the last syllable of her name when she discovers that four of her classmates carry the same. As a child Marant did not like girl clothes, but enjoyed provocative clothing, carrying her old jumpers like dresses and a silk robe with slippers. "I was known by everyone in school as a bony nut," she says. The designer's early inspiration comes from her travels abroad - in Asia, Africa, India and the Caribbean, as well as her parental figures: "I have a clear memory of my hysterical alcoholic a gentleman who wore crazy clothes that inspired me, and my Spanish stepmother was very elegant, very "Eve Saint Laurent." She gave me joy, "Marant also said. 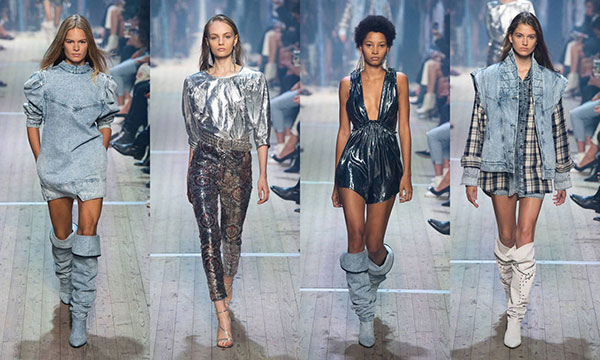 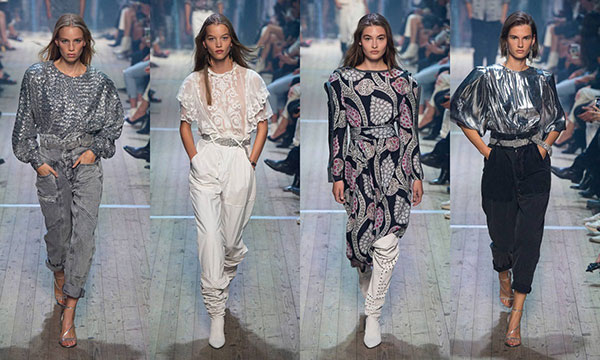 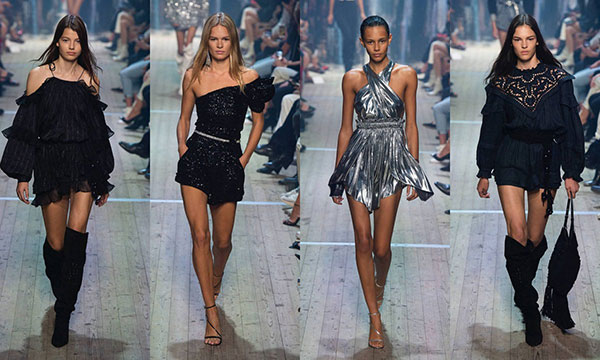 In 1982, tired of being unable to find clothes she liked in the shop, Marant asks her father for a sewing machine and begins to make clothes from discarded pieces of cloth and fabric. Soon after, her friends started asking her to create clothes for them, but she was still not thinking or interested in a fashion career. Several years later, at the age of 16, Marant's sales of her clothes are enough to make her rethink her plans to study a post-high school economy. Instead, in 1985, she started designing at the prestigious fashion studio, Studio Berçot, in Paris. Marant has worked with Bridget York for two collections and has helped as Art Director Marc Ascoli on projects for Kloe and Yogi Yamamoto. Soon after, in 1989, Marant began to release her own collections. Despite her success she says she regrets she has not managed to spend enough time working with other designers for a long time before she starts herself. 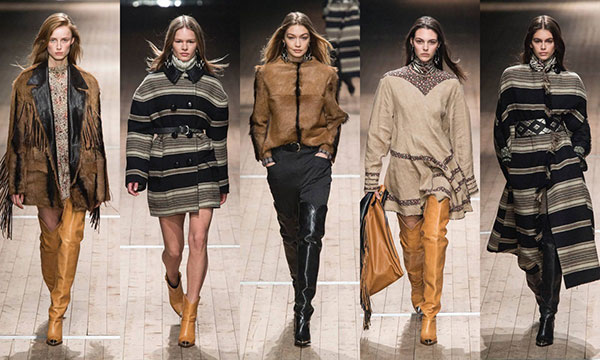 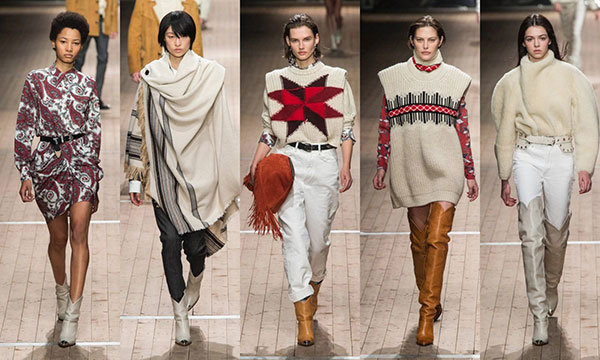 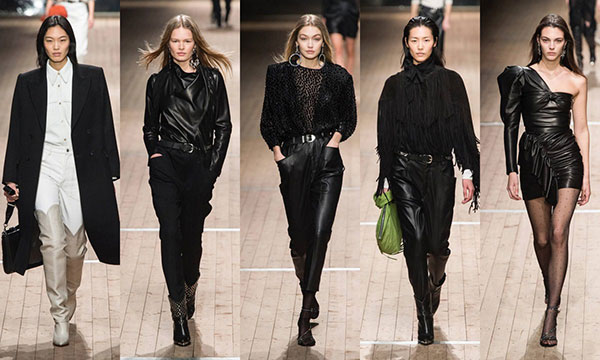 In 1989, Marant released her own jewelry label. Her fashion house, "Isabel Marant", was founded in 1994 and originally consists only of a line of jerseys and knitwear, and the brand is famous for its shoes carried by celebrities such as Kate Bosworth, Katie Holmes, Sienna Miller, Anne Hathaway, Hillary Duff, and others. The brand was first launched in 1990 under the name Twen before it was renamed to Isabel Marant in 1994. The first collection, which shows it is spring-summer 1995. In 2000, Marant expanded her brand by adding Etoile to the idea of be more accessible to the general public. The fashion house has 10 stores in Paris, New York, Tokyo, Hong Kong, Seoul, Los Angeles, Beijing, Madrid, Beirut, London and has traders in more than 35 countries around the world. Cultivating what Vogue describes as a "nomadic look", the designer house of the same name is gaining ever greater popularity among the fashion elite. 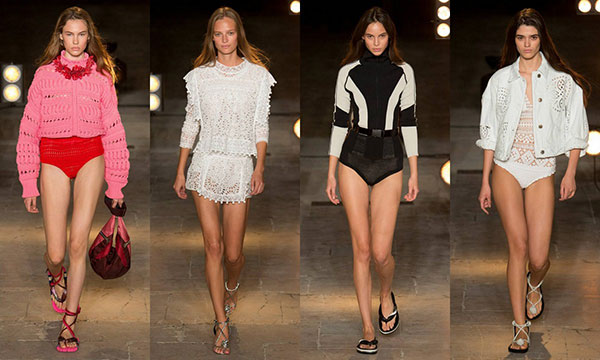 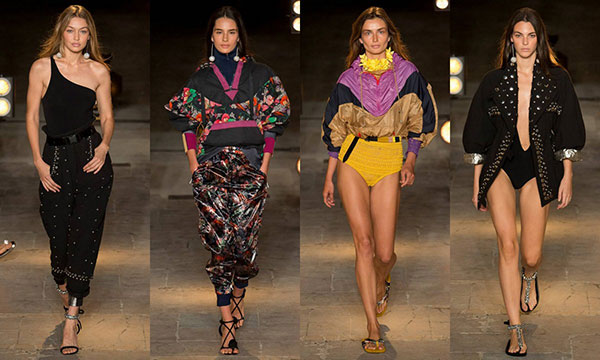 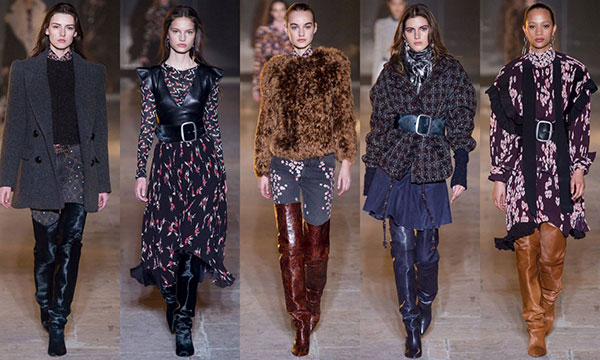 "I am a bit masculine and at the same time a feminist. I like the contrasting things and I do not like it when everything is perfect. I like imperfection, "says Isabel Marant for www.intothegloss.com. "I love the fragility of the woman, but at the same time I like the strong woman. I think I'm trying to put these two ideas together. I do not like the image of a woman just as a sexual object. I've always liked those women who were strong and fighting, proving that they are equal to men ... I am a woman - I have a child, I have a husband, but I also have my job, "says the designer. Isabel Marant is attracted to the natural in the woman. For her, the beautiful girl is what feels comfortable with what she dressed with. 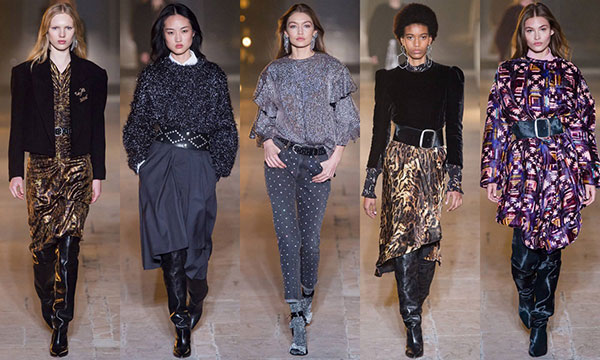 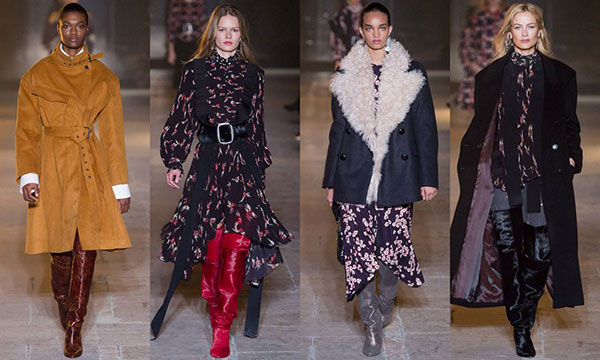 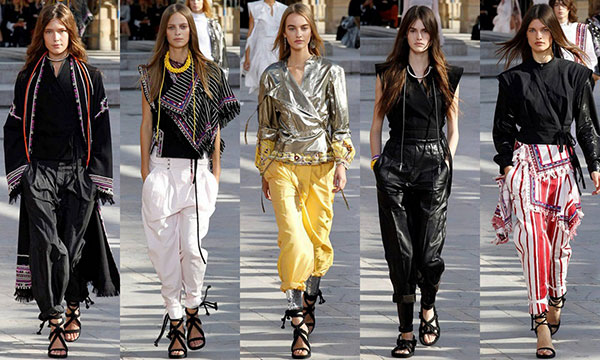 For the inspiration of the designer and what it is for her, the Parisian chic is found in part of her interview for www.tresorparisien.com.

As an icon of Parisian chic, what is your idea of Parisian chic?
I’m often asked what is Parisian chic! It’s funny… people think I am representing Parisian chic in a way… like a kind of attitude and what’s the difference between an American girl, an English girl and an Italian girl! You know, in the end I think it’s a lot about attitude! I think French girls pretend not to take care of themselves because they are very natural, they want to give the impression like they just woke up looking like that…And it’s true, I think French girls make a lot of effort pretending they are not making any effort! And you know it’s the same with my fashion; people call it effortless when I do a lot of work to make it look effortless and I think that’s the trick to Parisian chic! 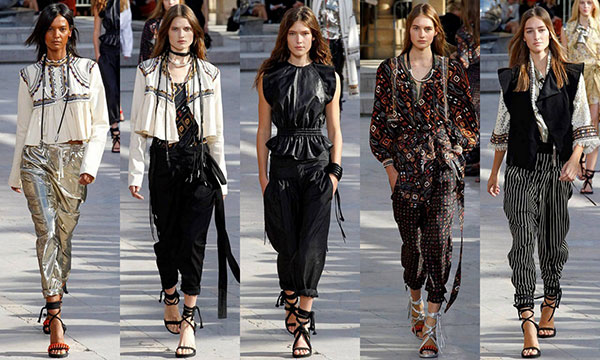 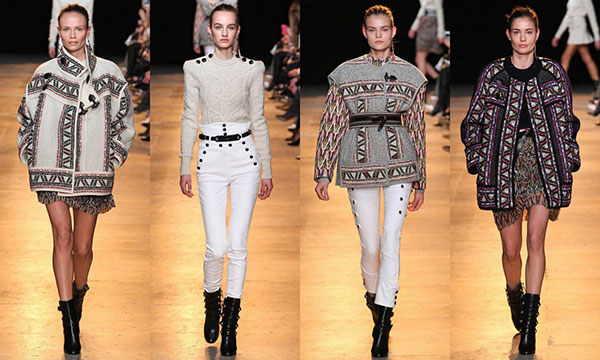 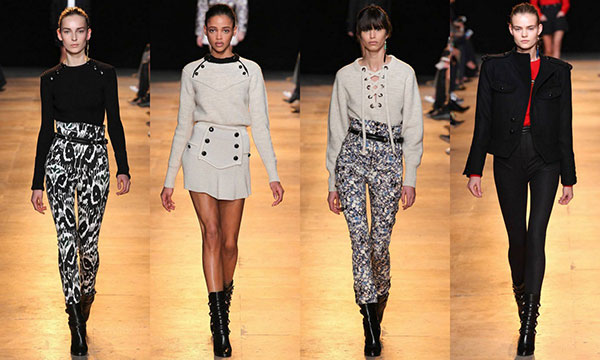 What inspires your collections, and how do you keep inspired?
The inspiration can come from anywhere and anything. I remember I saw a woman putting up her hair and I found the gesture so feminine and so sexy that I wanted just to work on the neckline and the shoulder line so a collection can really start by that. I remember for the last pre collection, I went to see the Poliakoff exhibition and I fell in love with the colour and I really started to work from this exhibition. It can be something lying on the floor (referring to the mat) … It’s what’s around me. It can be a song, a detail in a window… It’s what attracts you at a certain moment. 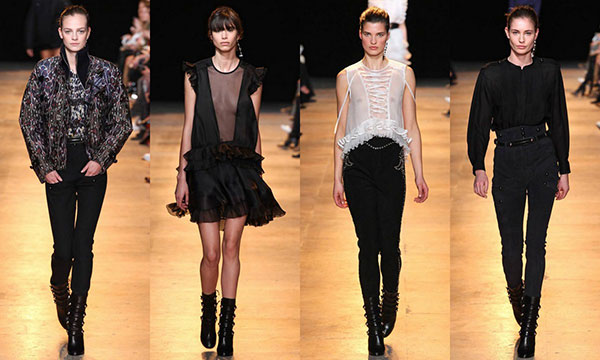 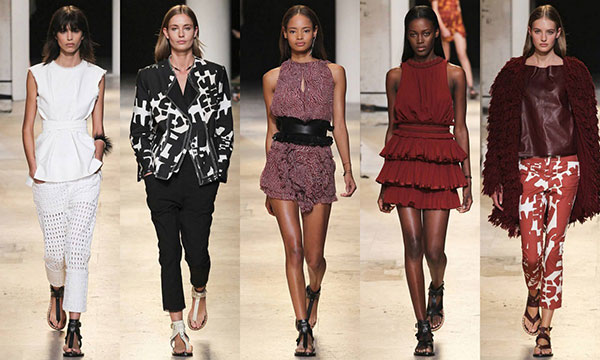 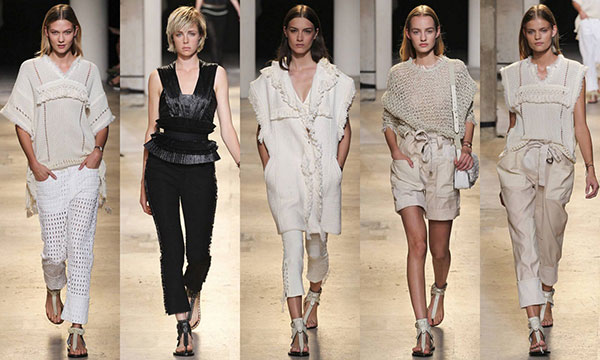 When Isabel Marant collaborated on a design collection for H & M in 2013, the line is sold out online in minutes and causes a trader's website to crash. For her cooperation with H & M, Marant says: "The good thing is that they do not want to try to make a cheap version of your collection, but really respect the designer's handwriting." The garments are described as a combination of androgen chic and bohemian carefree. its branding increases by 30% its sales every year. 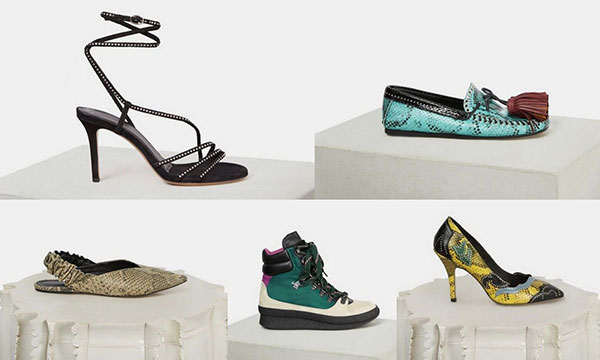 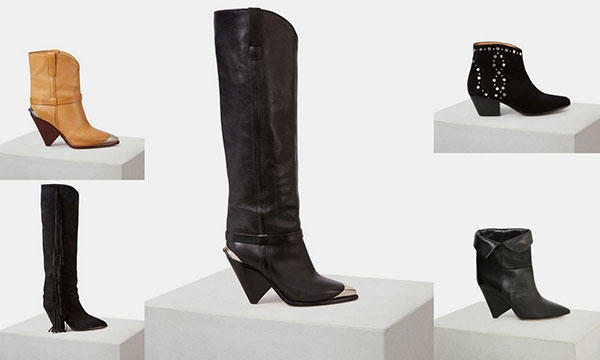 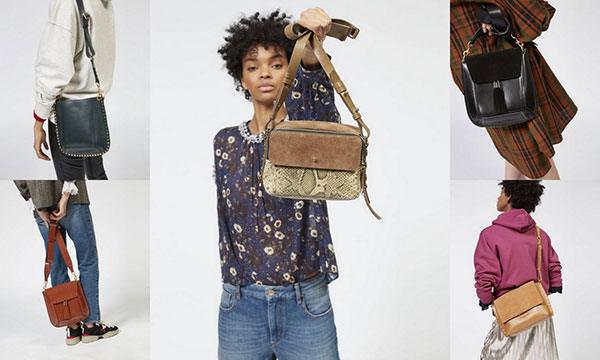 In 2015, the local mixed community of Santa María Tlahuitoltepec in Oaxaca, Mexico, condemned Marant for the plagiarism of the collective traditional design of their mixed blouses. Then there was a storm of comments at Twitter under a photo showing the incredible resemblance of some of Marant's recent projects with those of local Mexican designers from Tlauhuitolpec in Oaxaca, Mexico, who designed and made their original hand-made shirts over 600 years in style of Mexican natives. The appropriation of Marant's design provokes the wrath of the people of Mike, for whom hand-made shirts and their sale are an important economic and cultural factor.