KARL LAGERFELD HAS PASSED AWAY - THE BIGGEST INTELLECTUAL IN FASHION

Karl Lagerfeld - the man whose career formed the prototype of the modern luxury fashion industry, died on February 19th in Paris. Although his birth year was a matter of dispute, Mr. Lagerfeld was considered to be 85 years old. His death was announced by the fashion house "Chanel", on which he had given much of his life. The designer's powder is mixed with that of the love of his life - Jacques de Basher, who died of AIDS in 1989. One of Lagerfeld's desires, according to his colleagues, was that he did not want a funeral, and his remains to be with those of his close. 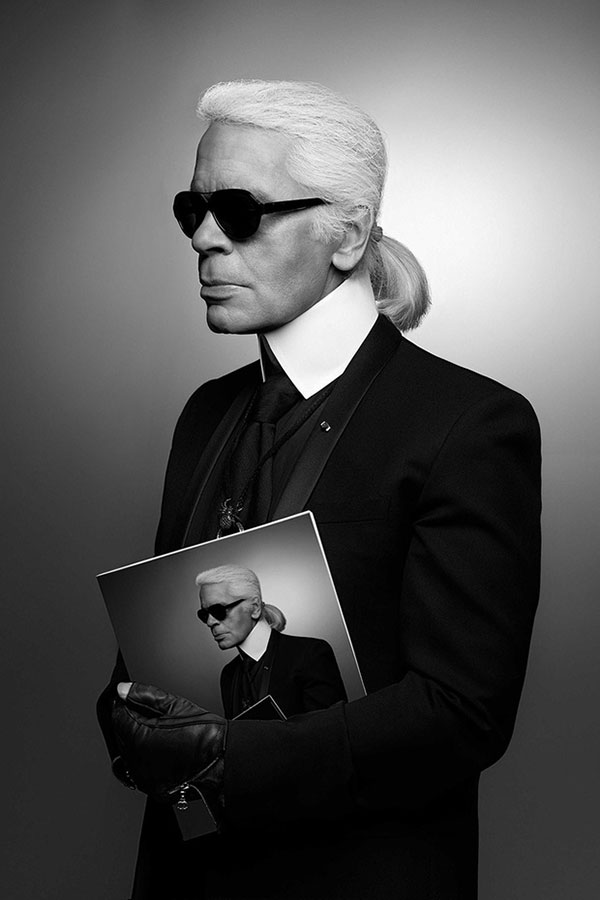 Nicole Scherzinger for her latest appearance chose a tender and beautiful dress of the Bulgarian designer "NEVENA London", which is based in the British capital. The famous singer and girlfriend of our tennis star Grigor Dimitrov published her own beautiful portrait at Instagram. Nicole has long shown a bias towards both ultra-chic and stylish outfits, as well as provocative silhouettes and sexy ways. This time she has staked in the fine and delicate style, axiomatically inherent to "NEVENA LONDON" 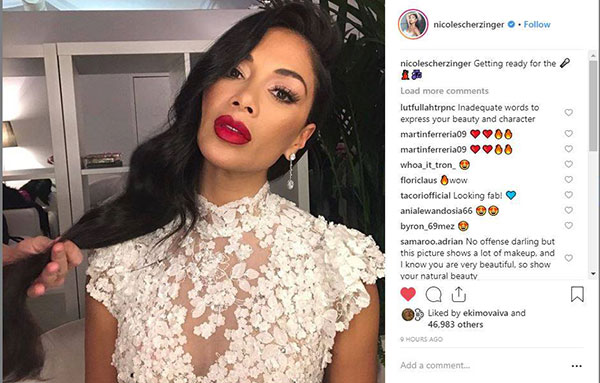 The final was held on February 11th in the capital of the Philippines – Manila, and was broadcast in 50 countries. For the event the winner of the Golden Needle – Hristo Chuchev chose a beautiful dress from lace and tulle in body and ecru color for Geri Doncheva. The effective lace is made up from figures of a pair of storks and floral motifs. 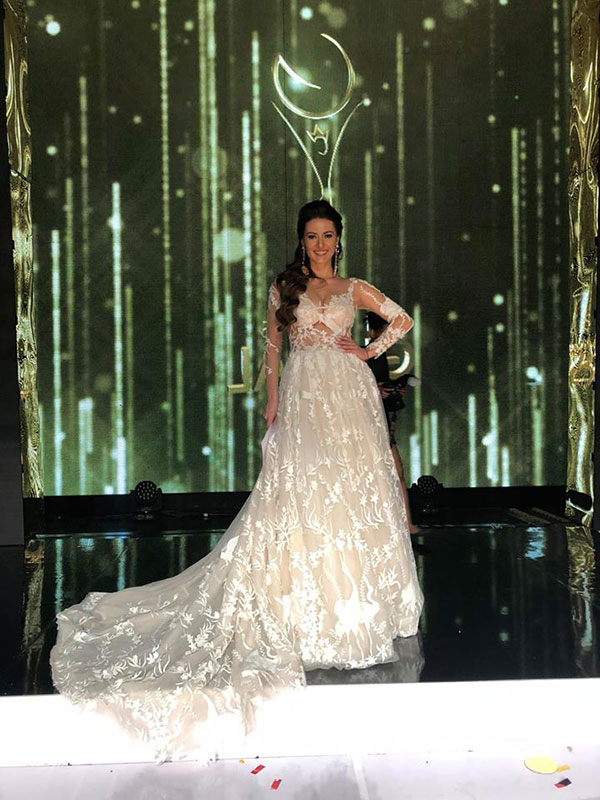 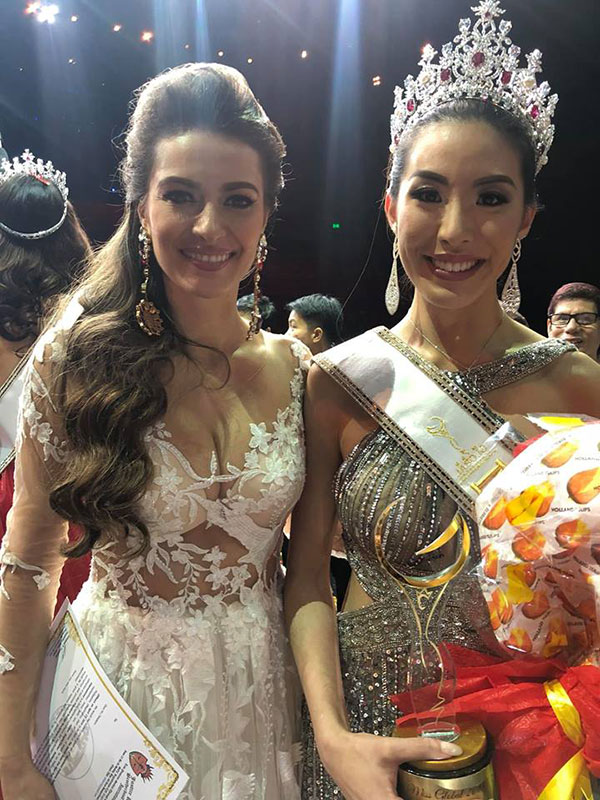 1. Geri Doncheva at the final of Miss Blobal 2018 dressed in Hristo Chuchev Design.

CARA DELEVINGNE AND OLIVIER ROUSTEING WITH PHOTO SHOOT FOR BALMAIN

The new face of Balmain Cara Delevingne shot a naked photo shoot for the brand. In front of the lens stood creative director Olivier Rousteing, who posed with Cara Delevingne. They recreated the picture of Janet Jackson, made by Patrick Demarchelier in 1993, where the singer was naked and concealed only by the hands of her then half - Rene Elizondo. The 33-year-old Frenchman stressed that although "the pictures of the campaign are very sensual, there is nothing sexual about them" and that their message is not about nostalgia for the 90s but about inclusion. "The campaign shows the collection of two tons of skin, one black - or a mixed race - and one white. Our choice to pose naked was just for authenticity. I return to the foundations: I wanted something pure and open. " 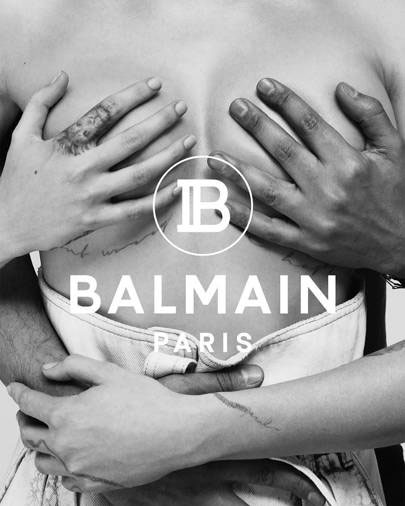 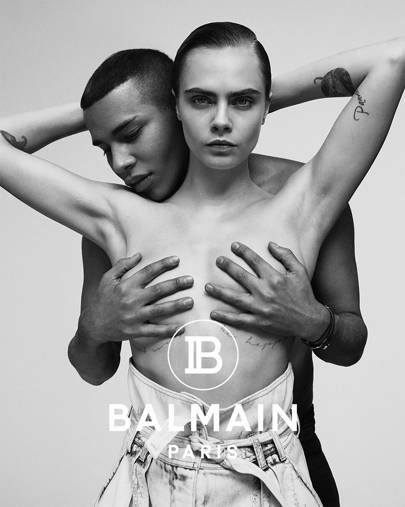 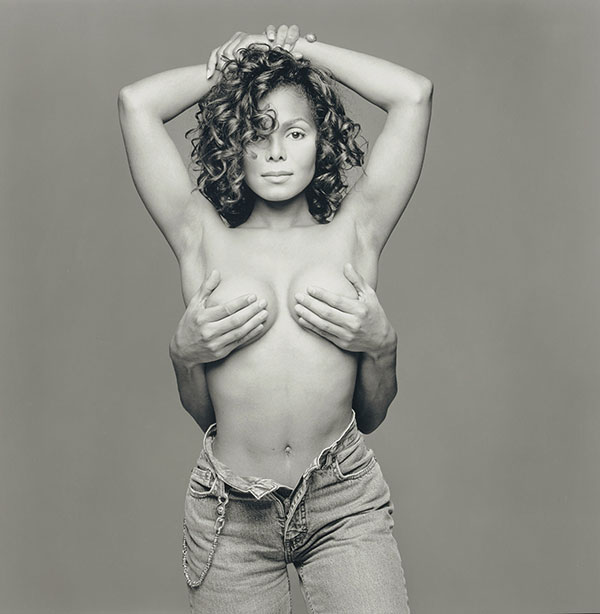 LADY GAGA SHONE WITH 128 CARATS AT THE OSCARS 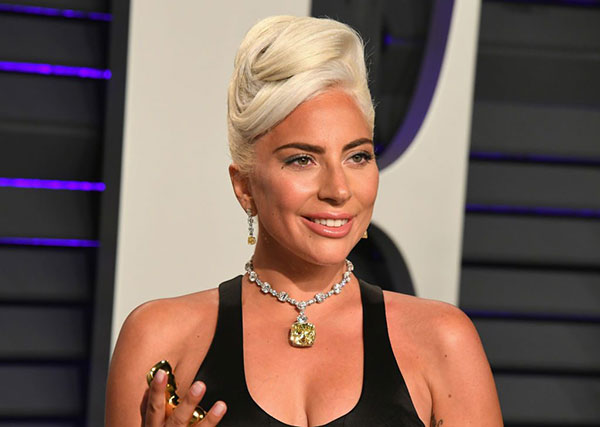 Lady Gaga looked amazing at the Academy Awards 2019 in Alexander McQueen's dress and very long gloves. What attracted the attention of those present was the huge diamond around her neck. The necklace has a 128-carat diamond Tiffany, discovered in 1877, and worn only by 3 women: Mrs. Mary Whitehouse, Audrey Hepburn and Lady Gaga. The cost of jewelry is more than 30 million dollars.

Tiffany's Art Director Reed Krakow said: "Lady Gaga is the ultimate creator, innovator, and a person who breaks the rules. I'm excited that it will bring the legendary diamond, for the first time since it was discovered 141 years ago, on a red carpet. "

Bulgarian top model Mila Hristova (on the left of the photo) was a guest of the special charity party of Elton John and his foundation for AIDS and HIV patients, which is once again held during the official award ceremony of the Oscar Film Awards. She was dressed in Sofia Borisova's design in a long, long beige dress on the body, with a slit in the front. The whole dress is hand-lined with silver crystals. The effective naked back is embroidered with multiple straps. 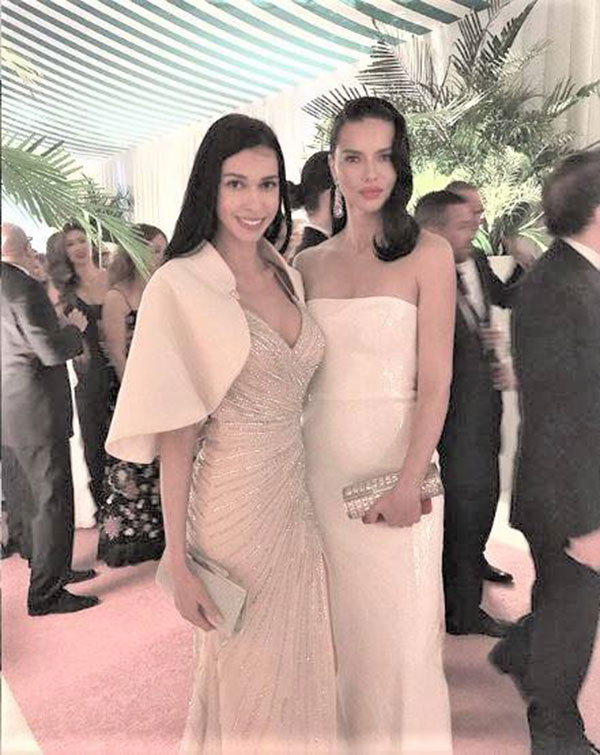 Kate Middleton may have gathered the eyes of BAFTA's red carpet in her airy dress from "Alexander McQueen," but a particular accessory has made social networks talk. The Duchess had added to her outfit with south pearl earrings, which were the favorites of Princess Diana herself. The distinctive diamonds, combined with the big drops of pearls, were often the choice of Diana for her travels abroad - she wore them in Pakistan, Japan, South Korea, and the accessory she wore on her last official engagement: a spectacle of Swan Lake in Royal Albert Hall in 1997. 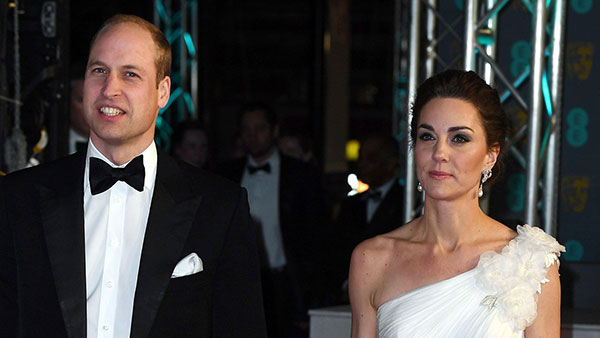 1. Kate Middleton and Prince William at the BAFTA Awards.

Victoria Beckham maintains a strict "no skin in her brand collections" policy, and the designer now extends this practice to exotic skins. "As a business, we strive for action to use more ethically acquired products with less environmental impact," said Victoria Beckham spokesperson. "We are happy to confirm that we will cease to use exotic skins in all future collections, as in our autumn-winter presentation in 2019. This solution reflects the wishes not only of the brand but also of our customers. " 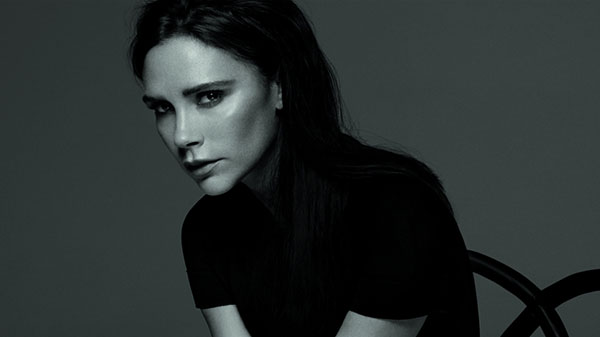 Margot Robbie did not win a prize at this year's BAFTA ceremony, but she was surely the woman with the most elaborate dress on the red carpet. The actress was dressed in a dress from the latest Chanel collection made of dark blue tulle and covered with silver, blue and yellow sequins, pearls and stones. The total number of items from which the dress is made is 157,000 and takes 690 hours to assemble. 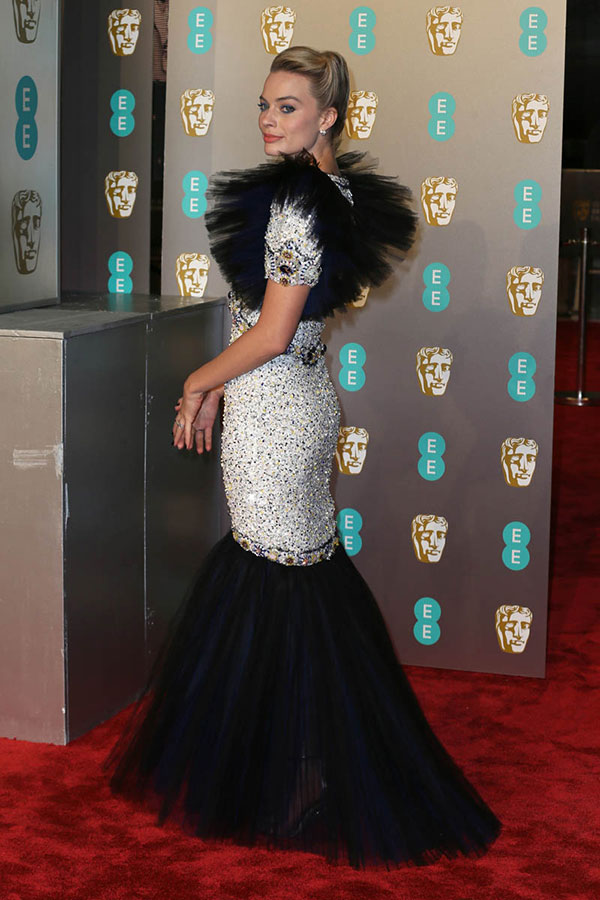 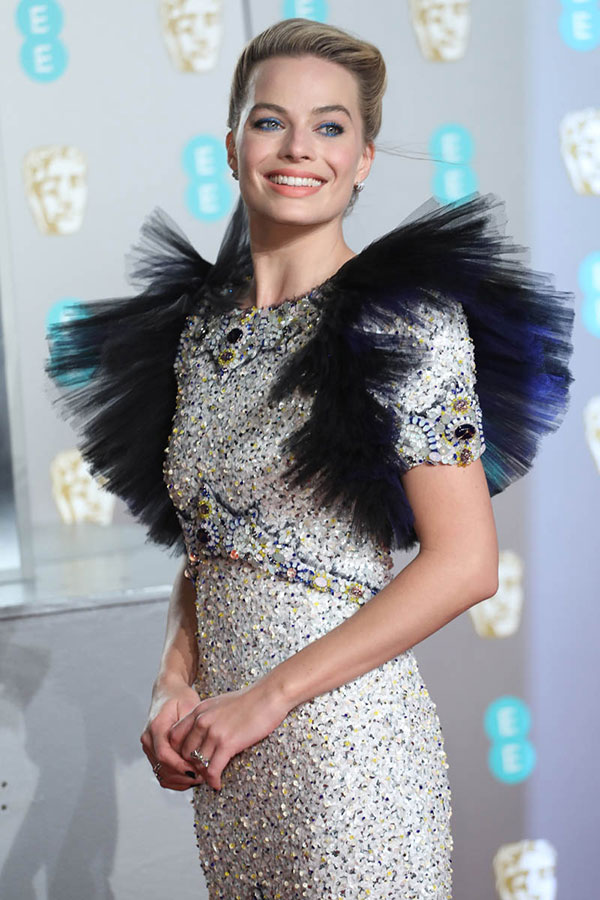