"January" - Festival of Bulgarian Dramaturgy" begins Premiere of the first mono spectacle by Yoana Bukovska-Davidova - "Changing" at Sofia "New Theater - National Palace of Culture" starts 2019 with a rich and interesting theater program. From the 11th of January until the end of the month, the third edition of "January" - Festival of Bulgarian Dramaturgy will take place. 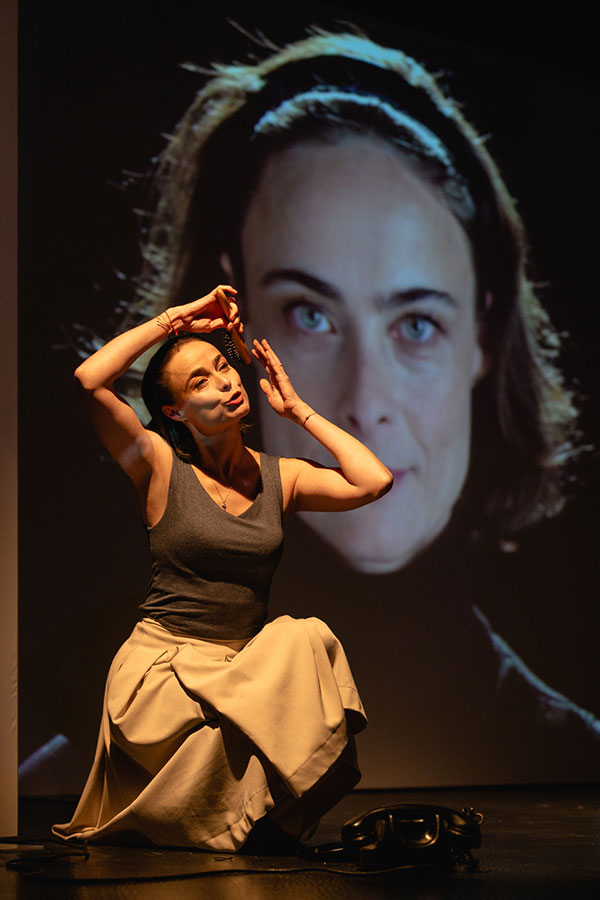 Each year it collects under one roof some of the most loved by the audience performances by Bulgarian authors. "New Theater - National Palace of Culture" is a reception stage for Sofia and the first one in the career of Yoana Bukovska-Davidova’s mono-spectacle "Changing", which can be seen on the 9th and 10th of January. "Changing" is one of the first theater performances in Europe with augmented reality. 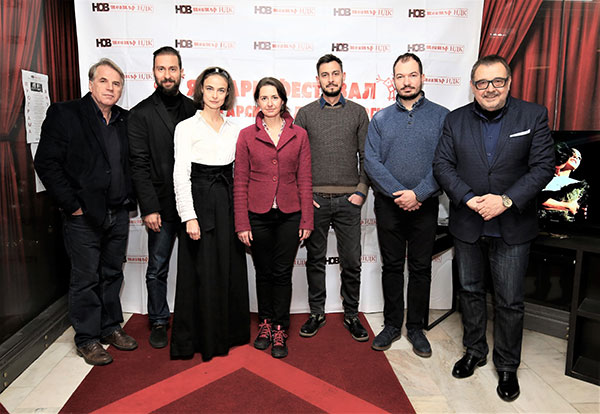 At an official press conference, the director of "New Theater - National Palace of Culture" - director Boiko Iliev presented the program for the January festival, and actress Yoana Bukovska-Davidova and part of her team talked about the mono-spectacle "Changing". Host of the press conference was Prof. Lubomir Stoykov, and among the participants were: Gergana Dimitrova - director of "Changing" and "Home for Sheep and Dreams" (from the program of the festival), Alexander Galabov - owner of AVR1, responsible for the augmented reality in the mono spectacle, as well as Momchil Alexiev and Nikola Nalbantov - scenography, video and 3D Mapping. 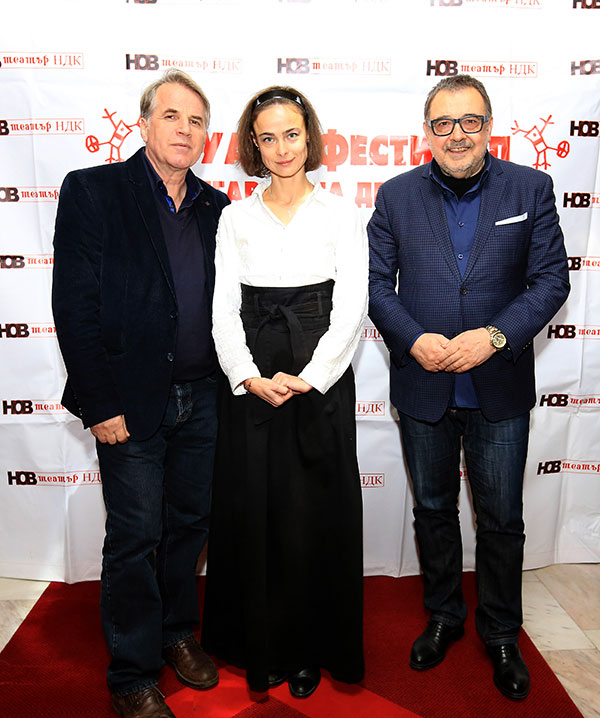 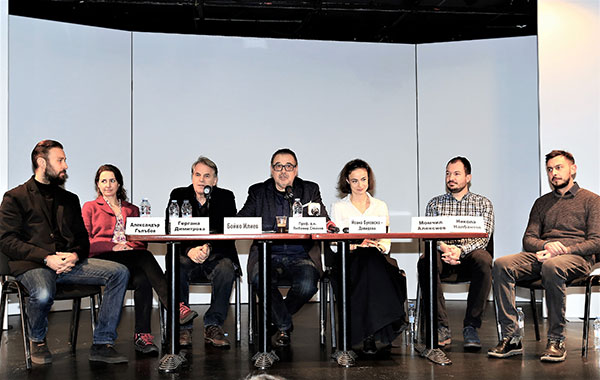 The January festival is conceived as a forum for performing theater productions created by Bulgarian playwrights - classics or contemporaries. "There is no such format among the existing festivals in Bulgaria, which - adding the fact that Sofia does not have a theater festival in which to present the Bulgarian drama - explains why "January" has huge potential for development and influence on the theatrical life at home, "emphasizes Boiko Iliev, director of "New Theater - National Palace of Culture", who at the press conference pointed out that the Bulgarian dramaturgy needs support. 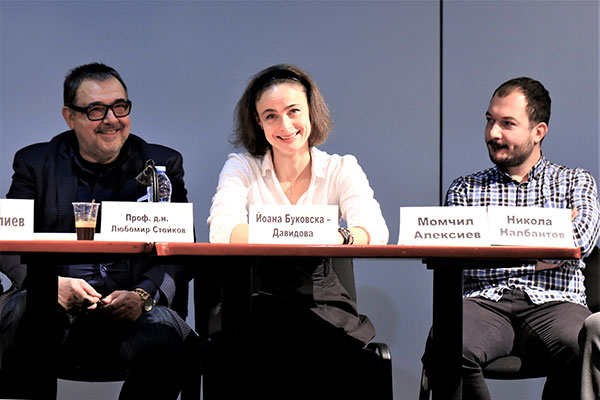 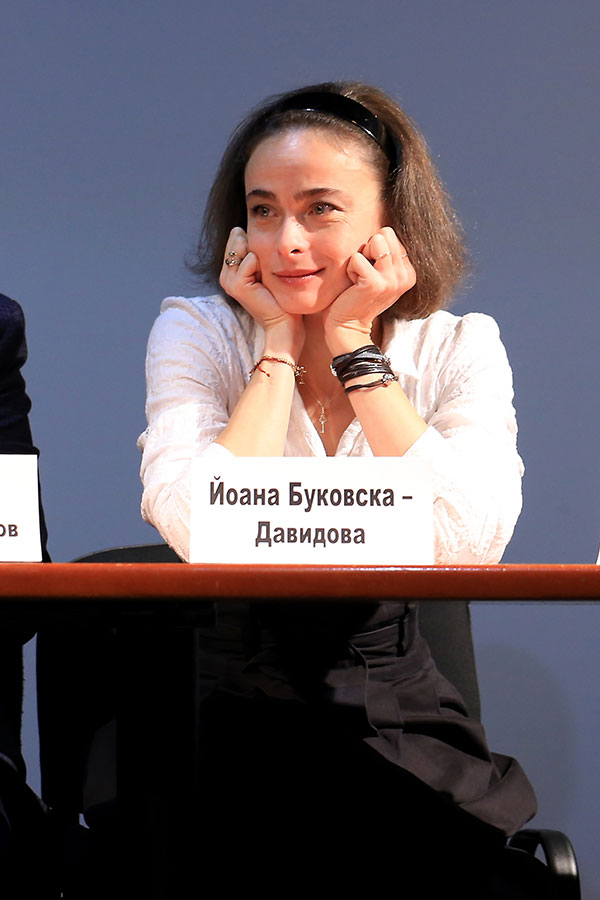 One of the highlights of the festival will be "Antichrist" by Emilian Stanev with the participation of Lubomir Kovachev, Veselin Kalanovski, Elena Petrova and Niki Sotirov. Dramatization and Directing - Boiko Iliev. Also included in the program are: "Poruchik Benz" by Dimitar Dimov, "In the hour of the blue fog" on the letters by Peyo Yavorov, "The violin of God" by Stefan Tsanev, "Laluger" and "The chicken, which says Ku" with author Alexander Urumov, Kalin Iliev's Piklioto, Dimi Deshev's Passion Ilievi and others. 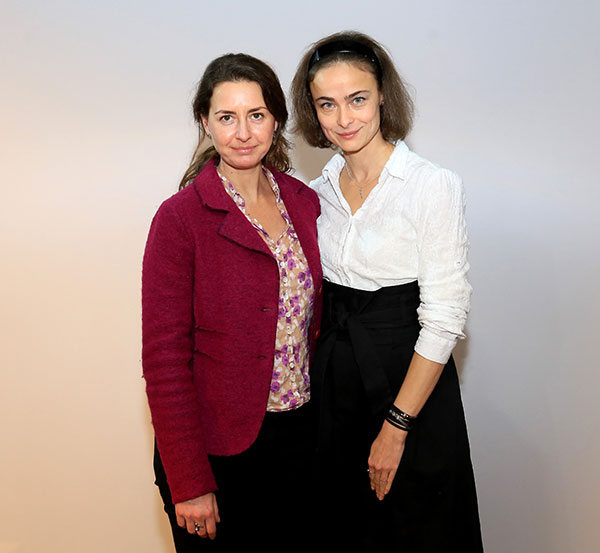 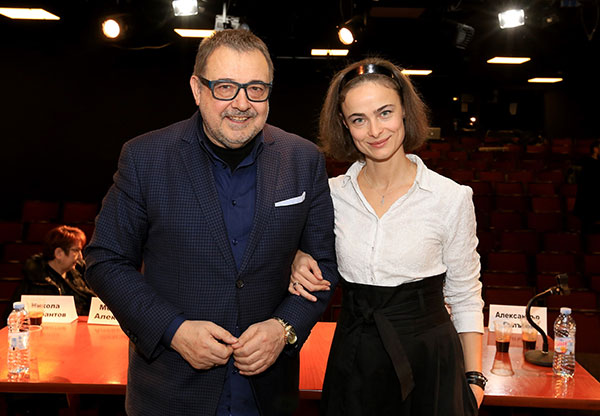 "January" is the most Bulgarian month, in the words of Yordan Radichkov, the prominent man of his work. That's why our beloved classic was named patron of “January - Festival of Bulgarian Dramaturgy" (with the consent of his son), with the support of the 13th Century Bulgaria National Donation Fund. The participants in the press conference were unanimous that free spaces for theater are hard to find nowadays. Yoana herself said that for her as a free actor with a private project who had assembled a team, it was a huge problem to find a place in which to play it: "New Theater - National Palace of Culture" was the only scene where you could come as an artist and present a project that will be accepted and it is also the only space that has the technological capabilities to achieve what we are looking for. "

"Changing" is a dramatization of actress Liv Ullman’s book (p.h. Kolibri) and it also marks her 80th anniversary (December 16th) and 100th anniversary of director Ingmar Bergman's birth. The theme of dramatization in "Changing" - work by Joanna herself - is the actress, who has many faces, with no one really knowing her own personality - constantly concealed by the heroines and replaced by the manipulative reflection of her life in the media. This "spectacle-sharing" is an intimate revelation of the Man, Woman, Mother, and Professional with the vocation behind the actress.

"Changing" is a meeting between traditional theater and new technologies. A special mobile app has been created for the show. With it through their personal smartphones, the audience can communicate with the scene at certain moments of the show. "The augmented reality with different animations and 3D elements creates a complete digital landscape that builds on the viewer experience," explained Alexander Galabov from AVR1.

The mono-spectacle of Yoana Bukovska-Davidova is also the first of its kind in Bulgaria, the amalgam of theater with special effects of the cinema, in real time of the acting performance. "My personal challenge is to be in the theater as long as I have a sense of cinema. That is why I say that the show is a hybrid between theater and cinema, experimental is not only because of the new technologies, it is another type of presence on stage and this is my personal creative change.

"The "Changing" project is part of the program "Plovdiv - European Capital of Culture 2019" and is implemented with the financial support of the Ministry of Culture. The patron of the show is the Ambassador of Sweden to Bulgaria - HE. Louise Bergholm. 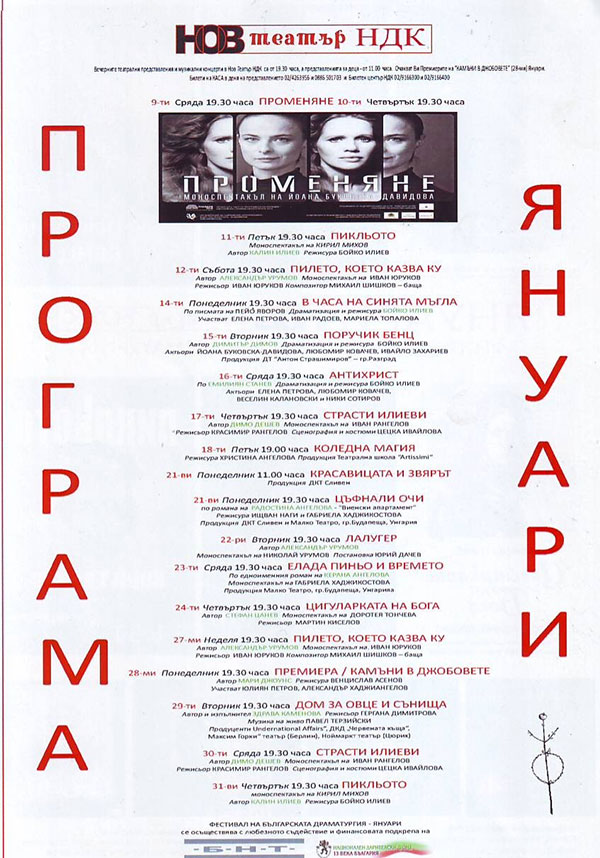