THE PREMIERE OF THE WORLD-FAMOUS SCULPTOR JIVKO SEDLARSKI

At the very beginning of the press conference host Prof. Lubomir Stoykov, professor at the National Academy of Art, said: "Jivko Sedlarski has produced and continues to produce unique creations that reach millions of people around the world and fill them with wonderful energy. His aesthetic reading of the ladies' dress shows the power of inspiration which is one of the biggest fashion fetishes that can awaken in an artist. In turn, however, his works are also a catalyst for the imagination of designers and stylists, and act as a powerful impulse to create beauty. It is known that fashion is to a great extent dominated by space and a manifestation of virtuosity in shaping, and Jivko Sedlarski is a true magician in this respect. With temptation, his dresses created by haute soudure, ie. high-end weld, can compete with prototypes in haute couture." 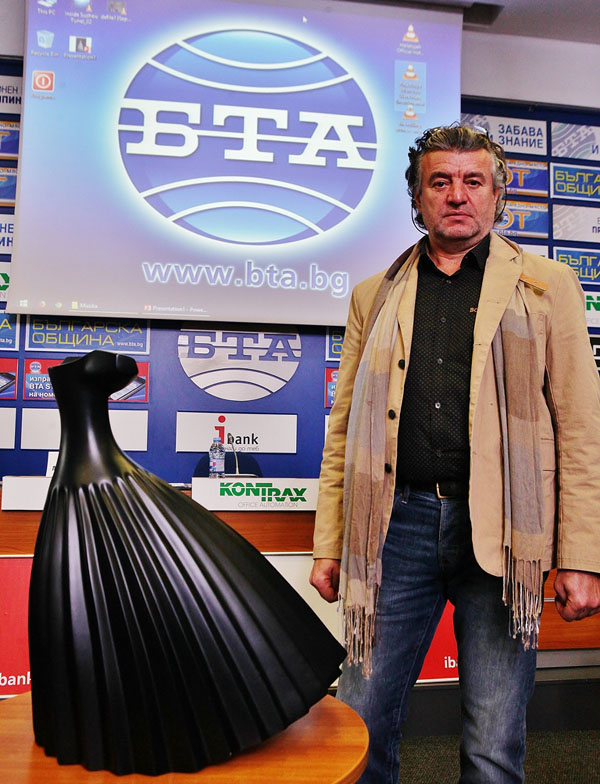 During the press conference Jivko Sedlarski presented a total of 15 sculptures from the series "Dress": "Rainbow in the Night", "Andromeda", "Breeze", "White Silence", "Viennese Waltz", "Stuttgart Stars", “Spiral Galaxy”, “Fisherman's Woman”, “Three Cheese Dresses”, and “Three Fleece Dresses”. The size of the sculptures is from 14 to 76 cm, and the materials from which they are made include: brass, granite, stainless steel and fiberglass. 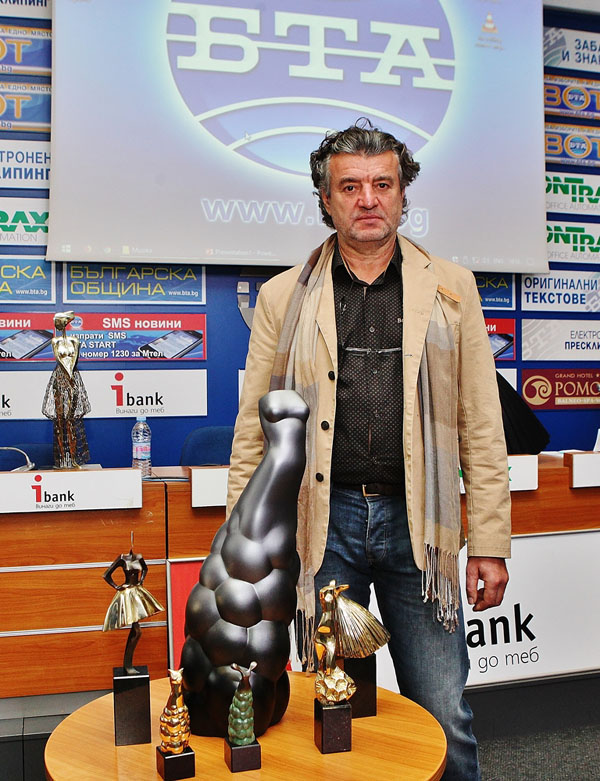 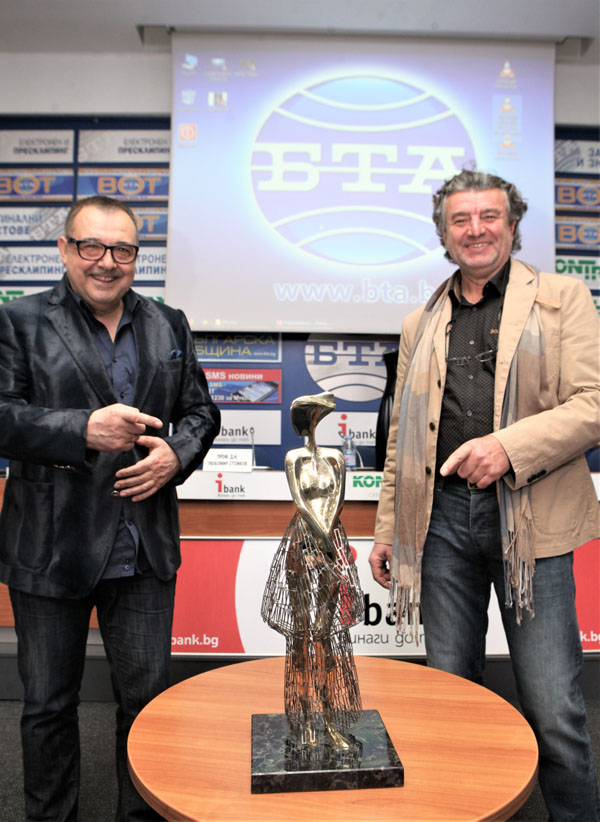 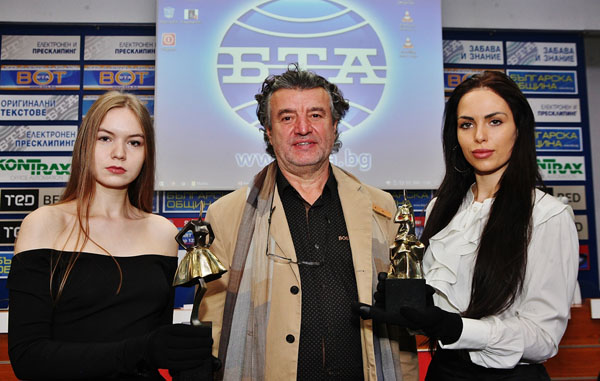 Jivko Sedlarski said that all his sculptures were cast in Bulgaria, although he himself lived and worked for more than 20 years in France. The artist's largest project, to be completed in 2019, is a fresco for two 840-square-foot pedestrian tunnels in China. This was announced by Jivko Sedlarski during the press conference and explained that the theme of one tunnel is "Ocean” and for the other -"Jungle" and it is planned to lead millions of tourists to the largest skyscraper in China (729 meters), which is also to be realized. Jivko Sedlarski's works are an original synthesis of fashion, fine art and architecture. The fashion galleries in Paris, Milan and New York are a source of inspiration for the sculptor who has made two reviews in France in 2017 together with a student of the designer Jean Paul Gaultier and independently in 2013 at the cathedral in the city Your view. The relationship between fashion and sculpture in his work, Jivko Sedlarski, opened in 2008 when he began working on his first monumental "Rainbow in the Night" dress of 3.20 m high stainless steel designed for a private park north of Rennes, France. With this sculpture begins the series "Dress" by Jivko Sedlarski, in whose creative pursuits the woman is always present. It is not represented physically in any of its works, but each one can visualize it in an associative way. In metal dresses, the woman is more a mystery and a silhouette, but it is the deity that the artist worships. Her energy and movement are captured in the sensual sculptures of Jivko Sedlarski, who seems to have a soul. His striving for beauty passes through the clean line and the simple form of figurative sculpture without the need for extra strokes, and as he himself explains, "I chose the dress because I wanted to recreate a movement unimpeded by details." Assistants during the presentation of the sculptures at the Press Club of BTA were the top model Nicole Prediova and Antoaneta Boyanova - Lady Bulgaria World 2018. 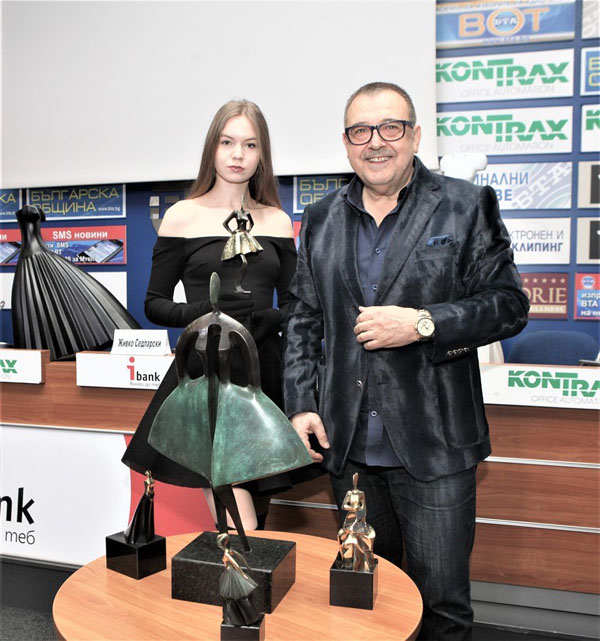 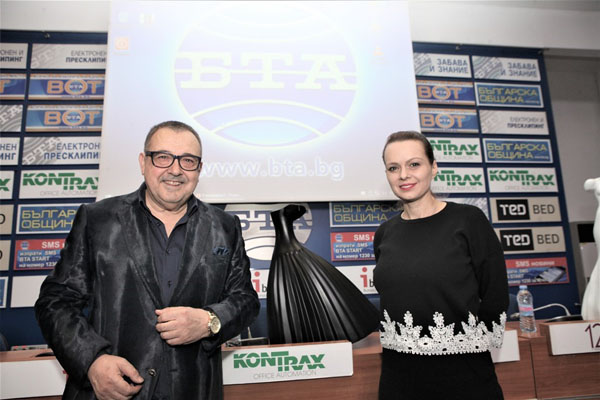 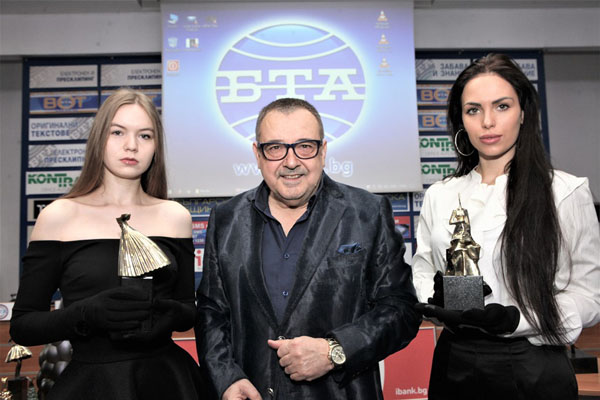 Jivko Sedlarski was born in Elhovo. He graduated from the School of Ceramics and Glass. He defends a degree in sculpture at the National Academy of Art. A curious episode in his biography is his training in anatomy at the Medical Academy under Prof. Palov. He also practiced at the Berlin Academy of Art. Since 1991 he lives in France and works in the field of monumental and small sculpture. His performances in solo and collective exhibitions, as well as his performances on sculptures, are on three continents and include, besides Bulgaria, countries such as Germany, France, Austria, Switzerland, England, Scotland, Belgium, Spain, Portugal, Slovenia, Slovakia, Estonia, Lebanon, Georgia, USA, China and others. Jivko Sedlarski is one of the three chosen European artists entered into the program of the Council of Europe Arts Club in 2007 and 2011 to participate in a representative exhibition. The sculptor's works are the property of many museums, galleries and private collections, and his sculptures are in parks, gardens, castles, beautiful houses and homes all over the world. 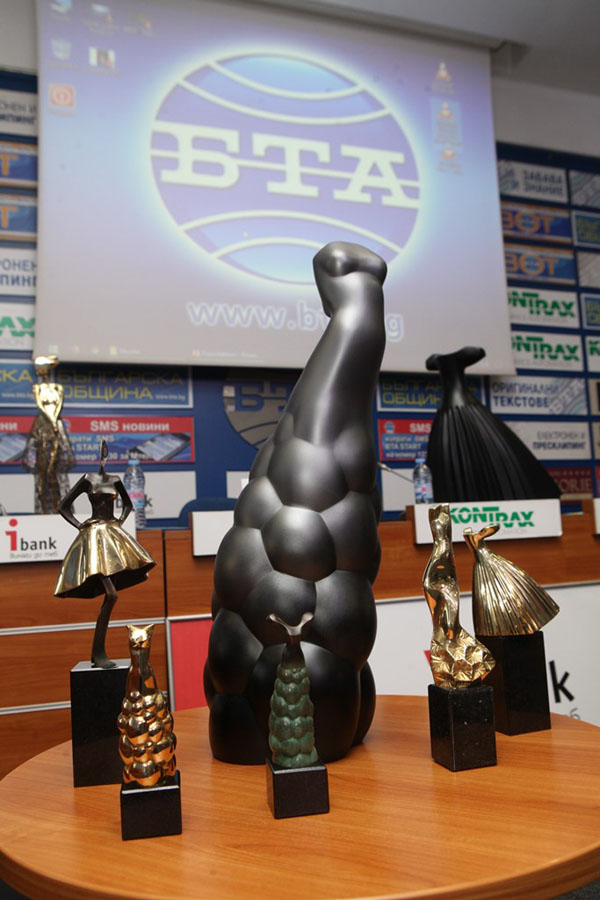 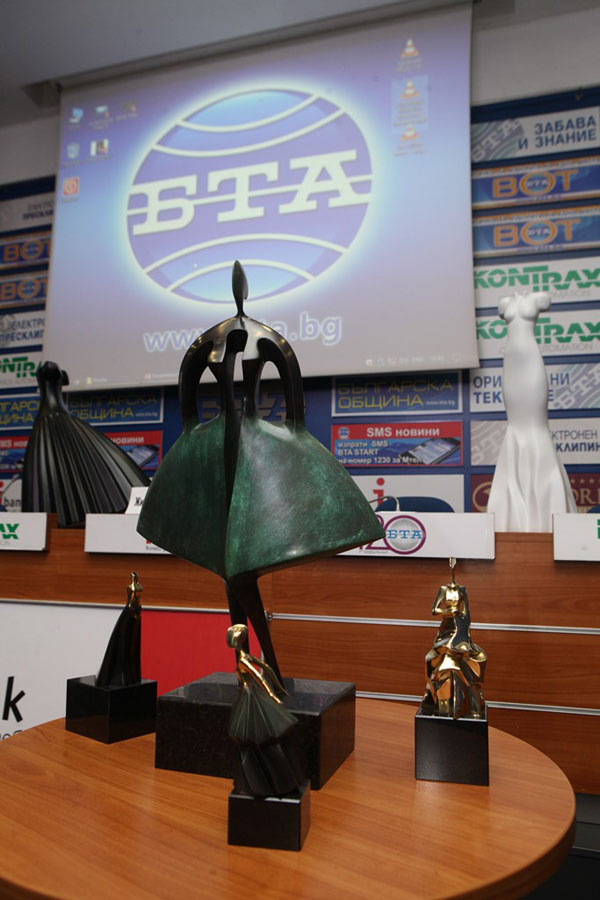 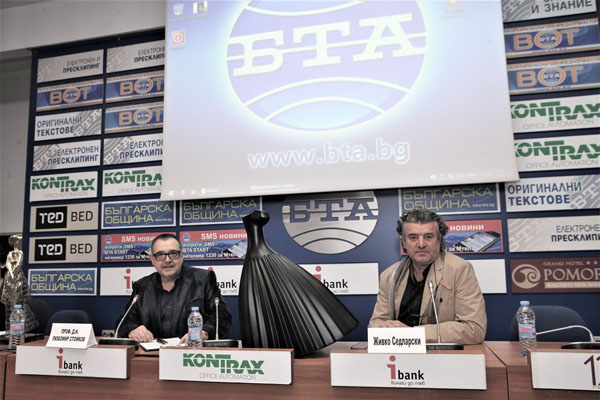 Makes as a donation relief of Hristo Botev for the facade of the Bulgarian Cultural Center in Paris. His work is also the sculpture "Mother" (also known as the "Rose-Picker"), which is located at the entrance of the town of Karlovo and is a symbol of the Rose Festival and the city. Among the most significant appearances of Jivko Sedlarski is also at this year's participation in the international Ginger Lake Biennial in Suzhou, China. 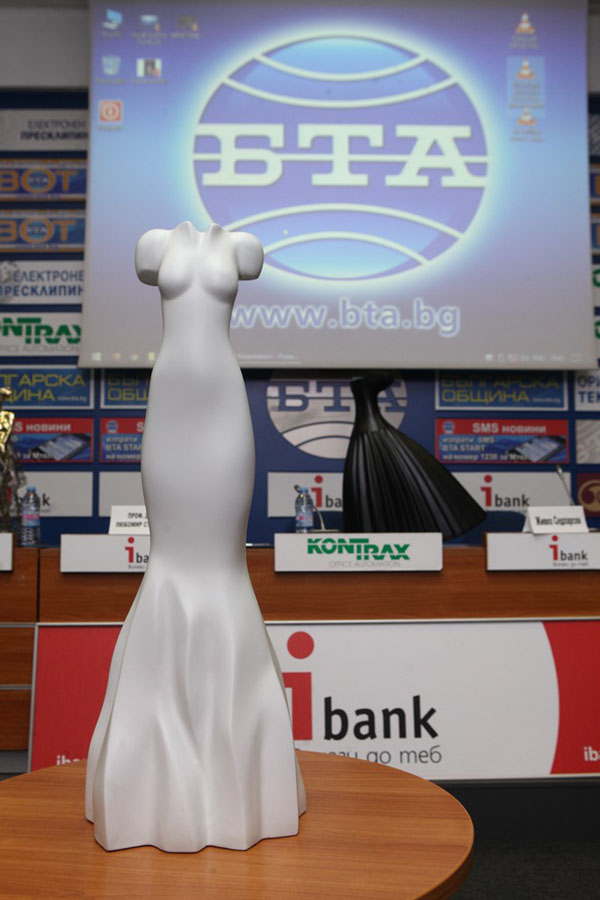 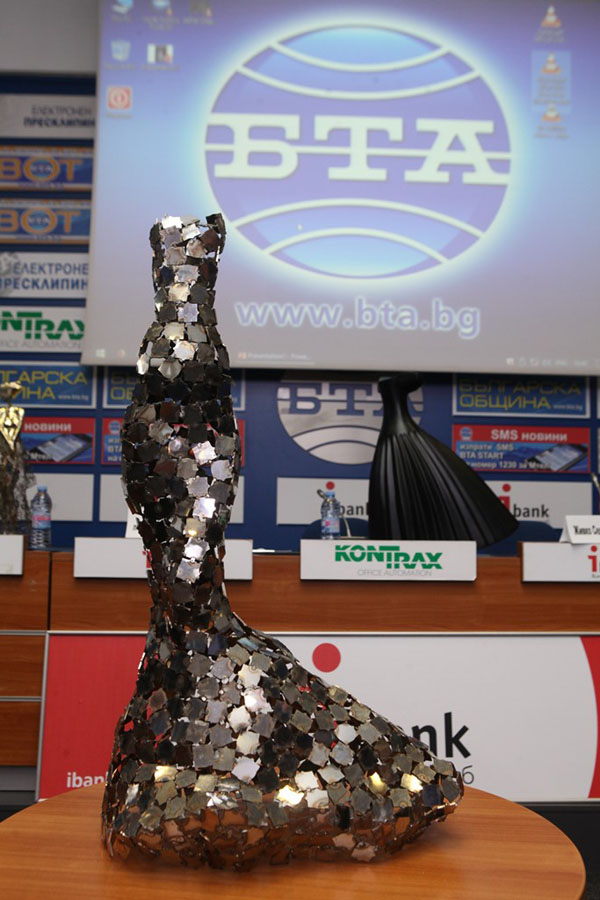 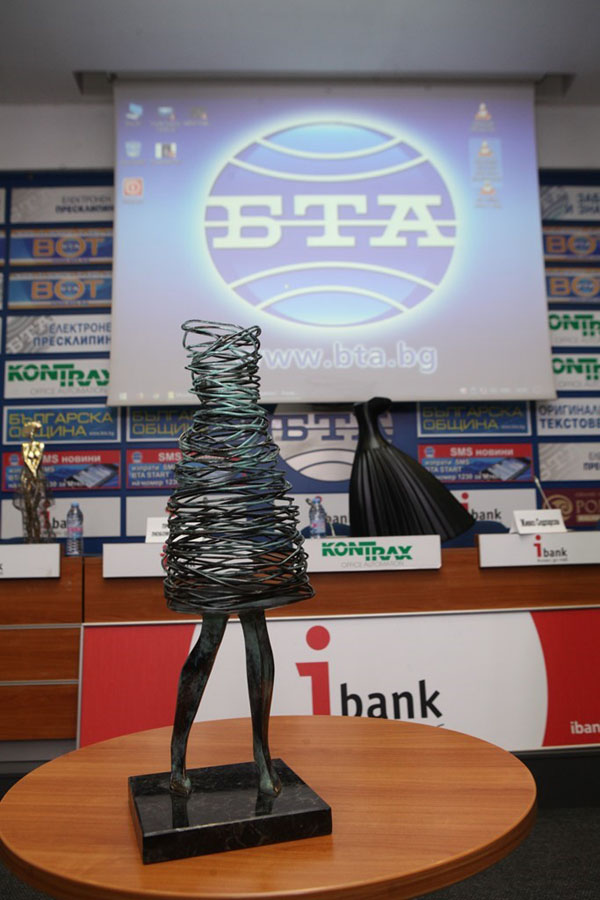 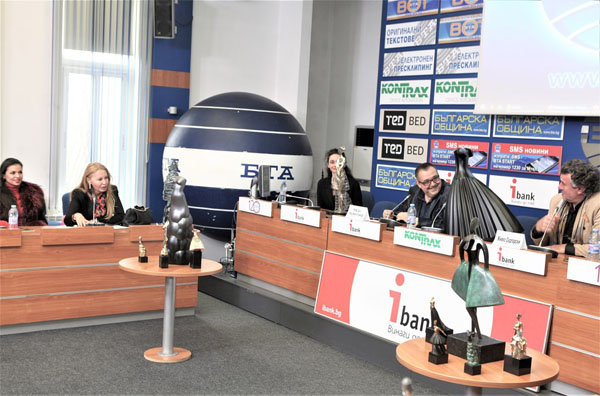 BG FASHION ICON 2018: NOMINATIONS BY THE ACADEMY OF FASHION

The prestigious "BG Fashion Icon" competition is organized for the tenth consecutive year. According to an established tradition, the Expert Council of the Academy of Fashion, including prominent lifestyle, fashion, secular journalists and editors from the leading print and electronic media, offered its nominations for the most stylish and successful Bulgarians of 2018. As before, the criteria that Bulgarian celebrities need to show to gain the status of BG Fashion Icons are qualities and virtues such as sophisticated and modern taste and style, high professional achievements, impeccable culture, morality and reputation. 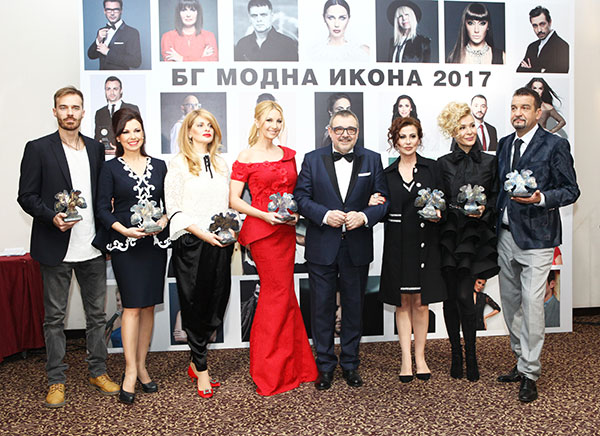 Prof. Lubomir Stoykov, President of the Academy of Fashion, said: "Colorful is the spectrum of stylish and successful people who have been nominated for this year. It includes outstanding personalities from artistic, journalistic, sporting, cultural, political, and other environments. I believe that the audience, the experts and the Academy of Fashion will do their job in a conscientious and precise way and will highlight the worthiest Bulgarians from a cultural, aesthetic and professional point of view. I hope that the future winners of the BG Fashion Icon Award will become more prominent as role models and that, with their very positive example, they will make a valuable contribution to the upbringing of youth, to the noble battle with bad taste, the prostitution and the kitsch. " 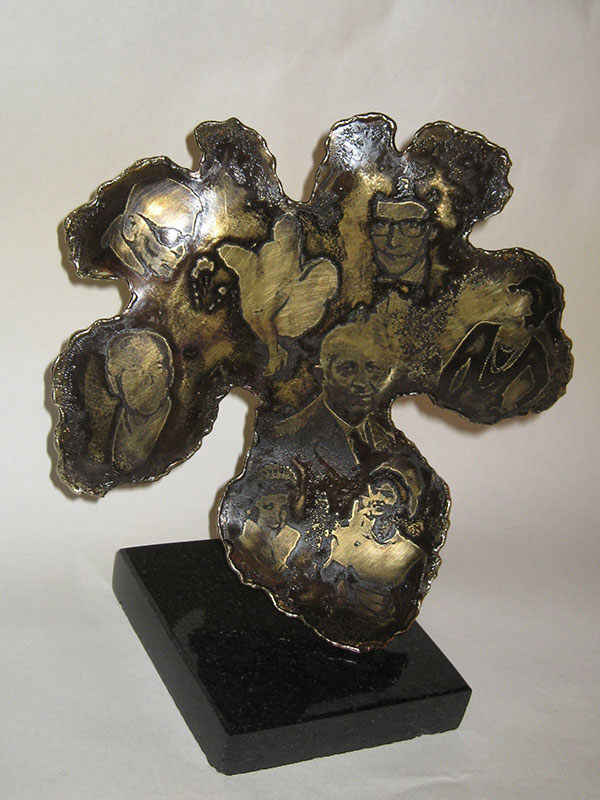 Online voting begins on November 1 and will last until November 20th. Anyone wishing to vote can do so at the following website: https://www.fashion-lifestyle.bg/igra.php. Organizers and sponsors have provided attractive prizes for recognizing the results of the vote. The award, that will be given to the "BG Fashion Icon" winners, is a sculpture made by the unique Bulgarian jeweler, Angelo Krasini. The statuette is an interpretation of Adam's and Eve's first clothing - the fig leaf - with the images of the most famous designers and fashion icons.

The prize "BG Fashion Icon 2018" will be awarded in December this year. at an exquisite ceremony at Vitosha Park Hotel. In the show, just before the official ceremony will be shown up-to-date collections of famous Bulgarian and foreign designers and fashion houses as well as - traditionally - debut works of students in fashion of Prof. Lubomir Stoykov from the National Academy of Arts. "BG Fashion Icon 2018" is realized with the kind cooperation of: "Kimbo", "Vitosha Park Hotel", “Nedelya”, "Paradise Catering", Marina Mladenova, Hair Box and Niki Tonev.

1. The "BG Fashion Icon", made by the best Bulgarian jeweler, Angelo Krasini.

2. The winners of the BG Fashion Icon 2017 together with Prof. Lubomir Stoykov.