BLACK IS NOT IN THE FASHION

Today's fashion owes its diversity not only to the unlimited imagination of the creators and to their original decisions. Models who appears on the catwalk, take part in the photo sessions and advertising campaigns of the fashion houses and designers are an important unit in the whole process, in which the fashion message reaches the audience. A key moment is diversity - racial, visual etc.

Nowadays the cultural landscape is well populated with actors, musicians, media moguls, businessmen, drawn from the 30 percent of the American population that is not white. Yet, if there is one area where the lessons of chromatic and racial diversity have gone largely unheeded, it is fashion. Or at least it was like that. 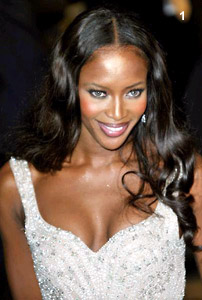 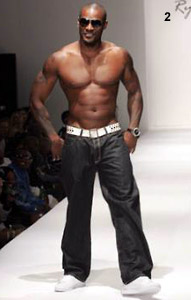 There's a disturbing tenedency and his reality was never plainer than during the recent showings of the women's spring 2008 collections in New York and Europe. Although black women in the United States spend more than $20 billion on apparel each year, according to estimates by TargetMarketNews.com, it was hard to discern an awareness of this fact on the part of designers showing in New York, where black faces were more absent from runways than they have been in years. Of the 101 shows, more than a third employed no black models. Most of the others used just one or two. "It's the worst it's ever been," said Bethann Hardison, a former model who went on to start a successful model agency in the 1980s that promoted racial diversity. Among the people she represented were Naomi Campbell and Tyson Beckford. Her statement is confirmed by a representative from "Marilyn" agency. According to him clients look only for "Caucasians".

Take for example the case of two young models, one white, one black, both captivating beauties at the start of their careers. Irina Kulikova, a feline 17-year-old Russian, appeared on no fewer than 24 runways in New York last month, a success she went on to repeat in Milan with 14 shows, and in Paris with 24 more. Honorine Uwera, a young Canadian of Rwandan heritage, was hired during the New York season for just five runway shows. 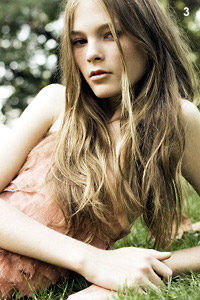 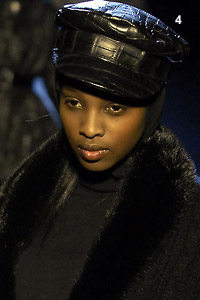 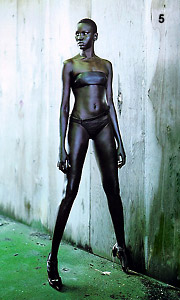 "We represent a lot of ethnic girls. "We include them in our show package, give them the same promotion as any other girl, and get the same responses: 'She's lovely, but she's not right for the show." said Ivan Bart, the senior vice president of IMG Models, which represents a roster of the commercially successful models of the moment, among them black superstars like Alek Wek, Campbell and Liya Kebede, Quiana Grant and Mimi Roche. Although, in fact, Ms. Roche and Ms. Grant, both black, were seen on runways in the last five weeks, the reality was that only one black model worked at anything like the frequency of her white counterparts: Chanel Iman Robinson, 17, who is African-American and Korean. Particularly in Milan and Paris, Ms. Robinson's was often the only nonwhite face amid a blizzard of Eastern European blondes. 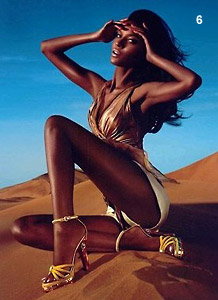 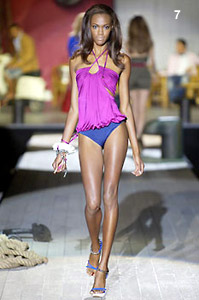 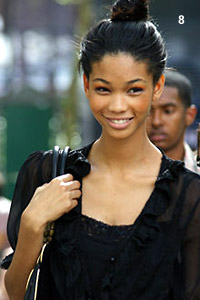 Agents blame designers for the current state of affairs. Designers insist agents send them nothing but skinny blondes. The current taste in models is for blank-featured "androids," whose looks don't offer much competition to the clothes. "We want to sell the model on the basis of her beauty, not her race," said Kyle Hagler, an agent at IMG. Yet when he sends models out on casting calls based on what he terms a "beauty perspective," omitting any mention to potential clients of race, "You always get a call back saying "You didn't tell me she was black."

MORE PUBLICATIONS:   ISSUE 3: SHOE maniac N1 * Imelda Marcos had thousands pairs of shoes and with her scandals attracted the interest of the world media   ISSUE 1: The philosophy of the stars: confessed sin - forgiven sin
﻿