THE PREDETERMINED SATAN IN THE FACE OF THE BLACK METAL SUBCULTURE

Once some people asked one of my friends what kind of music she prefers and she said that she prefers “black”, but she didn’t specify that it’s about black metal and the people decided that she prefers hip-hop or the so called “black music”, that is very popular today among the young people. This article is not about the hip-hop music, but about one very different sort of music, called black metal.

The black metal has typical sounding, that can’t be deranged. Fast guitars and drums, screaming vocals, piano instruments like violins, organs, choruses, even trumpets are the most used music means in black metal. Especially the winds are used to create the dark, moody and scared atmosphere of black metal.

Make-up and clothes
The admirers of black metal usually copy in every way their idols from their favorite bands. They copy every movement, every new accessory, and every new and extravagant cloth. The make-up is deathly, the look – severe and unforgivable. The black and white are the basic colors in the make-up, and the way of painting of the faces is borrowed from the German folklore. In the Norway mythology it is associate with the reminding vampire/goblin appearance of the members of the legions from death souls. To a great extent the black metal make-up reminds of the make-up of the members of bands like KISS, Alice Cooper, King Diamond etc.

The dominating black color in the clothing of the black metal isn’t explained like simple association with the name of the style, or like attempt to attract the attention or like a feeling of inferiority like the psychologies interprets it, but the black color contains very deep symbolism. The black is the color of occultism, of the strange, of the mysterious and of the endless. It is the color of the death and of the funeral. 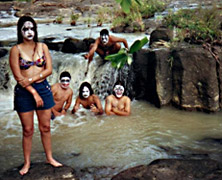 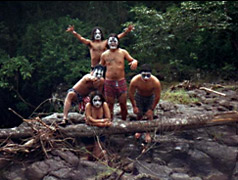 In Latin America the representatives of black metal subculture also don’t miss. They also are extremely colorful and they provoke the interest of the explorers. 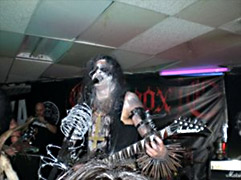 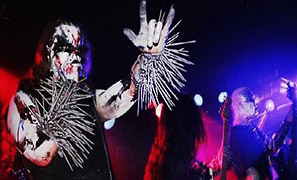 It is interesting the way, in which the black metal subculture is identified. Make-up, ornaments, jewellery, clothes – there is no other way to derange them. Many of the accessories look to a great extend like the accessories of other metal subcultures, but it is inevitably, because this kind of subculture is under the name of the metal as a whole. In spite of this the black metal objects are exceptionally interesting and fascinating. 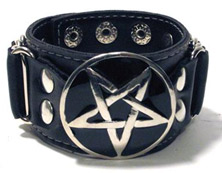 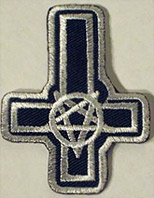 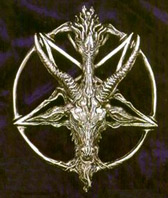 The envious man
As the look of the black metal performers is quite shocking, sites, in which are published pictures from concerts, where the performers are caught in quite uncomfortable poses are not missing. Of course, there is always someone who takes advantage from such situations and uses the photo material for personal purposes. Here is one site with such purpose: There are published the opinions of the readers, which are quite contradictory, accordingly to their interests. One of them protests, other are happy to read it. It is very important to be yourself, but the most important is – do not lower the reputation of someone because of catched situation, because nobody knows when your image will be destroyed. 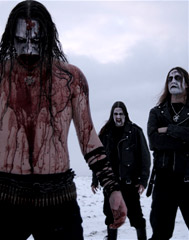 Black metal bands
The bands with black metal sounding are so much, but the greatest bands from them are Dimmu Borgir, Immortal, Emperor, Marduk, Cradle Of Filth. One of the most interesting is Marduk. The Swedish extremists are maybe the most influential black metal band. After 15 years at the stage, they will conquer the BG scene at 9th of January 2008, after that once their concert was canceled in September last year.

The name of the band has its history. Marduk is Acadian and Babylonian God, supreme God and king of Gods and mortals in Babylon, God-creator. Marduk is divinity of the autumnal sun, of the incarnations and the predictions. Namely from the mythology are inspired the performers for the creation of their image and texts. 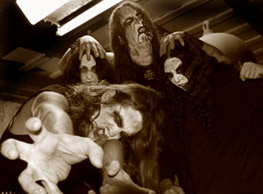