MINI OR MAXI – THAT IS THE QUESTION? 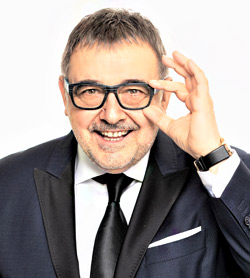 As a question, "Mini or Maxi", as you can guess, is somewhat an artificial dilemma, and somewhat a flirtation with Shakespeare ("To be or not to be") and Erich Fromm ("To have or to be"). Transferred to the field of fashion and visual culture, however, this question provokes a number of answers about improvisations in the contemporary style, the choice of aesthetic vision, fashion doctrines and fashion alternatives.

Wearing long dresses and skirts in historical and cultural terms is presumably associated with the ideals and norms of beauty that prevailed during the millennial existence of human civilization. The "long" fashion is typical of the aristocratic, palace and noble manner of dress. The maxi style is associated with the names of Charles Frederick Worth (the father of haute couture), Paul Poiret, Lanvin, Paquin, Christian Dior and others. A shallower and hastier explanation would be satisfied even with the finding that maxi lengths (long dresses and skirts) are conservative fashion, and miniskirts and mini dresses - rebellious and provocative fashion. To some extent this is the case, but only to some extent.

Let's dispel a misconception that mini fashion is something new. This style is not an invention of the modern era, as examples of mini dresses and cute skirts are available in the fifth millennium BC. But the social and aesthetic role of mini-skirts stood out especially powerfully in the late 1950s and early 1960s. We cannot but link the emergence of this liberated (and for many Puritans - immoral) fashion with women's rebellion, baby boom, sexual revolution and, last but not least, women's struggle for equality and the role of miniskirts as a symbol of feminism and emancipation. A separate topic is that in temporary wars, economic crises and other social upheavals, skirts and dresses were shortened due to material and textile shortages. The role and credit for the discovery and imposition of this style by such iconic designers as the Englishwoman Mary Quant and the Frenchman André Courrèges, as well as, of course, the youth subcultures and the dynamics of the street, of real life, is very great.

The new radical way of dressing is the result of the change in thinking and behavior, of the whole value system and culture of the latest generations. This type of appearance is undoubtedly connected with the street, with the dynamic way of life and with the coming sexual revolution. The greatest merit of Mary Quant and André Courrèges is that they both simultaneously or almost simultaneously give conceptuality to the "short" and turn it into a long-term trend of dressing, following and imitating. In 1961, Courrèges showed his first collection of miniskirts. In them, and later in his other works, his sense of clean and clear construction, geometric shape and something that is especially important - his constant desire to free the body, to give him the opportunity to "breathe", to dance - is clearly visible. and to play sports.

Mary Quant instinctively captures the messages of youth subcultures and the street appeal for bolder women's clothing. Seeing her friend shorten her skirt with scissors to do the housework better, she spontaneously exclaims that this outfit is not only more comfortable, but also sexier. Quant is making a big boom by starting to offer short dresses and skirts, as well as women's shorts, the so-called hot pants in his Bazaar store on King's Road in London. The public debates between her and Andre Courrèges over who is the creator of the mini style begin. Courrèges claims: "I invented the mine. Mary Quant simply commercialized the idea. "And Quant did not owe him anything, objecting with the words:" Neither I nor Courrèges came up with the idea - it was done by the girls on the streets. " It is fair to note that before them other designers such as Balenciaga and Yves Saint Laurent, for example, have launched single models, sustained in mini lengths, but the great credit for the conceptual justification of the trend goes to Mary Quant and Andre Courrèges.

At the dawn of mini fashion, there is a lot of resistance to its "corrupting" role. Not only puritans and guardians of strict morality, but even famous designers like Coco Chanel, for example, speak out against it. Referring to the mini dresses offered by Courrèges, she said angrily: "The man aims to destroy the woman, to destroy her form, striving to turn her into a little girl." The answer is Andre Courrèges's cold-blooded and insightful remark: "I made women twenty years younger without using a scalpel."

The merit of popularizing the mini fashion of such influential ladies as Jackie Kennedy, Brigitte Bardot, Twiggy and many others (in our country, for example, Lili Ivanova) is well-known, as well as the wit of Winston Churchill, who says about naked women's knees.: "Never in the history of fashion with so little material has so much been shown!".

…In the modern women's dress code there is a place for maxi, mini and midi, as long as there is beauty and comfort and most importantly: the spirit of the time, and we, the Bulgarians, can be proud of the fact that the French designer Daniel Hechter (of Bulgarian origin) has the credit for the return and imposition of maxi style in the 70s as opposed to mini fashion.