The Cannes Film Festival returned from a one-year absence due to the coronavirus pandemic. The 74th edition of the festival debuted on July 6, 2021 with the screening of the film "Annette" directed by Leos Carax. The competition program includes 24 films, and the big winner and winner of the Palme d’Or Award is the film "Titan" by French director Julia Ducournau, who is the second woman to be awarded this prize. 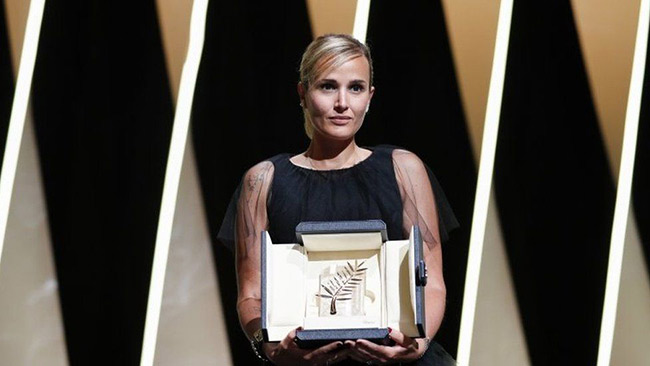 The Bulgarian film "Women Do Cry" with directors Vessela Kazakova and Mina Mileva also took part in the festival in Cannes. Starring Maria Bakalova, an Oscar nominee in the Best Supporting Actress category for her role in Borat 2.

The red carpet of the glamorous event welcomed celebrities who confidently posed in dresses by famous designers. French cinema star Marion Cotillard has established herself as one of the best dressed women in Cannes this year. At the premiere of "Annette", the actress appeared in a shirt with a print of "Chanel", black cycling leggings and boots over the ankle, which complete the black and white dress. Her makeup was light and accentuated her natural beauty. The hairstyle - tucked on one side, which complemented the already minimalist look of the actress. 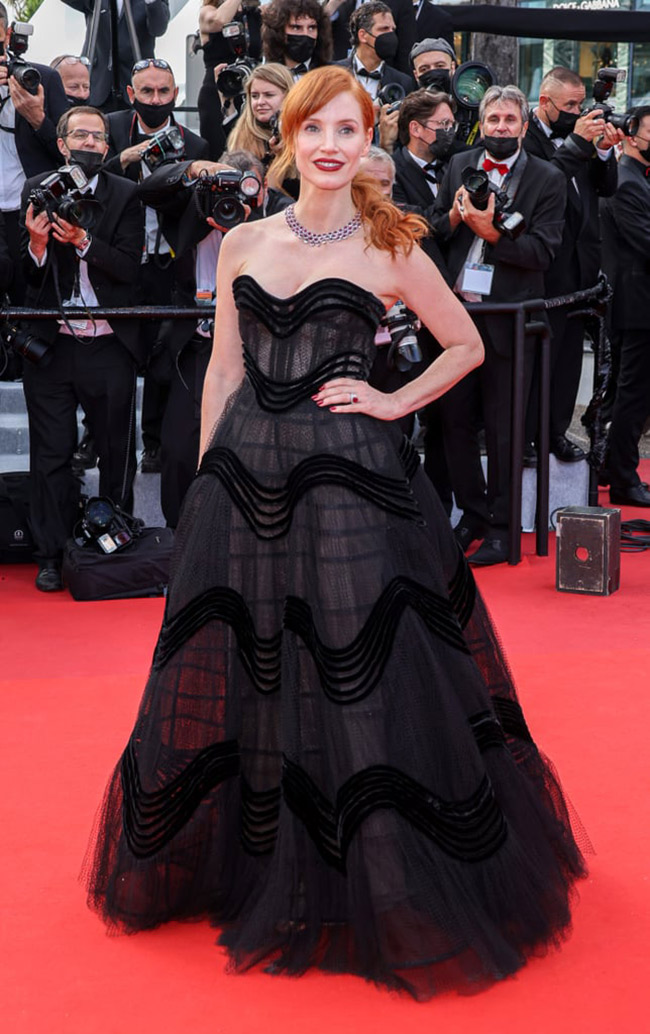 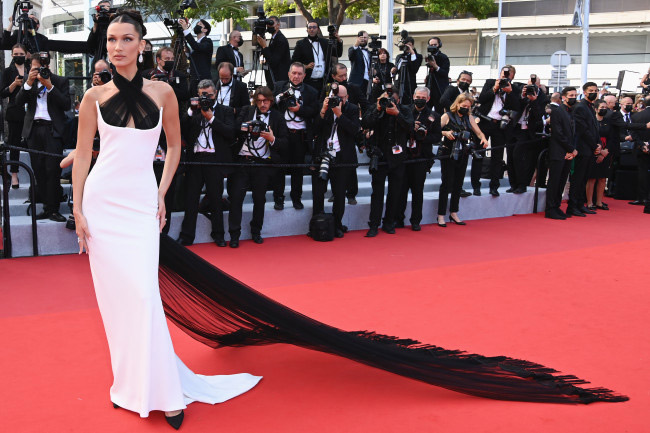 American actress Jessica Chastain opted for a dress with a corset by Christian Dior Haute Couture, combined with almost 200 carats of rubies from " Chopard". Chastain's stylists have opted for classic red lips that match her red hair, styled in Hollywood waves. The star of the event turned out to be Bella Hadid, who posed in a vintage haute couture dress by Jean-Paul Gaultier in black and white. 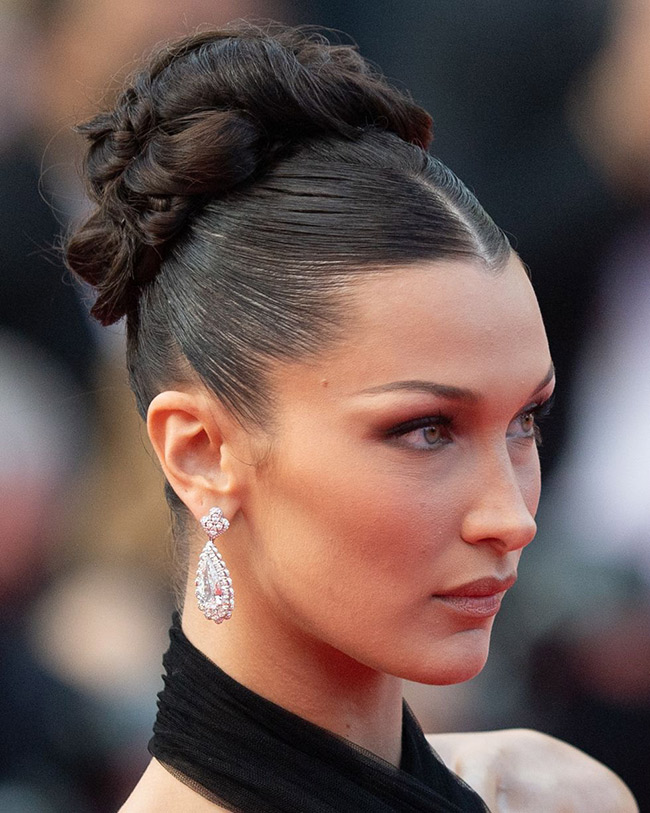 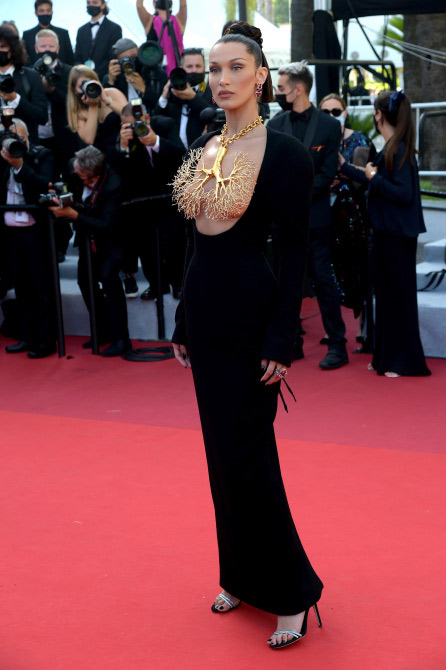 The top model drew attention to herself again, but this time in a tight black dress with padded shoulders by Schiaparelli. The accent was one of Roseberry’s sculpted designs, designed to resemble the anatomical composition of the bronchi and made of gilded brass. The necklace was placed on the open neckline of the dress, which made it more provocative. The star of the festival had bet on her hair raised in a bun and well-emphasized cheekbones, which became her signature. 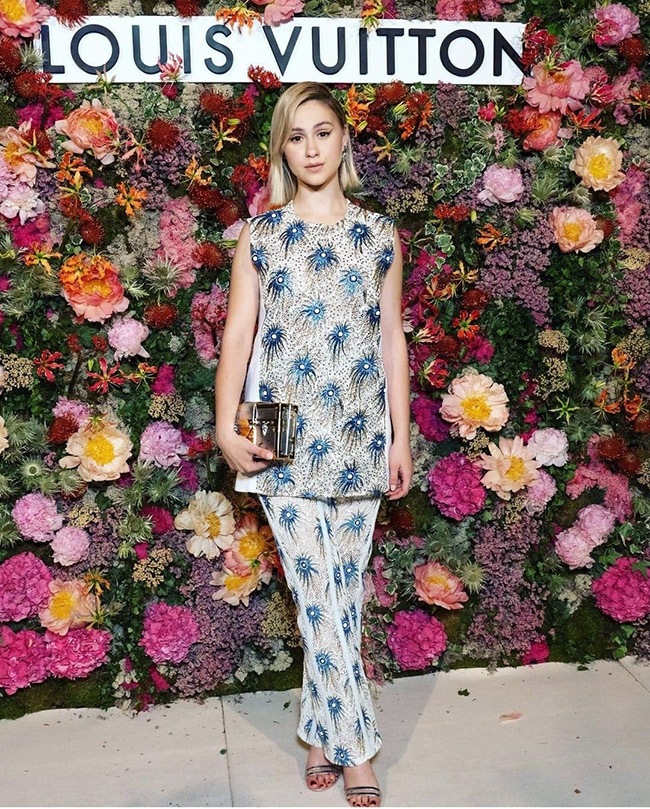 Native actress Maria Bakalova debuted on the red carpet in Cannes in a dress with sequins in two parts, the work of "Louis Vuitton". As an accessory, the Bulgarian star held a golden bag. At the premiere of the film "Women Do Cry" Bakalova shone in a green dress, again the work of the French fashion house. The outfit consisted of a long-sleeved tunic with a gold ribbon on one shoulder and shorts, which the actress had combined with white boots with pink and orange stripes. Bakalova's make-up was light, emphasizing her innocence. "What I love is the carelessness and freshness that Louis Vuitton possesses. Especially the green dress gives a futuristic look," she told Vogue. The red carpet in Cannes brought together two of the Bulgarian women from the world cinema scene - Maria Bakalova and Nina Dobrev, and they captured the moment with a careless selfie. 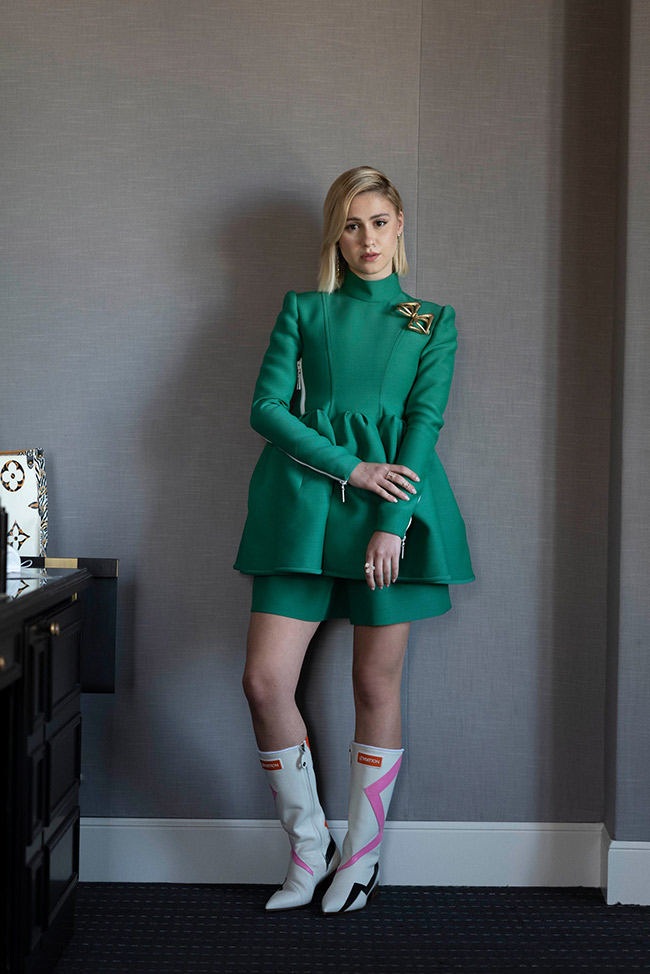 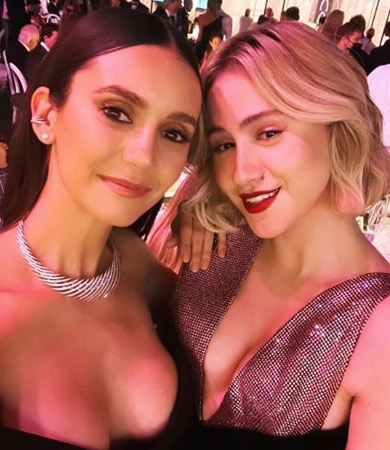 International author and commentator Iveta Cherneva attended the film festival, for one of the evenings of the event she had chosen a skirt from fashion house “Blink” with designer Radoslava Lazarova as part of her overall vision. 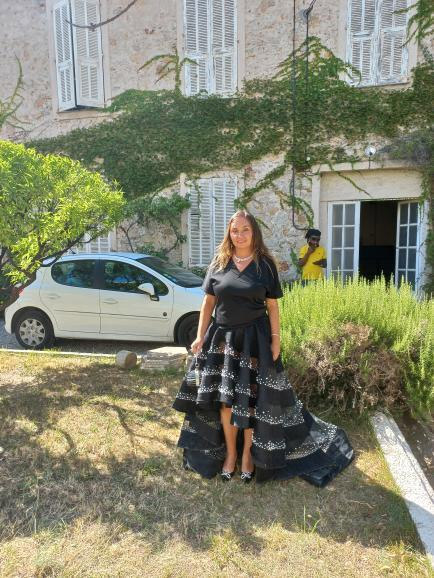 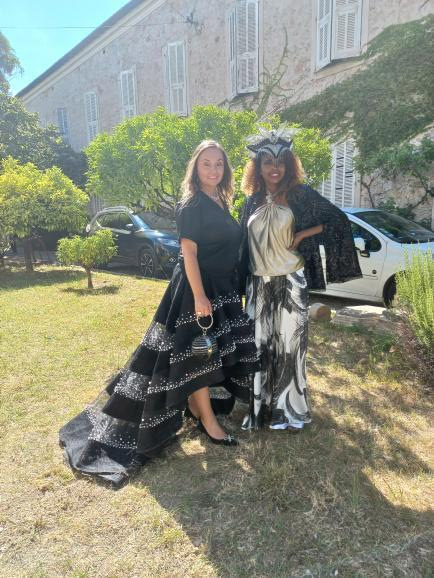