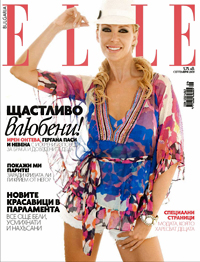 he new issue of Elle magazine proves that modern families live without any prejudices against former marriages and stepchildren. There are some examples – the high life couple Iren Onteva and David Bucholini, the family of politicians Gergana and Solomon Passi, the relationship between Nevena and the musician from Ku-ky Band Venelin Venkov.

Gergana Passi shares the lovely feeling of being mother of the 9 years old Ekaterina, wife of Solomon Passi, friend of his son Isak and a politician with lots of successes and a good name. She reveals that the way to happiness passes through warmth, calmness and a possibility for development of every member of the family.

Nevena and Venelin Venkov have had a relationship for two years. The singer does not feel worried about the fact that her boyfriend has a child from his former marriage. The most important for her is to get on together. Venko does not like his daughter Poli to accept his girlfriends as stepmothers. 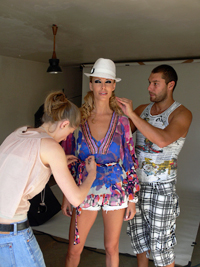 Iren Onteva and David Bucholini have lived like a family for three years. Although both of them has a child thay manage to build a united home where the 4 years old Christian and 11 years old Franceska feel like real brother and sister. The famous top model shares that the best way to achieve this is to find the balance between love and the emotional equilibrium of the children. David thinks that family means many things and the most important is to feel wonderful with the appropriate person. Thanks to rhis philosophy, Iren and Franchie are very good friends and Chris and David often have their “male conversations”.