Are drugs in fashion still in vogue? 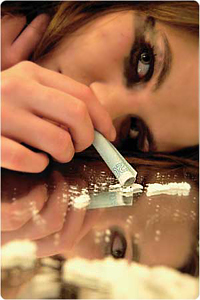 The alliance between fashion, alcohol and drugs has a long story. This issue is put on the agenda since the ’60 and it reaches its culmination ten years later. This is the time when Studio 54 became so popular. The cruel truth is only one: nowadays a drug-addicted model sounds as natural as a footballer’s wife.

For example, Naomi Campbell initiated legal proceedings against The Mirror newspaper, which splashed her leaving an NA meeting across its front page under the headline: "Naomi: I am a drug addict". According to the publishers Naomi "misled the public" when she told that she has never taken stimulants or tranquillisers.

It is a well known fact that fashion and drugs are old friends or even co-dependents. The death of the 20-year-old photographer Davide Sorrenti (brother of Mario Sorenti who at that time dated Kate Moss) from a heroin overdose in 1997 showed what happens in the backstage. His girlfriend at the time was the model James King. She was 14 when she was first offered heroin on a fashion shoot. "I was surrounded by drug abuse. It was something that was always there. The editor, the photographer, everybody was smoking or shooting drugs, so it was natural for me. I just thought that was the way things worked. Did I shoot heroin? No, I sniffed it." 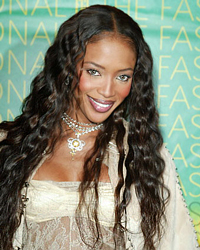 Heroin didn't have a real fashion moment until 1993, when the young Kate Moss, became the face of "Heroin Chic". James King also remembers those years, "I looked so skinny, with black circles under my eyes. I looked sick but that's what they wanted to look like". Kate Moss herself said, "I don't do any more drugs than anyone else. Not heroin after everything that happened to Davide." Is Kate sincere? No one knows but this statement sounds more likely than the categorical Naomi’s “no”.

Many of the supermodels claim that they have never even seen drug-use in the fashion industry. "I hear rumours but I've never seen it," Cindy Crawford says. "Maybe it's me being naive," Christy Turlington says. "I experimented with drugs and alcohol at school but not when I started modelling. I never saw drugs in fashion. People were not doing drugs in the make-up room." 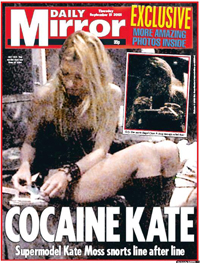 The photographer Patrick Demarchelier also shares his opinion. “Modelling is a very hard job. It is impossible for a model to be so successful and be on drugs."

The fact that the success of a model and drugs are mutually exclusive is very clear. It seems that some girls are aware of it – those of them who managed to save their careers and their lives.

There is a lot to say, but the most important thing is that drug addicted models are victims but not the enemy.